Parenting After Loss: Ending Our Journey 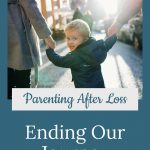 We are done having kids.

That phrase, which I always assumed I would say one day, has now been said as we have made the decision that we are not going to continue attempts for a third child, a second living child. And I will say those five words pack quite a punch behind them. 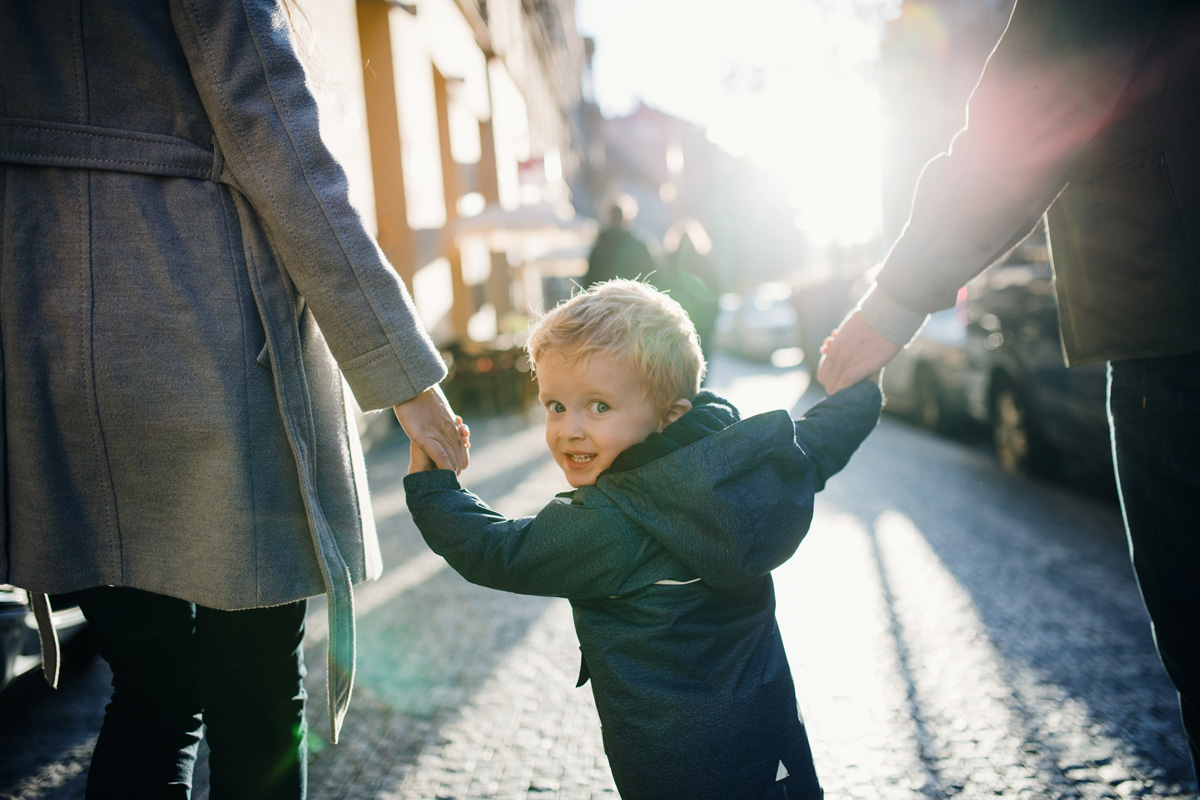 There are moments when I hear the words in my head or see them written and think, okay, that feels great, there is some finality to everything, and I appreciate that. And then there are others where the idea of not having another baby hurts.

So, let me take a step back and talk about our process, our decisions, and how we got here.

In our first experiences of loss, whether through infertility or miscarriage with Sweet Pea, it was easy to say we are trying again. The whole infertility and trying to conceive system is set up on the premise that because you want a child so badly, you will immediately jump back on the proverbial horse and try again. And that is what we did, over and over again. We would cry, grieve, and then wait for the next cycle to do it all over again. It was easy to do this—we did not have a child at home and we wanted one. Making the decisions we had to make without living children morphed it into an obsession. It was not simply a yes or no, it was a “we have to do this.”

For anyone who has ever complained about the noise kids bring to a house (and rightfully so), I will say that the silence that comes when all you want is a baby, that silence is deafening. The silence of the empty rooms is so overwhelming that it can feel like the walls are closing in on you and that the only way to end that feeling is to have a child in that home, to have noise and life and joy to stamp out the sinister feeling of silence. And so I have no doubt that if it had taken 30 more tries, we would have done it without question because becoming parents and then post-Colette, becoming parents who could bring a new child home came from a deep-seated feeling of desperation and desire.

When it looked like things were progressing enough that we would in fact bring LL Cool T home, we did so in a very protective manner, telling each other that this was our only child, that we were not planning to do this again and we were okay with that. Of course, once we brought him home and fell in love with him and each other over and over again, that sentiment, that feeling that we could say, yup, we’re done, started to fade away.

When Elliott was almost a year old, we began talking about having another child.

I had started to feel more comfortable with the idea of me being pregnant and had a good talk with my OB at my yearly exam in which she seemed to be optimistic about my chances. My husband and I did a telemedicine visit with her and felt like it could be possible for me to carry our third child, but of course, with some hesitations given my history and the additional risks that another pregnancy brought. We also contacted our surrogacy agency and found out that G was available and willing to try again with us. After weighing the options, we decided the safest, most predictable path was to do surrogacy again.

So, we have been on a second surrogacy journey that we finally ended last week without a baby or even a positive pregnancy test.

Throughout the whole process this time, it felt like none of the magic that we had so intensely felt with Elliott was there. I found myself fighting with our surrogacy agency to try and get information, to get them to respond to me, to keep us in the loop. While eventually, my advocacy led us to a much better situation, there was damage done there because we found ourselves often with a guard that remained up in most of our interactions. G went through three cycles, one transfer, two cancellations before Mark and I called it, saying that we were too emotionally spent and physically exhausted to continue doing this, especially knowing that if a transfer was successful, it just meant we had 40 weeks (hopefully) to worry about every tiny thing that could go wrong.

I think it is the best decision for our family, and I feel good about it, but I also am mourning. But, this mourning is different.

While I am mourning a child that never came into being, I also know that even if tomorrow, we had 12 babies dropped on our doorstep, our family would always feel incomplete. We would always be missing pieces of our family. And so the mourning is two-fold: mourning a child that remains a vision and not a reality and mourning a daughter that we are still parenting, but not in any sort of way we could have ever imagined. And with that comes a lot of opposing and conflicting feelings.

I think a lot about the fact that while my forever vision of raising kids was to have two girls, I will not have the opportunity to actively parent a girl, and that makes me sad. Then, I relish the fact that I get to be a boy mom because it’s been so much more fun than I could have ever imagined.

I mourn the fact that Elliott will not have a co-conspirator, an ally, and a sibling, at least not in the way that friends and peers without loss have. Then, I think about how much more appreciative he will be of life, how much more he will understand about death and how fragile life can be, that he will learn lessons as the sibling of an angel, lessons from his parents’ grief and from his relationship with Colette that not many kids will have the chance to learn as adults, let alone kids.

I worry about if and when the time comes that our kids will have to make decisions about our healthcare and wellbeing; he will not have a sibling he can rely on to make the decision with him. But, then I realize that he will develop strengths and understandings that his peers may never possess.

It is tough to make these decisions no matter what the situation, but when you are making them after a history of loss, after looking at the world and saying, well, it should look like this, but now we have to redraw the picture, it becomes even tougher. Like every step on this journey that we look back on, we will survive this one, too, and this time, with an incredible toddler with us.