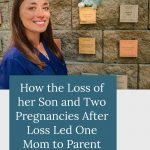 My husband and I decided to begin our family back in 2014, and neither of us knew that loss was a possibility. When we miscarried our first pregnancy, I hardly told anyone about it. I was ashamed that my body did not seem to follow through with what it was made to do. We became pregnant again a few months later, and I constantly checked for signs of a miscarriage. Fortunately, all was absolutely normal, and we sailed straight through every appointment until I was just shy of 34 weeks along.

In May 2016, we were busily planning for the arrival of our son, Richard.

The nursery was slowly coming together, and we purchased a car that I deemed, “the mom-mobile.” Our living room was overflowing with baby items from our recent baby shower, and we had a weekly countdown on our kitchen table: 6 more weeks! Although Richard’s movement had slowed over the weekend, I naively assumed that it was normal. When I went to work that Monday, I had contractions all day, but I thought that they were pains typical of pregnancy. I am a high school teacher, so when my students saw me grimace, they were worried for me. I managed to teach each class, but as soon as the final bell rang, I went to see my OB.

Richard failed the NST in the doctor’s office, so I was told to go to the local hospital. He failed another NST and then a BPP. It was then that it was decided that he was to be delivered via emergency c-section. My midwife promised that he would be “safer on the outside” with the NICU, so although I was scared, I never thought we would lose him.

Once he was delivered, an eerie silence fell over the OR, and I could hear my doctor and midwife quietly talking about how much blood there was. Suddenly, the NICU team seemed to double in size, and my husband rushed out to be with our son.

When I finally got to hold Richard in my arms, I was told that it was also time to say goodbye.

I remember saying to my husband, “But he looks so perfect.” I always wanted to see my husband holding our son, so it was bittersweet to finally see that moment happen. We were parents, but we were going home with empty arms. During our stay in the hospital, we both agreed that we were going to have another child, regardless of our fears. 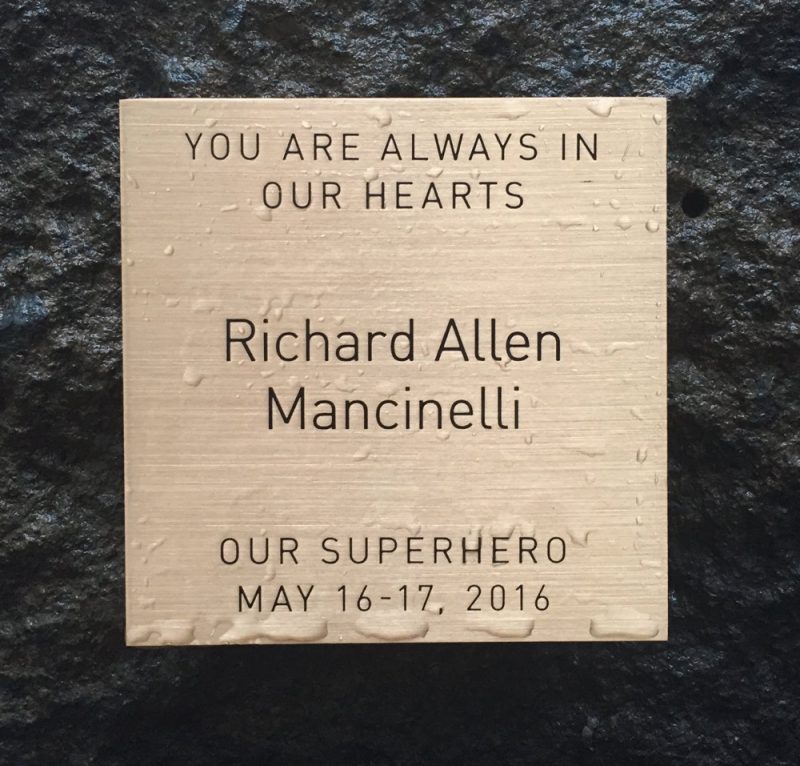 We went on to have two rainbow pregnancies that resulted in two beautiful, vivacious girls.

During our first rainbow pregnancy, I could not allow myself to believe that she would arrive safely. I refused to purchase any baby items, and I would not allow my husband to resume work on the nursery. Early in my pregnancy, I chaperoned a school trip to Disney World, so I was away for several days. When I returned home, I noticed that the nursery room light was on. The room had been unopened for the last year, so I was unnerved. I walked in to see that my husband had begun setting up the room: clothes were in the closet, the bassinet was in the corner, and a stuffed animal sat on the rocking chair. An eternal 76ers basketball fan, he encouraged me to “Trust the process,” and let him prepare for our daughter. That was the first time that I allowed myself to believe that she would come home with us.

In September 2017, our oldest daughter arrived safely, and our lives changed forever. For the first time, I was able to see my child’s eyes open, feel her grip my finger, rock her, nurse her, and hear her cry. Those were things that I never got to do with Richard. As I watched her grow, I often wondered what Richard would have been like. Would they have the same hair color, the same eye color, the same personality traits? Although she already had a sibling, my husband and I knew that we wanted to make her a big sister. We wanted to watch her develop a bond with her sibling.

On New Year’s Eve of 2019, our youngest daughter came into the world. At just 34 weeks, she was another emergency delivery. We thought we knew what to expect with pregnancy after loss because we had already gone through it and had a healthy rainbow baby. However, this pregnancy was far more complicated. She was deemed to be at high risk for hemolytic anemia because I was having an isoimmunized pregnancy (basically, my Rh negative blood was incompatible with my Rh positive baby’s blood). My doctors opted for delivery because she was becoming anemic and needed care in the NICU. At times, it felt like this experience was mirroring Richard’s delivery, but I kept pushing those thoughts away. My oldest daughter had been born safely, and her little sister would be too. Both girls had excellent doctors to care for them, and the entire team was aware of the complications. Needless to say, after a tough battle in the NICU for a month, our daughters finally met one another and we began the next chapter of our life together. 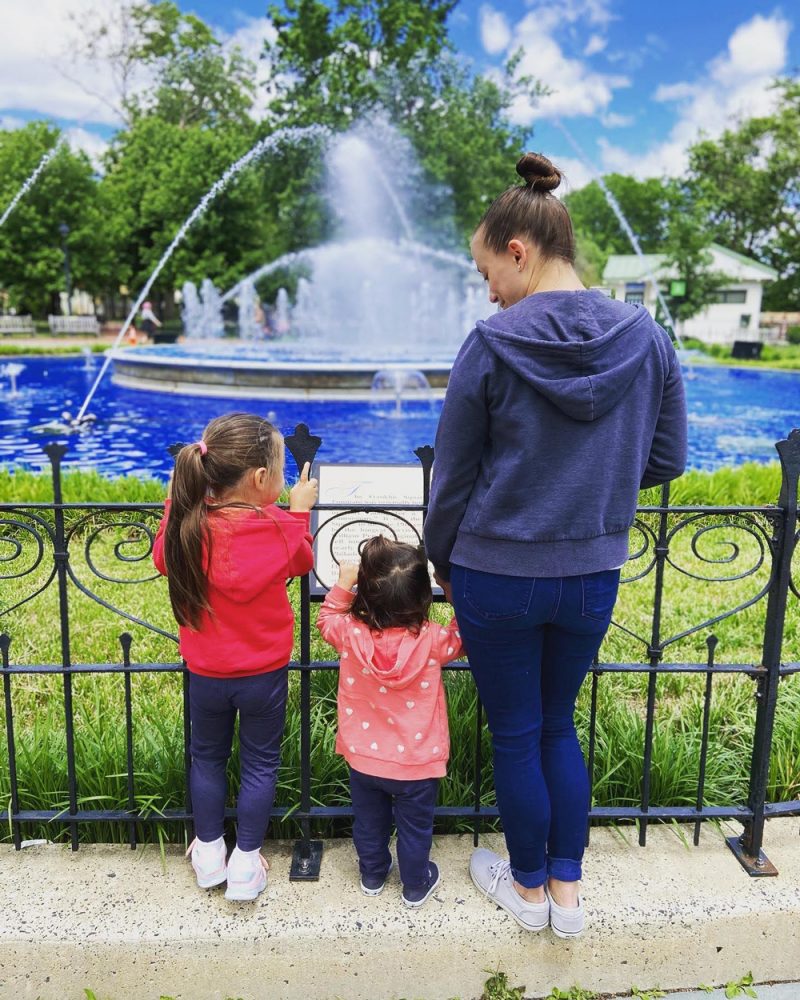 Throughout my pregnancies, I made a promise to myself that although Richard was not physically here, I would continue to parent him.

Part of my parenting is making his life known to his little sisters. Our oldest will go through phases when she is inquisitive and wants to talk about her brother and see pictures. I take them with me to decorate his memorial plaque for each holiday. We also do random acts of kindness together to celebrate his birthday each year. And now, I am showing them that his life is driving me toward advocacy work because I want to help others who are in the same position as me. 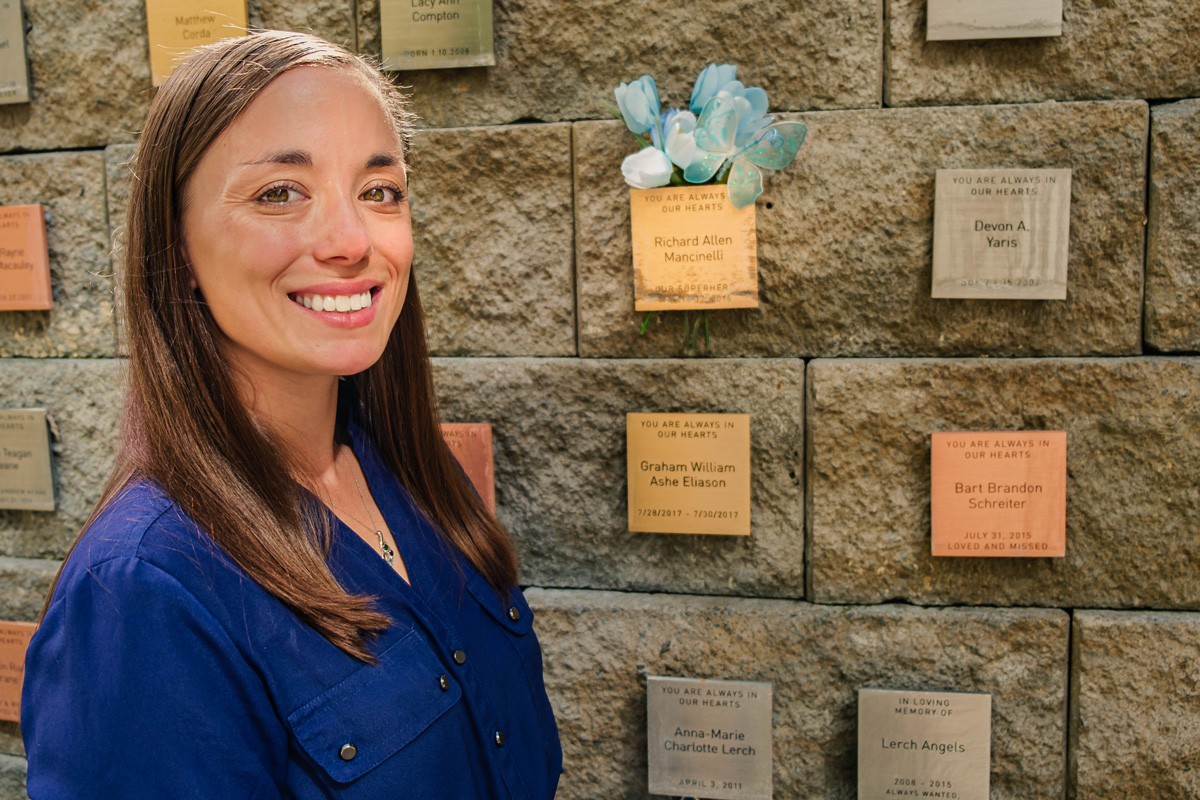 I founded the organization, Start Healing Together, to support educators experiencing pregnancy loss and infertility. Experiencing this type of grief and returning to a classroom to teach children is an incredibly complicated dynamic. I want to provide the support that I wish I had five years ago. We provide emotional support, guide members to helpful resources, and advocate for member rights. We also give guidance for how to talk to a grieving parent in a compassionate and sensitive manner. This work has allowed me to continue parenting my son, to make his story known, and to show my daughters what a powerful mother can do.

About the Author: Jacquelyn Mancinelli

Jackie Mancinelli is a high school English and ESL teacher in New Jersey. She is the founder of Start Healing Together, an organization dedicated to supporting educators experiencing pregnancy loss and infertility. She is also the New Jersey Ambassador for Count the Kicks. Follow Start Healing Together on Instagram and Facebook, and check out their website. To learn more or to start a chapter at your school, contact her at jackie@starthealingtogether.com.