This Pain Will Be Useful To You 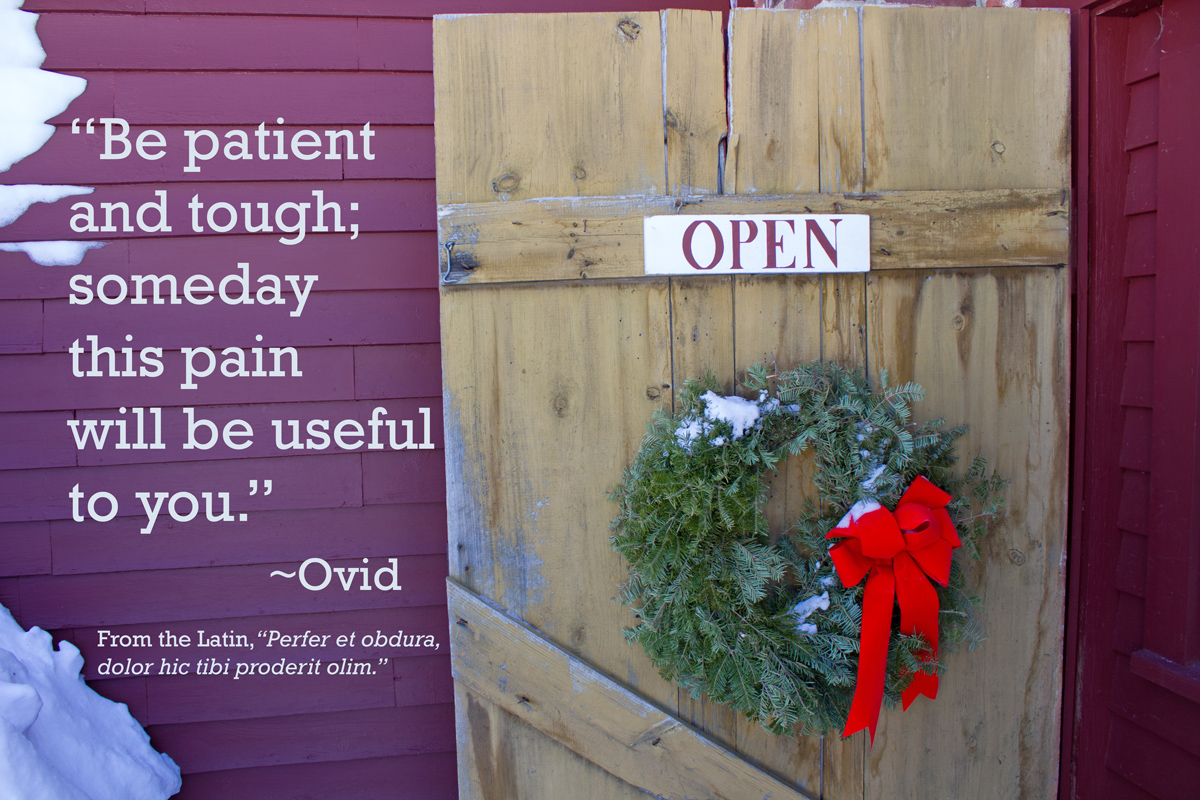 This holiday season will mark five years since we lost Em. It’s with bewilderment that I can even write that sentence. Five years.

That Halloween, we sat around as kids came to the door in anticipation of each costume. We would laugh and picture Em in all of them. We’d talk about our costumes from when we were kids and we probably planned out all 18 years of costumes without any input from him. It was naïveté as its finest. I’m pretty sure that just happened the other day.

I’m also fairly certain it was just yesterday that our whole family sat around eating Thanksgiving dinner. The only topic of conversation was baby. I recall it being one of the greatest days of my life. My favorite holiday, discussing what would be the greatest moment of my life.

The rest of the holiday memories are treacherous.

It was a week before Christmas, days before our huge family gathering, and suddenly with no warning at all, we were told that our son was in a dire situation. It was so dire that it was “inevitable” that he would die. We didn’t understand. There were no signs. Why? He just wasn’t growing anymore. She told my wife that her uterus was a “hostile environment, ” two words that are likely the worst thing you could say to a pregnant woman just given the worse news of her life. How long? He would be “lucky” to make it a couple more days.

How? Why? The pain was piercing. The pain was dull. Consuming. He kept hanging on. We kept feeling him kicking. Maybe they were wrong. We must have spent every day at a new doctor. They weren’t wrong. Was it hope or denial? He was still there.

On Christmas Eve, we spent the evening in the emergency room, after my wife was sure that she had lost all sense of movement. We were given a fleeting glint of hope, a pretend Christmas miracle, that everything was fine. He was a week away from 24 weeks where we could possible induce labor, albeit a size (19 weeks) that would make a NICU rescue seem faint and hopeless.

A few days before the New Year, at the weekly checkup, it happened. The heartbeat was gone, on the sonar. They wanted to make sure on an ultrasound, so we waited in another room for the technician. We knew. But we didn’t…know. That torturous feeling. A feeling of lingering in purgatory, but knowing the pending journey, is able to be resurrected on command, as if opening a toy box.

And so it was.

All we wanted to do was get into the hospital. We would have to induce labor, and my wife would have to deliver our baby that we knew had already died. Our OB/GYN called around to hospitals in our area for almost 36 hours before she was able to get us a room. It was the end of the year, and all the maternity wards were booked solid. Why? Because everyone else was inducing labor — just to get the tax break.

This was the ultimate salt in the wound. I have never been so red with anger. It felt so selfish, so contrary to the entire point of parenthood. I’ve met those who lost their child because a doctor didn’t induce soon enough, and there are people out there who were inducing for tax purposes. I couldn’t handle it, and I honestly still cannot handle it now. It makes me furious.

So we sat at home, with our grief and emptiness, and just waited. We wait for almost two days. I honestly don’t know how my wife was able to do it. In the end, Em was born on New Years Eve, meaning that every year as the holidays approach, we feel an intensified feeling of sadness. Eli allows us the blessing dressing that forever wound in joy — but it’s always there.

Completely unrelated to the holidays, I was watching a show that used a latin phrase: “Dolor hic tibi proderit olim,” (origin from Ovid, the Roman poet) which translates to, “This pain will be useful to you.”

This pain will be useful to you.

It immediately made me think of Em. I don’t know. Maybe. After suffering this type of loss, every cliche seems to cause a visceral reaction in me. As blunt and brutal as this seems, I think this is how I live now. The pain is always there. But now I use it, almost as a philosophy of parenthood toward Eli.

I am resolute on installing values against an onslaught of toddler “No’s.” My patience is thick when bombarded with cries over a pop tart. Almost at the moment when I could start resenting him, like I see in so many parents, I remember the place I used to live. A place where so many feel trapped with no escape.

The love Eli and Em must feel is strong and enduring and consuming – like the pain I feel. This pain will be useful to you.