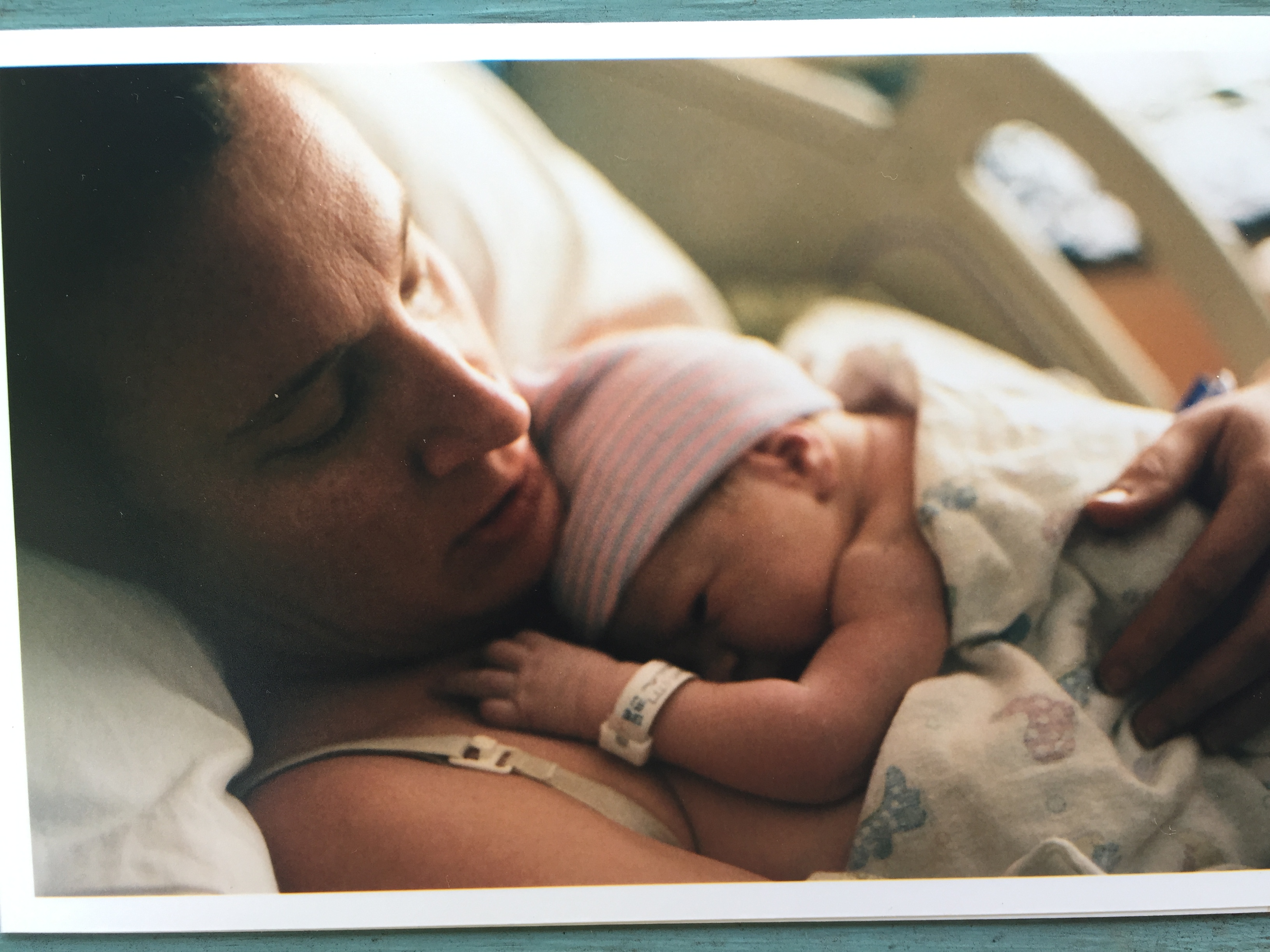 Late one Monday night, I found myself anxiously wandering through the grocery store trying to kill some time. I had a mild headache and went to the store to check my blood pressure. The first reading was slightly elevated – 135/85 – so I walked around taking deep breaths and waiting to recheck. The second reading was slightly lower, so following previous recommendations from my doctors, I went home and tried to relax. I did not sleep well that night. We were still a week out from our scheduled induction.

The final weeks of pregnancy were a constant battle between the desire to give my baby as much time as possible and the mounting anxiety. The anxiety was winning.

At my appointment the next morning, my blood pressure hit the magic 140/90 mark. After I related my late night grocery store trip to my doctor, she gave me the option to induce that evening. My blood work and urine tests were still fine, I could continue waiting if I wanted to, but immediate induction was now on the table. It was my choice. I was 37 weeks 3 days.

The hours I spent making that decision were some of the toughest hours I’ve experienced. Since losing my son Arthur, I’ve spent a lot of time thinking about the consequences of my choices. With Arthur, our choice to deliver at a birthing center instead of a hospital may have played a role in his death. There were no missed diagnoses or negligent decisions by me or my providers. I don’t believe anyone is to blame, including myself. But choices have consequences. What would the consequences be of this early induction? What if I wasn’t ready? What if she wasn’t ready?

I decided to induce that night. I overthink most things and I could come up with a dozen reasons why early induction was or wasn’t the right choice.

But ultimately, there was a moment when my husband lovingly told me that it was OK if I wanted to induce. It was OK to say yes to the doctor’s offer. It was OK to end the anxious waiting. In that moment I felt a wave of relief so big the memory still brings tears to my eyes. I felt hopeful that both my baby and I would survive. We packed our bags and went to the hospital… and my blood pressure was perfect from that moment on. 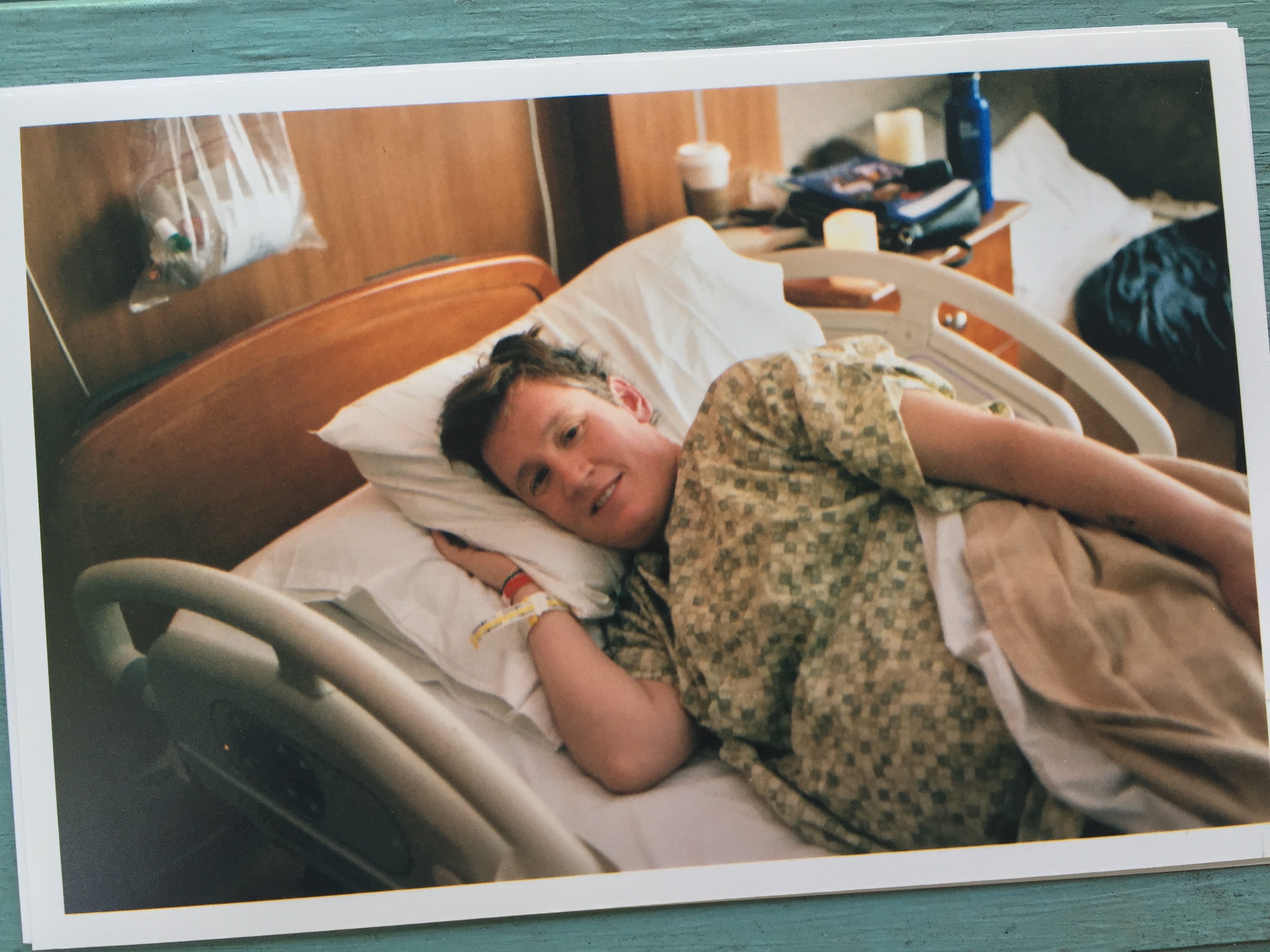 I spent that first night in the hospital with a cervical ripener, a sleep aid, and the steady thumping of my baby girl’s heartbeat on the monitor. Every time I woke up, I’d listen to the rhythmic thump and drift off again. Contractions picked up but were fairly mild and we all started the next day feeling rested and hopeful.

The cervical ripener took me from zero to three centimeters dilated overnight. Mid-morning, our doctor came in to discuss next steps. She offered us a foley catheter to give us a non-medicinal option to keep labor progressing. I considered it, but was worried about my emotional stamina. I knew birth was going to be difficult and didn’t want it to last longer than it had to. Instead we opted for the lowest dose of Pitocin and hoped to meet our baby that afternoon.

I ate some lunch and my doula and I chatted about hopes and fears. She is also a loss mom and was an amazing comfort to us throughout our whole pregnancy. I remembered that during labor with Arthur I turned away from the most intense parts. I wanted to lean into the intensity this time. I also reaffirmed that I wanted to avoid an epidural because they can make pushing harder. Pushing is when we lost regular heart tones for Arthur and I wanted to have as much strength as possible to get through it quickly.

I got my first dose of Pitocin around 1:40pm that day. I knit and watched episodes of terrible TV until 3pm when my husband and I heard a POP on the monitors. My water broke on its own. By 3:20pm my contractions were very intense and I begged the nurses to stop the Pitocin. Thankfully, they obliged and turned it off. Even more thankfully, my labor continued full force.

I changed positions, I moaned, I made my husband get us a new nurse (oooof, so sorry about that move, #iwasinlabor). Our doula rubbed my back, held my hips, and tried to keep both my husband and I calm. But everything felt so familiar. I’d been here before and it ended with CPR and EMTs and ambulance rides and losing our precious son.

Reliving this part was just as bad as I had imagined.

I asked the nurses to get an epidural ready. I needed an escape from this place, I wasn’t sure I could do it. If I had had the option to be knocked out completely in that moment, I may have taken it.

But epidurals aren’t instantaneous and they don’t put healthy laboring women under general anesthesia much these days… I kept moaning and moving and waiting for an escape from labor, from this terrifying familiarity. After a few more contractions, I looked at my doula and admitted to her and myself, “I’m not getting an epidural. It’s time to push.”

My doctor overheard this, ushered me back to the bed and confirmed, yes, it was time to push. The only way out was through.

With Arthur, I pushed for six hours. The only one who remembers those six hours as clearly as I do is my husband who was physically and emotionally with me for every second of it. Within minutes of me being back in bed, our doctor suited up fully and asked him if he wanted to see the baby. He scoffed thinking, “Doc, it’s going to be a while.” Then he looked and got the first glimpse of our little girl. His face lit up, he held my hand, and told me how close we were. 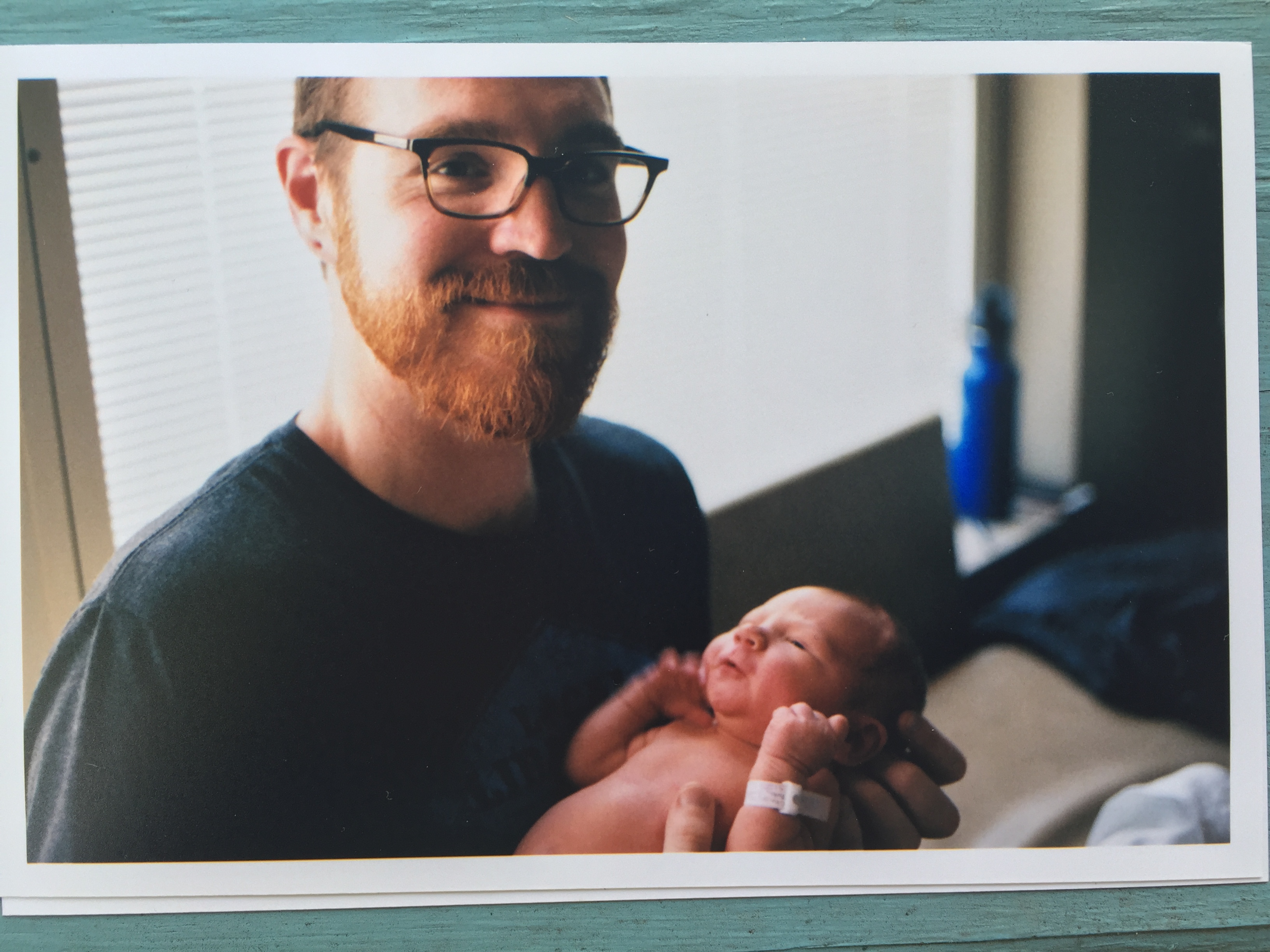 Three pushes. Four if you count the one that I stopped in the middle of and shouted “No, I can’t do this!” My husband thought I might rip the side railing off the hospital bed. I. Was. Terrified. Then, before I knew it, there was a warm, slimy baby on my chest. I’d felt this before… but this time, the baby was moving. In comparison to the panicked moments after Arthur’s birth, there was a stillness. Nurses checked that the baby was breathing and pinking up. I held her tightly and felt her familiar wiggles, now on top of my chest instead of inside it. And after what seemed like an eternity, we heard her first cry. The sweetest sound ever. And everything stood still as we soaked in those first precious moments with our healthy baby girl. 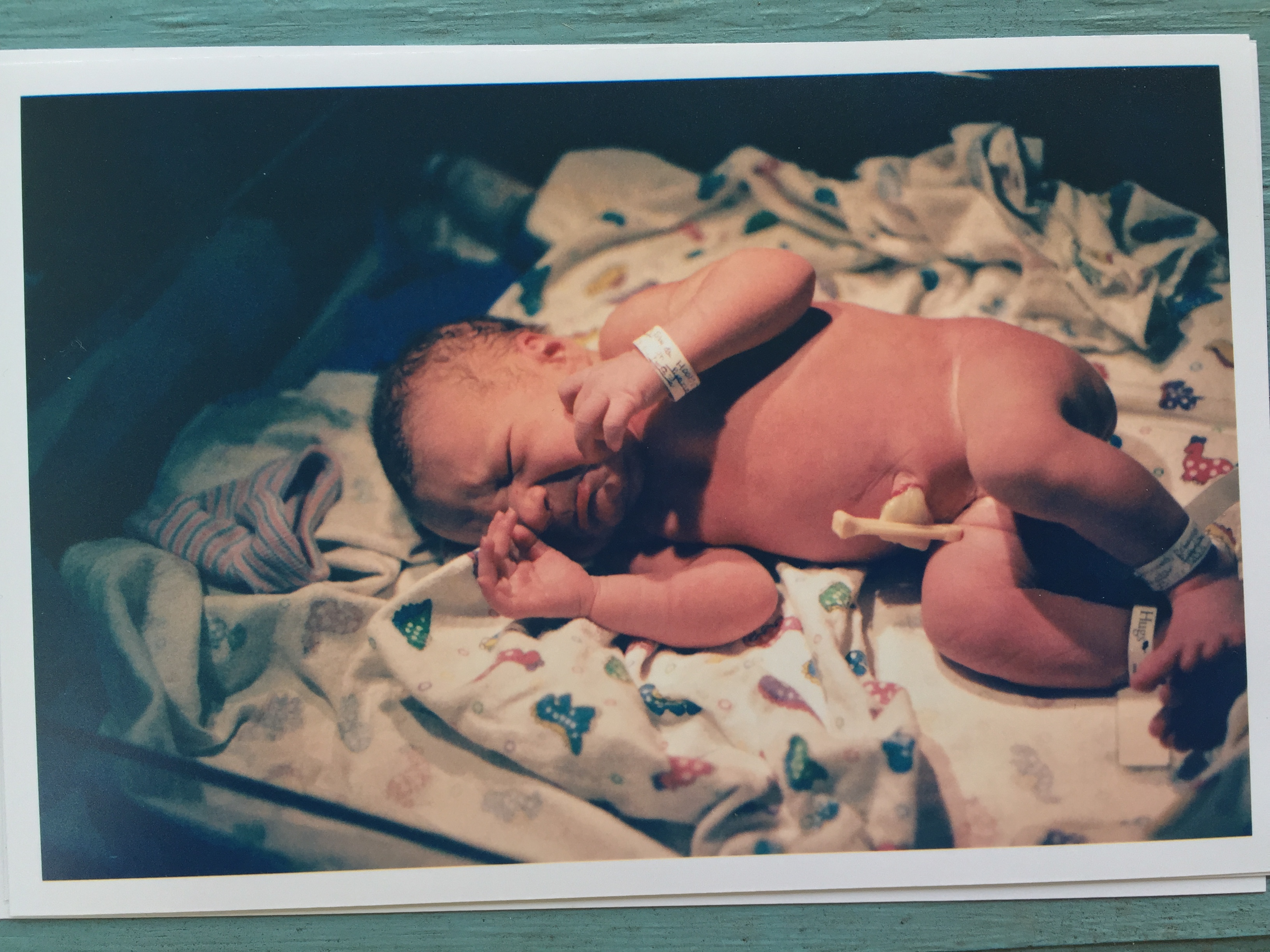 I was naïve to think that I could be “ready” for her birth.

The lingering scars from trauma are real and long lasting and can’t be erased with a positive mindset or a strong will. The best I could do was ride the big waves of emotion and do what needed to be done to get our baby here safely. In that sense I was wildly successful; but ready, no, not at all.

Our girl on the other hand… she was ready. After less than two hours of active labor and a few quick pushes, our sweet girl arrived at 4:53pm. She was a healthy 7lbs 1oz and was so excited to join us that she bruised her face a bit on the way out. Maybe she knew how much we needed her birth to be mercifully quick. Maybe she’s just the type of girl who will jump into the deep end without hesitation. Either way, her birth was absolutely perfect. She is perfect. 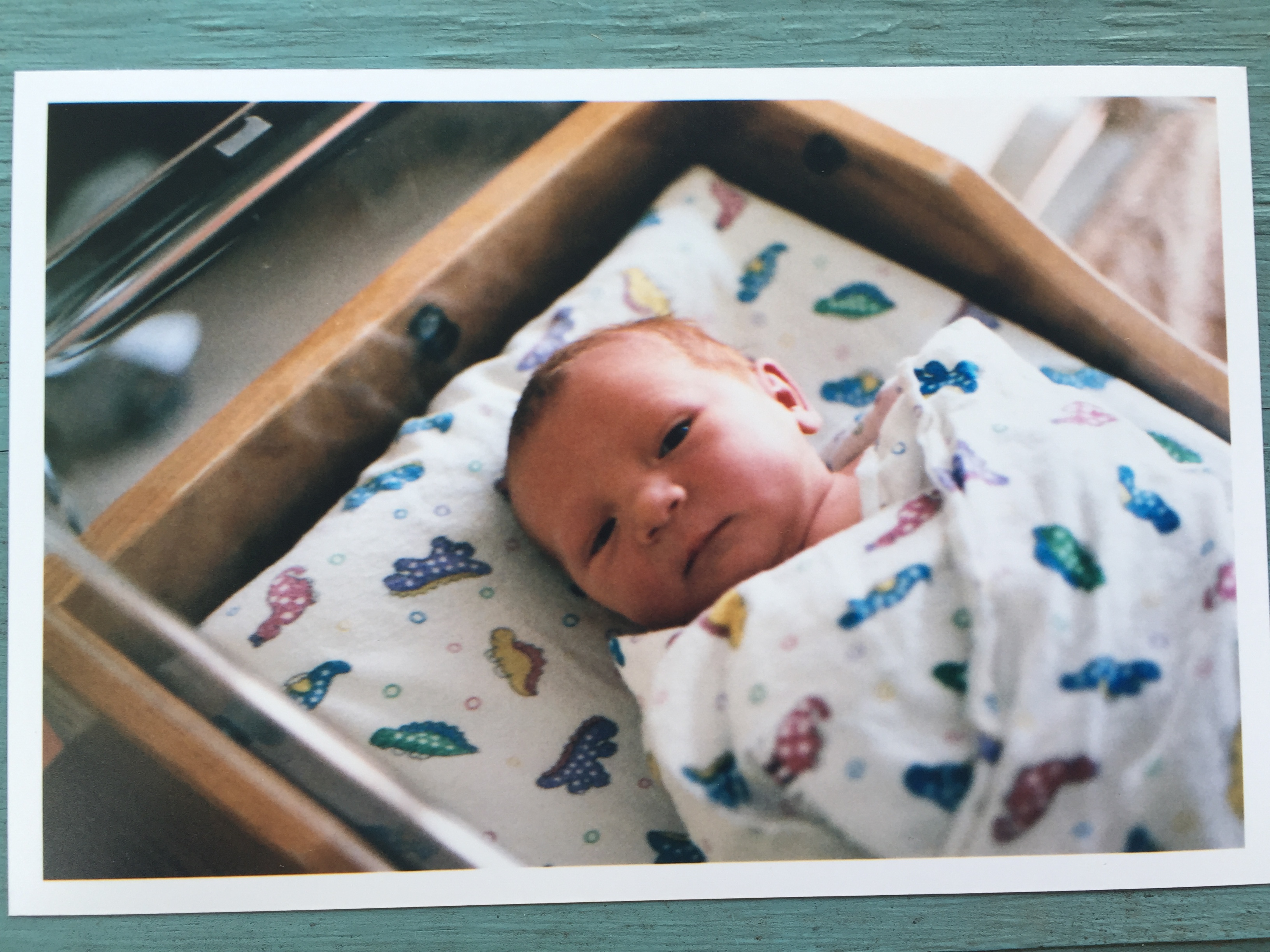 We named her Edith Katherine and call her Eddy. Edith means strong in war and sounds like a natural partner to her big brother Arthur. Katherine is after her grandmother who lost her battle with cancer the year before we lost Arthur. And the nickname Eddy after an eddy, a pool that spins against the current in a fast moving body of water, forming a calm respite for the weary. So far, our Eddy has lived up to her name and changed the direction of our family, bringing with her more joy and healing than we ever imagined.

Photos by Adam Christians with a vintage 35mm film camera. So the memories last.

About the Author: Rebecca Christians

Rebecca Christians is a researcher who lives in Austin, TX with her husband Adam, their rainbow daughter, a few pups and an ever growing flock of backyard chickens. Rebecca and Adam started trying to build a family in January of 2016 and have been learning about how little control they have over these things ever since. After a first trimester miscarriage in April 2016, Rebecca became pregnant with their son Arthur. The pregnancy, labor, and full term delivery were all perfect, but Arthur never opened his eyes or took a breath on his own. Arthur died an hour after birth for unknown reasons on April 1, 2017. Rebecca and Adam welcomed their daughter Eddy in May 2018.