One Mom’s Experience with Both Pregnancy and Infant Loss 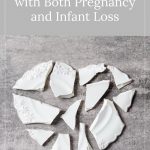 One mom shares her experience with both pregnancy and infant loss and explores the differences in her pregnancies after those losses. 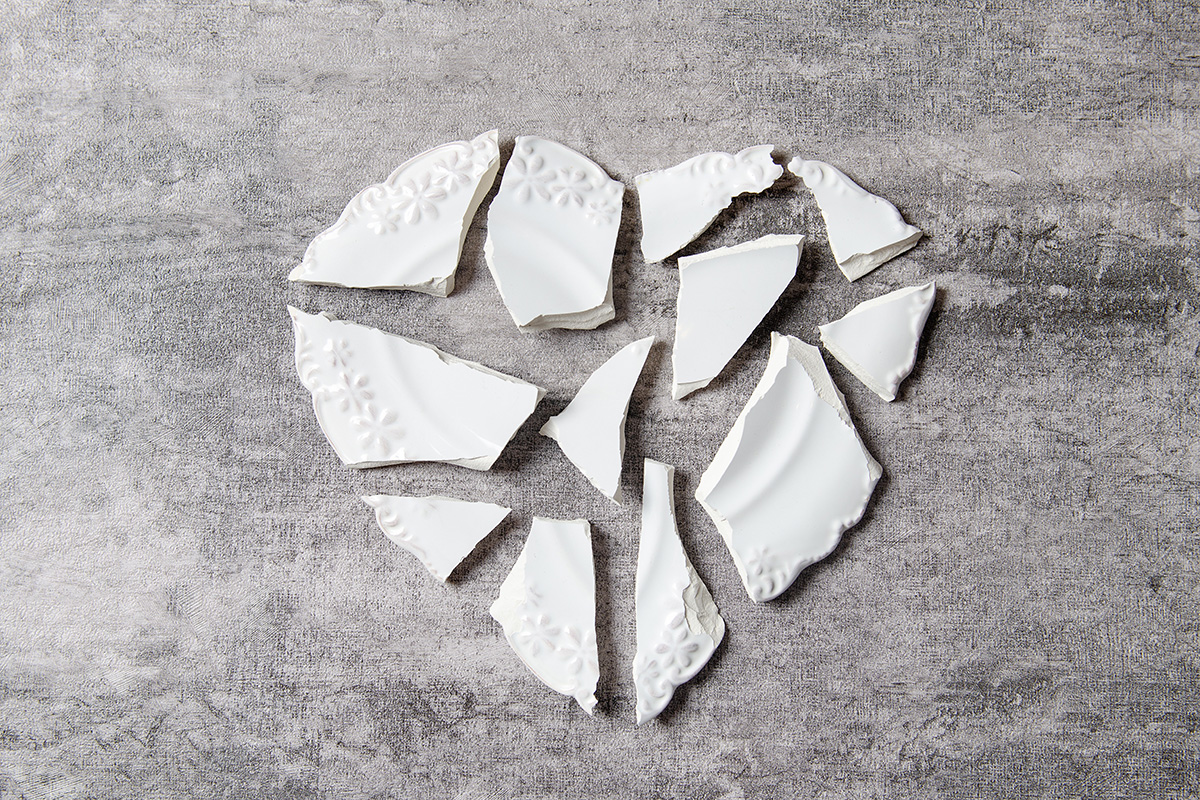 Right at the start, I want to make a few things clear.

Now that that’s established, I’m going to talk about a touchy subject in the loss community: differences in types of loss. Here’s the other big disclaimer – I’m talking about the differences in MY losses. How they are different TO ME. Maybe it strikes a chord with you also, maybe it doesn’t. Either way is OK. Just as I can’t tell you how you should grieve, please give me that same courtesy.

The death of my infant son shattered me.

It is difficult to express how large the experience was, how all-encompassing. I could barely function, and suddenly I understood things that were incomprehensible to me before. The bottom dropped out and I felt like I was in a giant empty space filled with sadness and despair. Life as I knew it, as I had expected it to be, was forever altered. Broken.

There are some other factors that I should mention. Oberon was my first child and my first loss. When he died the house was empty. No feet pitter-pattering, no whines for attention, no bedtime stories.

I always had trouble relating to those with early losses.

Whether I was attending a grief group or facilitating one, I always struggled with what to say to parents who had early pregnancy losses. I did my best to be supportive and engage in active listening, but it was very hard to do. I hope I hid my inner struggle because it was mine, not theirs. They deserved support, not my baggage.

I still had to deal with my baggage though. And my baggage was that this didn’t feel the same. Simply telling Oberon’s birth and death story sometimes seemed to overwhelm these parents. Some of them would start making comparisons right away and I’d have to respond with “loss is loss” or some variation. I was in the awkward position of trying to assure these loss parents that their pain was “the same” – even though that’s impossible because we all have unique circumstances. For some reason I can’t quite articulate, assuring everyone that their pain was valid didn’t seem like enough – I had to claim it was all the same magnitude.

It made me feel gross. In my head, I would apologize to Oberon’s memory for making it seem like his loss was anything other than the completely wrenching thing that it is. For allowing myself to belittle our family pain to try to make someone else more comfortable.

Logically, I understood that part of the pain of early miscarriages is that it isn’t validated and recognized by most people. I didn’t want to feed into that, but it also wasn’t my experience and honestly, I had a hard time trying to find a way to relate to these grieving parents while still being true to my own.

Then I had early losses.

I’ve now had three first trimester losses, and they were back-to-back-to-back. My doctor has told me there’s no heartbeat. I’ve had a natural miscarriage, a failed medically managed miscarriage, and two D&Cs (one of those during the COVID-19 pandemic). I can speak from experience about what taking misoprostol at home feels like. I know what a D&C and recovery feel like – an abortion. I’ve had a D&C in an office-based lab and as an outpatient.

I know that different providers react differently to early losses – from compassionate to robotic. That some will be clear about what is medically happening and what is next and others will talk about one in a million medical miracles.

My own experience made it even harder to relate to early-loss parents.

I cried each time. I didn’t shatter.

I was nervous after the first one that it would be as intense as Oberon’s death, and I wondered how I would be as a wife and mom dealing with that. Would I be able to function for the sake of my living kids? Would I spiral the other way?

Turns out, I was mostly fine. I even verbalized to my husband that it was a day or two of intense sadness and then more of a wistful malaise. Annoyance at however my body was dealing (or not) with what was happening. Frustration that we were that much farther from our goal of another living child. Anger at lack of answers or reasons for why this was happening. Fear that we’d never get the future we had envisioned.

But not grief. Not mourning.

Was it because I’d already had the metaphorical safety net break? Was it because I had living children to keep me in the present? Was it my innate reaction to early pregnancy loss contrasted with infant loss? There’s no way to know for sure.

Pregnancy after early loss is different.

I spent years despising talk of “safe zones.” I know (I know) there’s no such thing. Still, I was glad I hadn’t announced a pregnancy and then had to give a miscarriage notification.

That’s what stopped us from announcing this pregnancy. We didn’t even tell family until after the anatomy scan, by far the latest into a pregnancy before announcing. It does feel – for the first time – like hitting the early milestones means something. I can say “this is a different pregnancy with a different ending” much sooner than I could with pregnancy after infant loss. Of course, the worst things can still happen, but they don’t feel inevitable. The worry isn’t crippling.

My pregnancy after Oberon did not heal me. It was a terrible thing and a wonderful thing that happened close to each other in time. I felt joy at my subsequent son’s pregnancy and birth, but I also had intense grief and love for Oberon. Emotions were complex and I was often overwhelmed.

The biggest difference with this pregnancy is that I am not carrying those early losses with me. The sadness and trauma are not ever-present, they truly are left behind in the past. I can say, even though I never thought I would, that this pregnancy does seem to be healing. The annoyance at my body, frustration, anger, and fear have dissipated. It isn’t because I’ve processed them or “done the work,” it’s simply because I’m pregnant and it’s going well.

Why bother sharing this?

A few reasons. At first, I felt like I had to hide my smaller reaction to early pregnancy loss – like I wasn’t properly living out the “loss is loss” that I had repeated so many times before. I was putting pressure on myself for under-grieving and that’s not something any of us should do. In case you feel this way because you react to different losses differently, know you’re not alone.

It seems obvious once said out loud, but we are likely to relate better to those who have experienced similar losses. The burden isn’t on me (or any of us) to support every loss parent in every situation. Be kind, yes, but we don’t have to be a main source of support for everyone. If you struggle like I have to relate to certain loss parents – be it type of loss, age, lifestyle, whatever – know that’s normal and it’s not something you have to overcome. You can let others who are better-suited support those parents. It does not make you a failure as a member of the loss community.

Lastly, while it’s not helpful to pass judgment on someone else and their grief, comparison is a way that we humans can process and understand things. I’m entirely allowed to compare my own losses and my response to them, and maybe my processing and understanding helps you with your own self-reflection. Maybe not.

All losses are different.

Personally, I will try to stop saying “loss is loss” because it implies equivalence. No losses are equal because all losses are different. Even a similar loss story can have different complicating factors – infertility, health issues, family dynamics. As a fellow bereaved parent, I can be a supportive listener, I can empathize, and I may even be able to relate to certain shared experiences. What I can’t do is assure you that we are the same, because we’re not. You have your tragedy and your grief, and I have mine. The best we can do is simply give each other a safe space to express what we need to. And maybe that means gently exiting the space so someone else can be truly open and honest.