My People, My Light Keepers

Besides the loss of my son itself, the most shocking thing to me since then has been our support system. I mean complete.total.shock. I would say at first it looked pretty typical. Everyone we would expect to reach out did just that. It was about two weeks after the loss of him that things began to change. In many cases, the most expected did the least expected. In our eyes, they went running in the other direction. In their eyes, they were giving us space. Space that lasted for a very long time. Space that created even more unwanted space between many relationships. It was heart-wrenching. It still is, in some cases. What we chose to focus on was the beautiful unexpected ones, who did the unexpected. The ones who showed up, even though they could have ran. The ones that we didn’t expect to drop off dinners months out, send cards on important dates and call just to see how we were doing…an entire year later. These people have been like bright beams of light in the darkest of days, just holding us up and restoring our faith in humanity. These are our light keepers. They came in many forms…coworkers, neighbors, old acquaintances, new friends, old friends, family members and even complete strangers. They never stopped calling. They never stopped asking. They never expected our grief to reach to a deadline.

Rewind: Shortly after we lost our son Jake, we started trying to conceive again. And when we did, we shared the news with many people in order to secure many prayers. I believe they did just that and we will always be grateful. We lost that baby too. And now I look back and realize that many of those people were people that we wanted support from, not necessarily people who knew how to support us. And so more space has made way. And more hurt. And more shock. However, I blame myself for some of this. I did not know my people. I was in so much need of support that I tried to create it myself. When I think back to how many of those people have really truly been there for us, well the list shrank down quite a bit, unfortunately.

So after my long break from trying, I am in a much different place mentally and emotionally. I am able to recognize my people, my light keepers. This has been very important for me to discern. Because this road of trying for another baby is difficult, emotional and sacred. I have realized how very 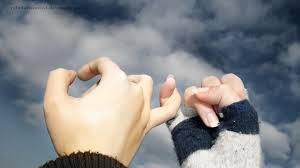 crucial it is for me to share some things with just my light keepers. In a sense, I feel that they have earned this place in our journey, this trusting place. They have earned it by simply showing up, by caring, by loving us and by sticking around through the storm even when it seemed a bit safer to run the other direction. In a way, I feel I owe them this piece of us. However it doesn’t feel like bad debt, it feels like an honor to share this part of our story with them.

So although our losses have brought much heartache, they have brought much beauty as well. My advice to any parents struggling with conceiving after loss or pregnancy after loss is this, know your people and allow them the opportunity to help shed some light through the most difficult of days. Because this journey is much less lonely with them by your side.

About the Author: Lisa Hand

Lisa Hand is the "PALS Presents" Coordinator for Pregnancy After Loss Support. She currently resides in Virginia with her loving husband and daughter. She is a military wife, blogger, lover of Christ, Certified Child Life Specialist, avid reader and lover of aromatherapy. Lisa has 5 babies in her heart and one in her arms. Her journey to motherhood has been long battle of infertility, recurrent miscarriages and stillbirth until she was blessed with her rainbow baby in 2016. Lisa is an active member of Resolve and Share. Lisa is passionate about infertility and baby loss awareness. You can visit her lifestyle blog Lisa Danielle and follow her on Facebook. Lisa is honored to be part of the Pregnancy After Loss Support team and walk with other bereaved mamas on their journeys to motherhood and parenting after loss.