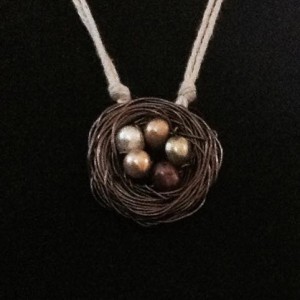 Mother’s Day and I have a shaky history at best. In the years before my daughter was born, it was a reminder of what seemed tantalizingly out of reach. Then for three years in a row, from 2009 to 2011, Mother’s Day was filled with pain, a reminder of yet another baby gone to Heaven too soon. First Naomi in the spring of 2009, and then Kyria six months later, and then Jordan in 2010, two weeks after that Mother’s Day. I couldn’t seem to catch a break.

Mother’s Day 2011 was a bit of a turning point. It had been nearly a year since our most recent loss. We had said good-bye to Jordan in an early miscarriage, and although I turned forty a week later, I still held out hope that I would conceive again, that we would get another chance to give our daughter a sibling on Earth.

But I didn’t. Month after month, there would be no second line on a home pregnancy test. By Mother’s Day of 2011, I had begun to accept the obvious. I was too old. Our daughter would be an only child and I could either spend her childhood grieving what could have been or celebrating the special bond she and I shared.

I chose to celebrate. I resigned from my job in preparation for homeschooling her. I began a website to encourage other parents of only children. I set my heart on having a positive mental outlook on being a family of three, and thanked God for the child He gave me.

And then – a positive pregnancy test. An anxious two weeks when I seemed to be miscarrying once again. An anxious nine months when I refused to believe my baby would actually be coming home in the car seat we finally installed.

Only – he did! In spite of my anxieties, fears, and doubts, our son was born a healthy, crying, nine-pound bundle of LIFE.

So, when Mother’s Day came around again two months later, I greeted her hesitantly, with very mixed emotions.

I was overjoyed that this year. I was celebrating the addition of a living child to our family, that I was finally seen as a mother of children, plural. I had not gone through loss for more than a year. It was a welcome respite.

I was somber. I still missed my babies in Heaven. I would do mental gymnastics sometimes, thinking about what would have had to be different to have at least three living children now instead of two. If Naomi had lived, would I have had my son? And having a new baby to cuddle was a constant reminder of all I had lost when our other babies died.

I also felt something like survivor’s guilt. How could I enjoy Mother’s Day, knowing how painful a day it was for so many women, so many friends I had made during this journey? But how could I not, when my family was so happy for me?

And so we celebrated Mother’s Day that year, and every year since, but always with that emotional mix. And I’m slowly growing comfortable with that. Mother’s Day for me will never be the stuff of Hallmark commercials. It is a day when I am so sensitive to the raw feelings of those for whom Mother’s Day is just plain hard (and not just in the babyloss world). It is a mixture of joy and tears, celebration and sadness, just like the rest of my life. It is a day when I am celebrated by and because of my two children on Earth, but also a day when I hold tight to the memorial necklace I have and remember each precious moment I had with my five in Heaven.

It is a day, like every other day, when I walk the line between time and eternity.

Because whether my children are here or in Heaven, they are still my children, and I am still their mother.

What are your thoughts as you approach Mother’s Day this year? Are you embracing it or avoiding it? Share about it here!