Mental Health Medications During A Subsequent Pregnancy: What to Consider 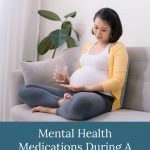 Did you know that individuals who experience pregnancy loss are more likely to have symptoms of depression, anxiety, and post-traumatic stress disorder (PTSD) than those with viable pregnancies[1]“Anxiety and PTSD Symptoms Common and Persistent After Pregnancy Loss,” Ruta Nonacs, MD PhD, MGH Center for Women’s Mental Health, February 27, 2020, … Continue reading? Research has proven this to be true, and these conditions can affect your quality of life and ability to function — both immediately after a loss and well into the future. 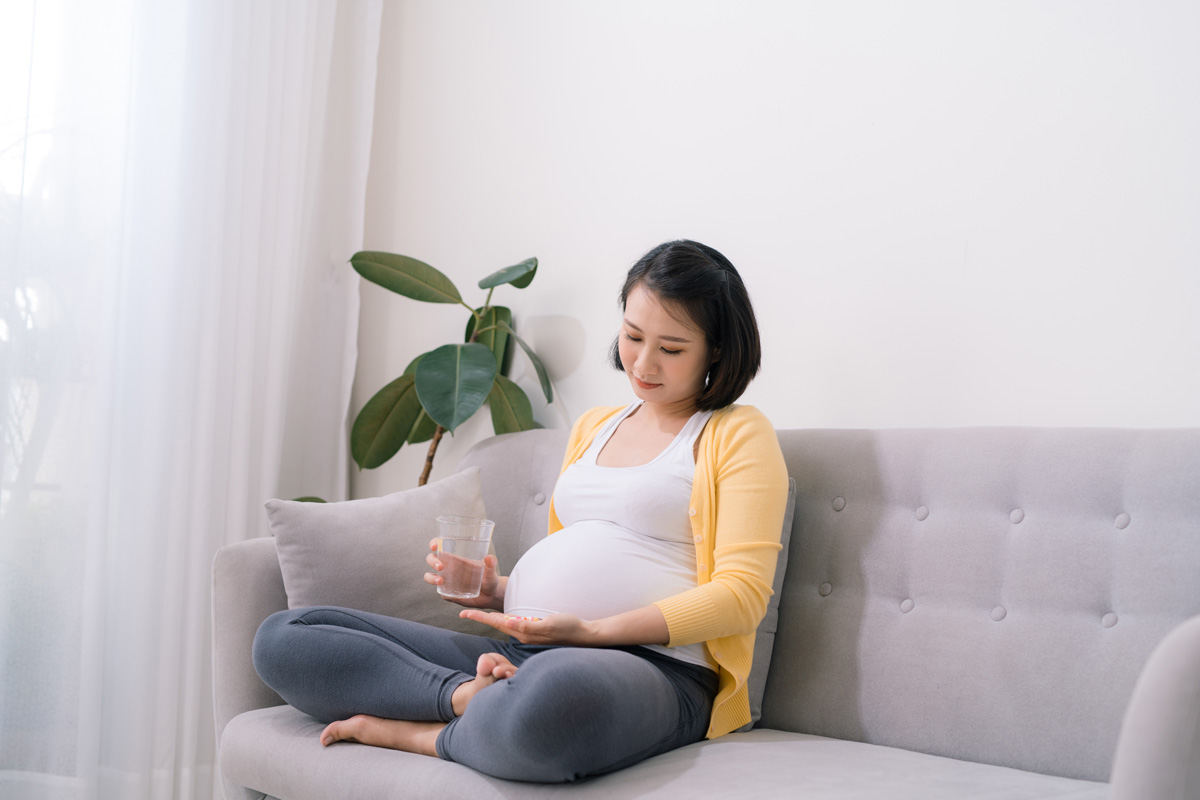 If you seek mental health services after your loss, you may discover medication is a helpful part of your treatment. However, even if your symptoms resolve without medication, you might find yourself vulnerable to depression and anxiety during a subsequent pregnancy. In either case, it’s important to talk with your reproductive healthcare provider about mental health medications.

Understanding the Effects of Pregnancy Loss on Mental Health

Research shows that compared to patients with viable pregnancies, those who have had an early pregnancy loss are about twice as likely to report moderate to severe anxiety and nearly four times as likely to report moderate to severe depression. In addition, studies have revealed that depression is two to four times more common in people who have experienced a stillbirth than those who have delivered a liveborn infant[2]“After Stillbirth Women Are at Increased Risk for Significant Psychiatric Illness,” Ruta Nonacs, MD PhD, MGH Center for Women’s Mental Health, January 22, 2020, … Continue reading.

When it comes to post-traumatic stress disorder (PTSD), the evidence is clear there, too. Many patients who suffer an early pregnancy loss exhibit symptoms of PTSD. And compared to parents who give birth to a living child, parents who experience a stillbirth are up to seven times more likely to have a positive screen for PTSD.

While the emotional symptoms are often greatest immediately following a pregnancy loss, there can be long-term effects on quality of life and ability to function. Research indicates that parents who experience stillbirth are at their highest risk for psychiatric illness within four months of delivery, although the risk remains high for 12 months after the birth.

However, it’s important to understand that the risk for depression and anxiety extends into subsequent pregnancies[3]“After Stillbirth Women Are at Increased Risk for Depression,” Ruta Nonacs, MD PhD, MGH Center for Women’s Mental Health, July 11, 2018, … Continue reading. In fact, according to the literature, those who are pregnant after a stillbirth are more likely to experience anxiety and depression during the third trimester of pregnancy, as compared to parents with a previous live birth.

Given this data, it’s obvious that many loss parents benefit from accessing mental health services. And medications are often an essential part of psychiatric treatment. But is it safe to take mental health medications during pregnancy?

Deciding about Mental Health Medications During a Subsequent Pregnancy

There is good data from the past 30 years, suggesting that some mental health medications may be safe during pregnancy. However, our knowledge about the risks of prenatal exposure is incomplete. It’s always difficult to definitively say whether a particular drug is safe or unsafe for pregnant people because it’s not ethical to test medications on pregnant individuals.

It is relatively common for pregnant patients to discontinue medications upon learning of a pregnancy, but, for those with a history of mental illness, especially because of previous pregnancy loss, that may not be the best choice. It’s also common for some people to have the first onset of mental illness during pregnancy, and this is true for loss parents, too.

So, how do you go about deciding? In addition to talking with your prenatal care provider, you have to weigh the risks of the medication exposure and the risks of untreated mental illness during pregnancy.

All medications cross the placenta, and the FDA does not approve the use of any psychotropic drug during pregnancy. Antidepressants, mood stabilizers, anti-anxiety medications, and anti-psychotic drugs carry some risk to the developing baby. When taking medications during pregnancy, it’s important to consider the following risks associated with prenatal exposure[4]“Psychiatric Disorders During Pregnancy: Weighing the risks & benefits of pharmacologic treatment during pregnancy, MGH Center for Women’s Mental Health, … Continue reading.

For teratogenesis in particular, the risk is highest in the first trimester. The earliest stages of pregnancy are when the major organ systems form, and this process is complete within 12 weeks after conception. Therefore, your provider may discuss risks during pregnancy with particular attention to timing around first trimester exposures.

Of course, it’s important to understand the risks associated with fetal exposure to a particular medication, but it’s also crucial to consider the risks associated with untreated psychiatric illness in the gestational parent. Mental illness may lead to significant conditions for the pregnant person and the baby[5]“Use of Prescribed Psychotropics during Pregnancy: A Systematic Review of Pregnancy, Neonatal, and Childhood Outcomes,” Catherine E. Creeley and Lisa K. Denton, Brain Sciences, 2019 … Continue reading. This means that stopping or withholding medication during pregnancy is not always the safest option.

During pregnancy, depression and anxiety have been linked to several unfavorable outcomes. For example, pregnant people who suffer from psychiatric illness are less likely to receive adequate prenatal care and are more likely to have inadequate nutrition and to use alcohol, tobacco, and other substances that negatively affect pregnancy outcomes[6]“ACOG Guidelines on Psychiatric Medication Use During Pregnancy and Lactation,” Carrie Armstrong, Am Fam Physician. 2008 Sep 15;78(6):772-778. … Continue reading. In addition, several studies have revealed low birth weight and fetal growth problems in children born to depressed mothers. For individuals who are distressed during pregnancy, preterm delivery is another potential pregnancy complication.

Later in pregnancy, depression and anxiety present the possibility for complications in the gestational parent, including an increased risk for having pre-eclampsia and a C-section delivery. Meanwhile, infants born to parents with mental illness are more likely to need special care for conditions such as respiratory distress, hypoglycemia, and prematurity.

Takeaways on Mental Health Medications During Pregnancy After Loss

If you are a loss parent, even without a history of mental illness, it is wise to talk to your prenatal care provider about your mental health. Your prenatal provider should be willing to collaborate and consult with your mental health professional, especially when it comes to diagnosis, risk assessment, symptom monitoring, and medication management[7]“Benefits and Risks of Psychiatric Medications During Pregnancy,” Randy K. Ward, MD and Mark A Zamorski, MD, MHSA, Am Fam Physician. 2002 Aug 15;66(4):629-637. … Continue reading. Given the prevalence of depression and anxiety after pregnancy loss and the possibility of symptoms that carry into a subsequent pregnancy, it’s important to prioritize your mental well-being!