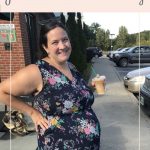 Baby girl gave us a scare this week. It had been a rough weekend; Hawthorne had been in a great deal of pain, so we ended up in the emergency room. It took all night for them to determine whether the pain was coming from a post-surgical complication or her gallbladder, or something else entirely. We got home around 6:30 on Sunday morning, with strict instructions on a no-fat diet and orders to call to schedule removal of her finicky gallbladder, which was full of sludge and deemed the culprit of the night’s painful antics. We got a couple hours of sleep before the insistent sunlight and Sunday goings-on let us have no more. 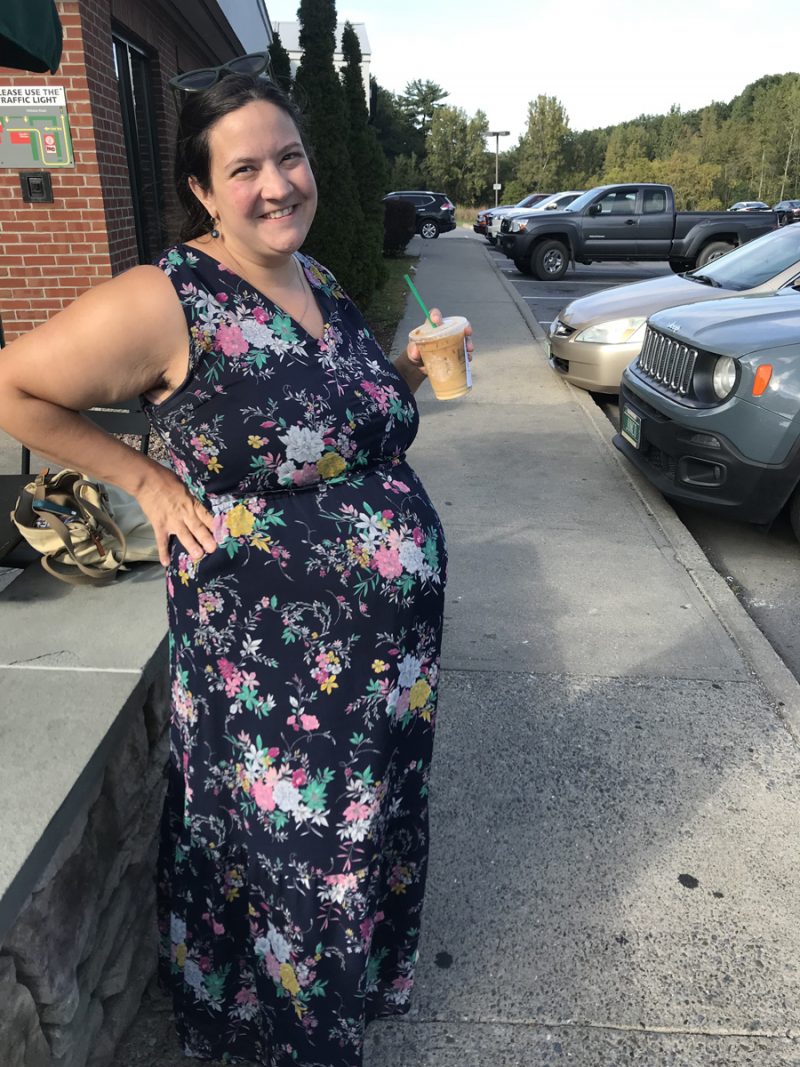 Monday morning, I got up around 4:45; my body has yet to acclimate to having graduated, and not needing to wake so early to study. I did my morning things and got ready for work with a feeling that something was off creeping over me. A little before seven, I felt a small rolling in my belly, and it struck me – the baby was moving, but much less and much softer than usual.

I stood stock-still for a minute, trying to calm the panic threatening to rise in me like a tidal wave.

The house surrounded me with a sudden deafening silence, like a camera’s descent into the depths of the sea in a David Attenborough documentary, before he explains the tiny creatures floating past the lens. Some sound, a floorboard settling, broke through and I began to move. I drank a cold glass of water and laid down on my right side, waiting for her to respond; she liked to reach and stretch when I laid down that way, as if she were trying to reach through the confines of my body towards her papa. But she didn’t this time. She floated a little, a few little flowy movements. She was there, she was alive; but I couldn’t relax. This still didn’t feel right. So with the panic encroaching, a harbinger over my shoulder, I woke Hawthorne.

She came awake quickly and coached all the anxiety out of her voice somehow. She told me to call the midwives while she got dressed. I did, and the lovely nurse I spoke with asked if I had water, had laid down on my side, about all I had done already. My voice thinning and rising, I said I had. When she began to offer some option of calling back, I asked if I could just come in, just to check, and she said of course. I may have hung up on her after that, I’m not sure.

Hawthorne drove, holding my hand gently. I practiced my breathing and played my morning playlist that I listened to that usually got some movement out of the baby as well. I lip-synced Lizzo and Janelle Monae, rubbing my belly and waiting for the kicks that didn’t fully materialize.

We got to the birth center, welcomed in by our care team.

They got me settled in and began the NST. It felt like my heart paused those few moments before they found her heartbeat, strong and quick, with the sensor. I half-way relaxed. They watched and waited with us for over an hour, calming our fears. We talked about Oscar; about how, like this little one, had been very active the day before, then nothing. About how the sky looked like the day he was born, and how the weekend had been high on stress and low on sleep.

Our midwife Heather took us over to the office and did a quick ultrasound. Once I could see her little wiggles, I managed to let go of the remaining panic. She was in a breech position, her head nestled under my diaphragm, feet dancing over my bladder. She was likely quiet because it hadn’t been an easy weekend on her, with me getting little sleep, and starting to figure out my blood sugars; there might be some fluctuations that she was responding to. Heather told us about some of her midwifery training out west, in a rural area with a similar natural and organic connection to the landscape; Vermont is stereotyped as a crunchy granola, hemp-clothes, river-bathing place for a reason, after all. She told us that some of her mentors had spoken about babies’ positioning in the womb being deliberate. If the baby could sense the mother’s anxiety, they would rotate themselves in alignment, trying to get their head as close to the mama’s heart as they could, as if to lay it there in comfort before they’re even aware an outside-of-the-womb-world exists. Of course, there’s no scientific evidence to back this up; but fables have their roots in truth, and even old wives’ tales have an origin story.

As we left, drained, we thought about that positioning. How lovely, how perfectly right.

There’s no science to back it up, which is weird for me; but it was so comforting to think that somehow, as much as I wanted the little one inside of me to be OK, so did she want me to be OK too. I want to remember this and tell her about it, so when she’s a teenager and I’ve committed some grave parental act of embarrassment or discipline, she’ll know that since even before her earthside days, she’s always wanted us to be OK together.