Marjanna’s Bump Day Blog, Week 27: From Piece of Cake to Panic and Back 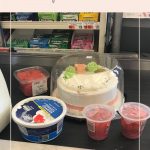 Pregnancy does some weird stuff to people. Your emotions go haywire, your body changes, your organs shift, nothing fits, and all you can think about is cake. When Hawthorne went to spend some time with family during her recovery from surgery, I missed her terribly, and consoled myself the best way I knew how: working late and eating whatever that I didn’t have to cook. I stopped at the grocery store on the way home and put together what I felt was the most pregnant selection of food: cut watermelon, grapefruit, a gallon of milk, Cool Whip, and a two-layer gold cake with buttercream frosting, roses and all. I finished that sucker in six sittings with a smile very time, and zero regrets. 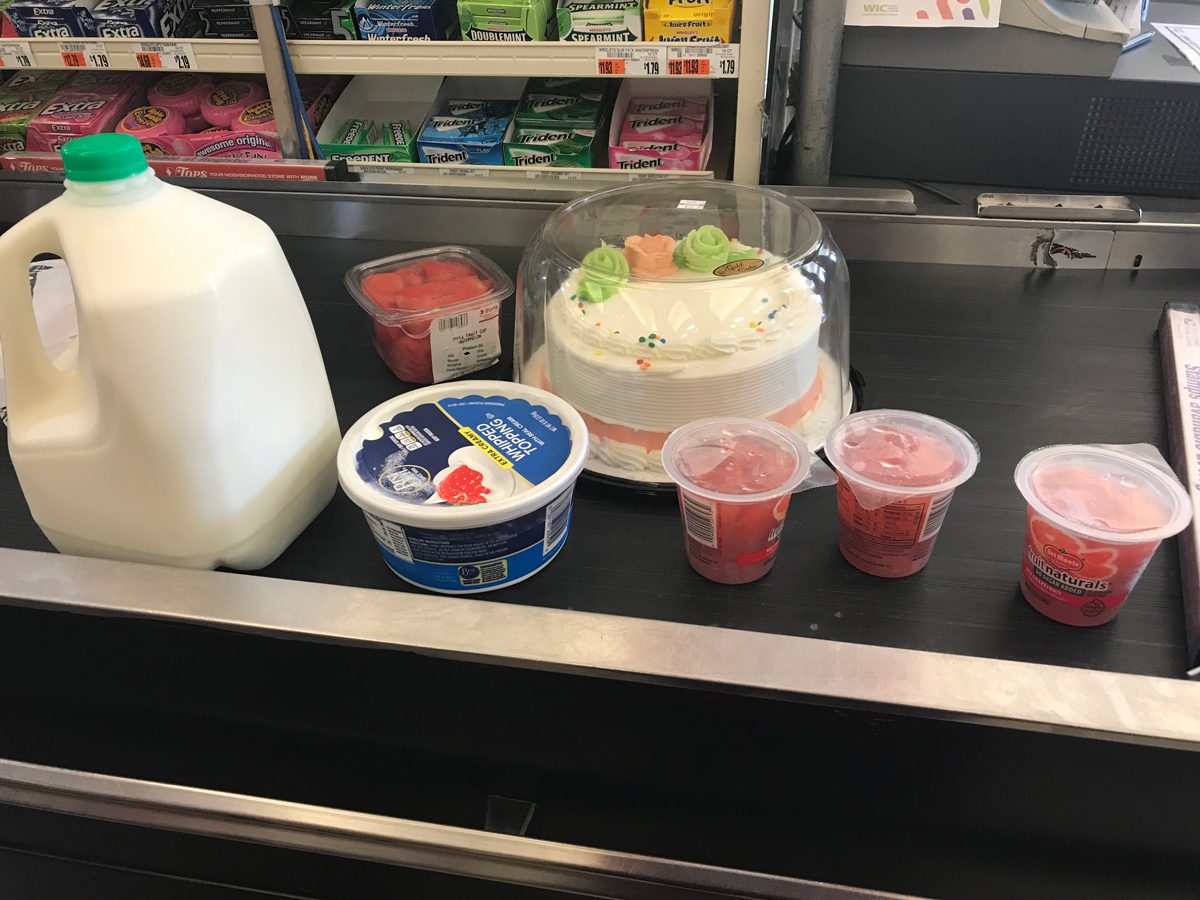 When Saturday came, I hauled out totes of recyclables and emptied the two heavy trashcans into the truck. I might have been a bit gleeful at destroying all evidence of the cake, as I had never mentioned my meal plan to Hawthorne. The weekend went by in a blur of beach time and driving, which continued into Monday. We spent the day in Burlington for Hawthorne’s post-operative appointment, celebrated the removal of her drains by adding to her new wardrobe to fit her new body. We headed back and I griped on the way to our midwife appointment, knowing I was heading to the dreaded glucose test; it’s never good when the best option available is described as flat diet Sprite. Hawthorne asked that I please be honest with how I am feeling; I’m definitely one to downplay my discomfort, and I had been hurting all week.

But with Oscar’s loss, I felt guilty complaining about the discomforts of pregnancy, as if it would somehow mean that I wasn’t worthy or respectful enough of my current pregnancy.

I agreed to be open about it. I don’t know if that increased my anxiety, but my blood pressure was higher than it had been so far at 145/92. I comforted us both by reminding Hawthorne that sometimes my pressure read higher at first, and when it was retaken it was always lower. When I finished the horrendous concoction of sugar and flavor and we saw one of our wonderful midwives, I gave her the litany. I was itchy, particularly the palms of hands, feet, and arms; it was worse at night, waking me up from sleep. The back of my knee where I had been stung was red and raised, covering an area nearly twice the size of my fist; my legs were restless and cramping, my lower back and hips were torturing me, threatening to give out, and offering shooting sciatic pain as the only other option.

The itching was of concern, since it could indicate cholestasis of pregnancy, a serious condition affecting bile build-up and the liver. Since I was already sticking around for testing, they sent me over to the birthing center for a non-stress test (NST), the bloodwork, and a series of blood pressure measurements to tackle all my concerns.

I didn’t start to panic until we were walking into the hospital.

I had been to the birth center since Oscar had been born there; once a few days after for a splitting headache that I feared was pre-eclamptic, and to drop off paperwork for FMLA. I received such a warm welcome from the amazing nurses who had held us and held our son with the utmost compassion and love. I settled into the bed as they hooked me up to the machines, and  listened to our daughter move and bump around through the NST. Hawthorne sat next to me, calm, as I tried not to hyperventilate and panic. One by one, tests were done, and results started coming back. My blood pressure came down; the baby had the right number of accelerations on the NST. My liver function came back fine, and the bile salts would take a couple days. I was prescribed a medication for the itching, and things had calmed down so that Hawthorne and I sat and chatted with the doctor, midwives, and nurse.

The glucose screen came back, and I was informed that once again, I had failed so spectacularly I could avoid taking the 3-hour test. My wife and I laughed when they said my BGL was 198; with Oscar, it had been 317. After a few more questions, I asked if anything I had done had caused the gestational diabetes, and was assured the answer was no. I turned to my wife and confessed my cake crime during her absence, to her consternation and the laughter of everyone else in the room.

And from there, the jagged edges of fear and anxiety smoothed out.

There was nothing so wrong that we couldn’t handle. Surrounded by our team, holding Hawthorne’s hand and laughing about cake as her brow furrowed and her eyes rolled, I felt steady. No matter what craziness ensues for the next ten weeks or so, we will handle it – with love and compassion, hand in hand, and never alone in the scariest moments.