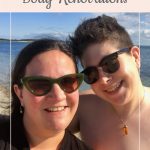 My wife Hawthorne has long identified as butch. In the past decade, the term “gender non-conforming” has gained popularity, which is another way to describe her. She wears solely men’s clothes, keeps her hair cut short by her barber, and makes quite the picture climbing out of her pickup. She has been stared at in women’s bathrooms, and called “sir” by strangers who get flustered and correct themselves, sometimes only to arrive back at “sir.” When she began talking about top surgery (in her case, a double mastectomy with reconstruction to create a more masculine-appearing chest), she told me it wasn’t because she was transgender, but rather, needing to expand the definition of what it means to be female. 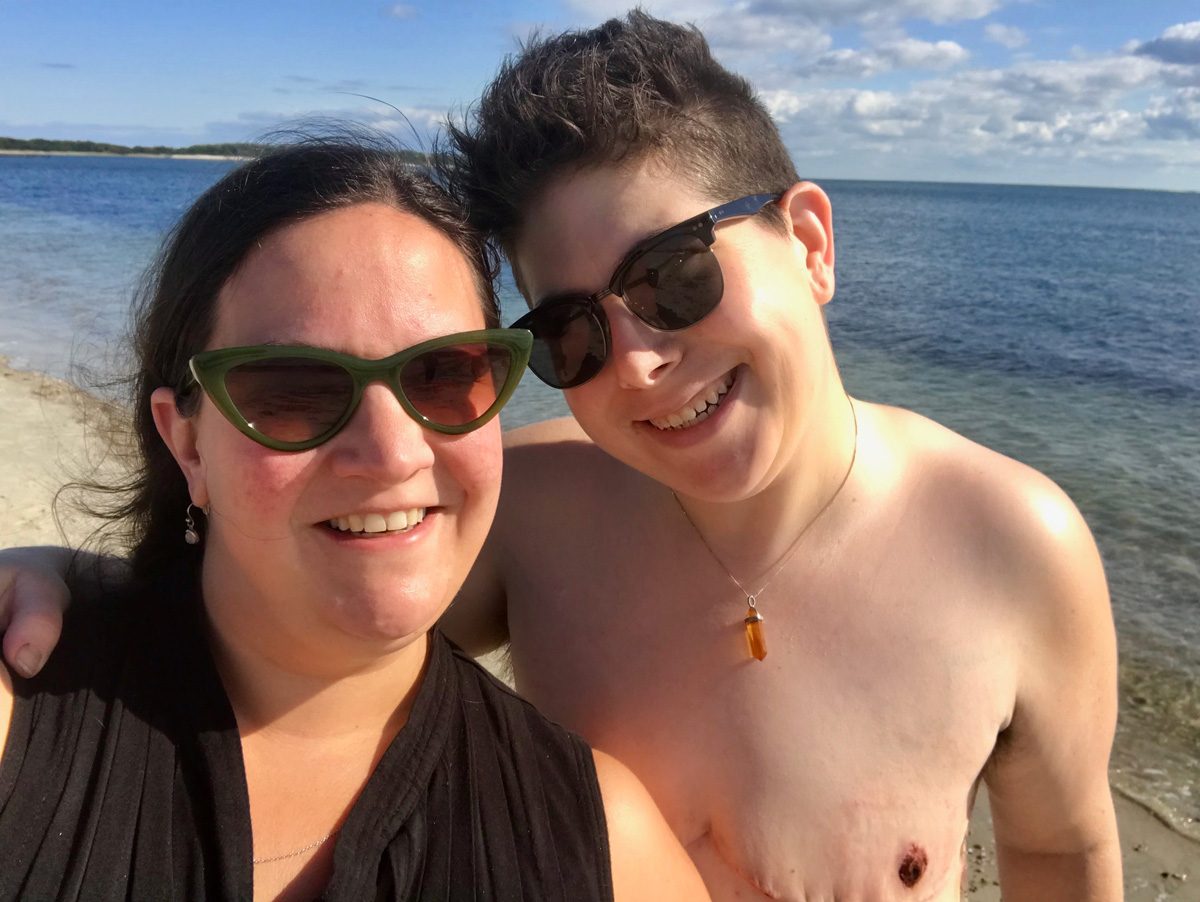 For once, we were able to time things to our advantage.

She wound her way through the obstacle course of healthcare and checked off all the boxes to be able to have the surgery in late August – she could swim most of the summer, and be healed by the time our little one arrived during the holiday season. She lost weight and worked hard to get in better shape, hiking mountains around the state. She reached out and talked to people who had the surgery, both friends and strangers. As some states roll back protections and options for LGBTQ+ folks, Vermont has broken down more barriers; but getting everything in line for elective mastectomy for reasons related to gender is still nuanced and difficult process.

And folks, she looks fantastic. Her breasts were never part of her identity. She likes to say that she Marie Kondo’d her breasts – they sparked no joy, so she got rid of them. It has been wonderful to watch the transformation, more in her face than on her chest: she simply shines. She stands straighter, her smile unreserved, her eyes alight. She told someone who asked how she felt that she ever knew she could feel this much like herself. She is at home in her body.

How many of us can say that right now?

At 26 weeks, I’m starting to feel that way. The ligament pain and lower back soreness both ache and bring me joy. My body remembers how to be pregnant. I trace the tiger lines that Oscar gave to me, one of his gifts before he left us to go starside. I watch as his sister leaves her marks on my body as well. I’m grateful that, even if they didn’t share time together, they shared a physical space inside of me, cradled in my belly with my hands, translating love through every beat of my heart and the palms of my hands.

This time, of course, it’s different. I have a markedly different relationship with my body. I feel as if in some ways, we are getting to know each other, and to learn to trust again. Watching Hawthorne’s journey and transformation has been an amazing gift, in part because it’s been a gentle reminder that I can love my body, but that relationship can change over time, too.

I still have fear that my body will betray me during this pregnancy.

It’s hard to let go of that. I felt utterly deserted by her when Oscar passed in my womb. How could she, my body, one I had loved and cared for, struggled for, caressed and celebrated, turn against me and let my child die inside of me? Why had she allowed for his umbilical cord to tangle and wrap so tightly, constricting and cutting off his only tether to this world?

Part of me waits for the other shoe to drop. With Oscar, I had gallbladder issues, kidney stones, painful edema in my belly, gestational diabetes; all of which we handled with my care team, as well as the chronic hypertension that normally resides within me. All that extra care and attention to my body, the diets and medications, the ER trips, the additional rest, only to lose my son.

This time, my body is having a very different reaction to being pregnant.

I’ve put on 15 pounds instead of 35 by now, outgrown two pairs of shoes instead of all of them, and needed no additional interventions (knock on wood) so far. There is no reason to necessarily fear that this pregnancy is in any way similar to Oscar’s. Different pregnancy, different outcome, right? I keep hoping, but I can’t say I’m convinced. I feel as I have been perpetually pregnant; 35 weeks with Oscar, six months of grief where my hand still strayed to my belly, two months of IUI and pregnant again, arms longing to hold my baby.

Intense changes to your body shape you, whether pregnancy, injury, or surgery, and with results that run the gamut between positive to negative. They force questions to your known identity; they can hurt and ache, changing your movements and demanding attention. They become an indelible point in time, defining “before” and “after.” It’s the learning to live during that in between time that becomes a corporeal challenge to love your bodily self.