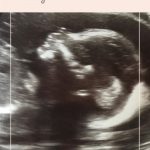 Getting through the week of Oscar’s first birthday was more difficult than I can put into words. Our chosen family showed up in force. We were showered in love and hugs all weekend, with space for celebration and for tears. There was ice cream and swimming, and more hours spent outside embracing the sound of cicadas under the blazing sun. We cried out; our tribe answered and cried out in solidarity. 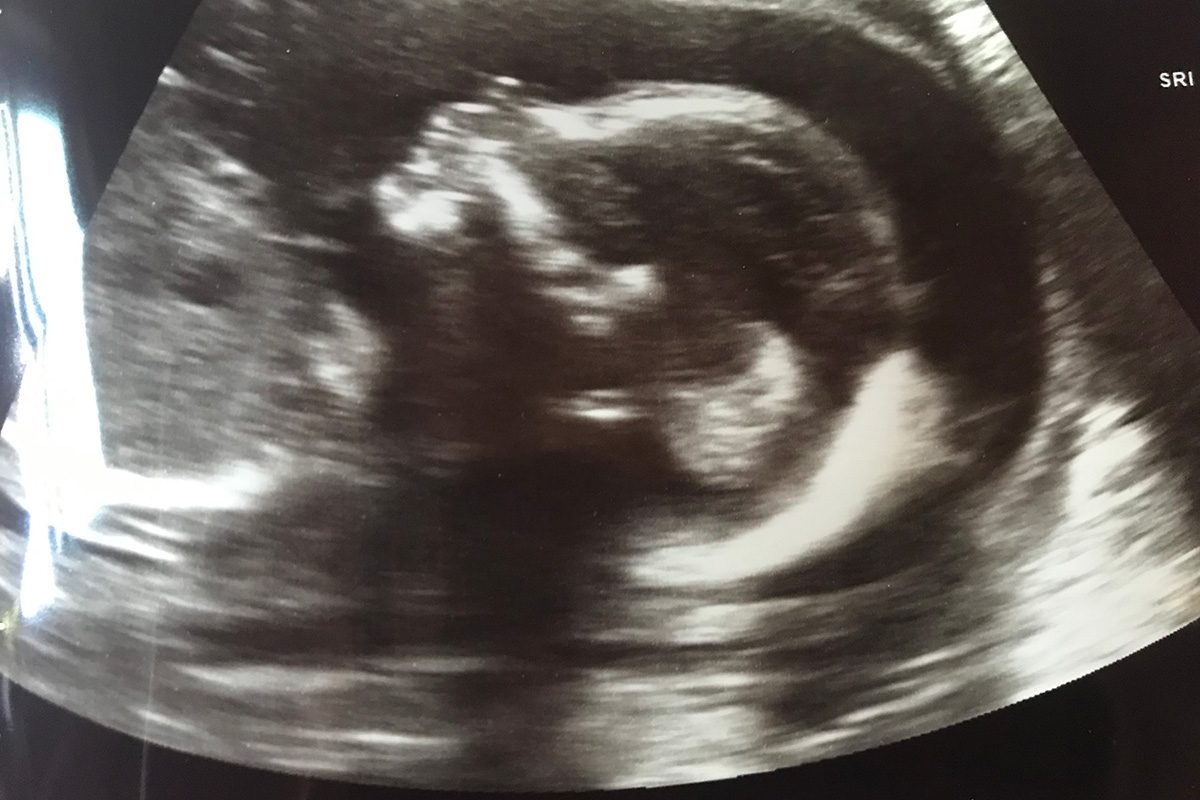 Holding tightly to that deep connection, I feel like now, after the first year of Oscar’s absence, now I can begin to truly celebrate this new life inside me.

On the anniversary of the day we learned of Oscar’s passing, we had our 20-week scan with the maternal fetal medicine specialist. The ultrasound tech took measurements as we scoured the screen for signs of life and clues to this tiny person. I was 18 weeks and 6 days; when all measurements had been fed into the algorithm, we breathed a sigh of relief that the baby was estimated to be about 18 weeks and 4 days. Oscar had been a large baby for his gestational age; he had long arms that measured about 2 weeks ahead of the rest of his growth. We talked about his ability to do handstands and reach things on tall shelves.

When we first had Oscar’s scan, we were shocked to discover he was, in fact, in possession of male genitalia. We laughed, bemused; we had been so certain I was carrying a girl. Very few women in the office and school had bet on a boy. At a moment where many parents dream of major league sports or high political office, we became dewy-eyed half-joking about what a beautiful drag queen or figure skater our son would be.

We had not planned a gender reveal party, because to us, gender didn’t (and still doesn’t) matter.

We had names picked out, some very feminine, some masculine, some androgynous. The clothes we had bought ran the gamut as well; I would have had no problem putting my son into at least one frilly dress for some occasion or another. The family knew that we weren’t the pink-or-blue type, and mostly heeded that in their purchases; and were every bit as loving and sincere when they did pick something “in case it’s a boy/girl.”

We had no gender reveal party; it’s hard to get people as excited about a “gender is a construct” party. We wanted to know the baby’s sex, because they were still hidden away inside me, and we wanted to soak in every detail we could know; not to plan different parenting styles or expectations, but to just know. We never want to stifle our kids’ creativity, discovery of self, or self-expression. We are two queer women who grew up being told our sexuality and/or gender expression was at a phase at best, and at worst, a sin; cherishing the individuality of our children and raising them in a less-gendered world is one of the core tenets of parenting that we are holding to.

Now I’m not here to disparage anyone for if and how they celebrate this knowledge. I know plenty of people who didn’t want to know the sex of the baby arriving, and plenty who did, and it has no bearing on their parenting dedication or ability. It’s what gets ascribed automatically to an infant’s sex that I find bewildering. Barenaked Ladies fans, remember this one?

We’ve got these chains/Hanging ’round our necks/People want to strangle us with them/Before we take our first breath (What a Good Boy, BNL, 1992)

We heard how much “easier” and “harder” boys are than girls, depending on who we talked to.

Girls wouldn’t roughhouse as much, and listen better. Boys would always be dirty no matter how many times you changed their clothes. Girls were easier to potty train; no, boys were. Everyone had an opinion and they weren’t afraid to impart the wisdom they received upon learning their children’s anatomy. That chromosomal difference matters so much to a lot of people that they put a great deal of time and energy, and it seems to be getting more lavish and huge in scale. One of last year’s forest fires out west was determined to be caused by an explosive gender reveal with pink (or was it blue?) gunpowder.

On the day we learned more about our second child, we were so blanketed in the first anniversary days of Oscar, it was hard to be excited. After spending the weekend honoring and remembering Oscar, however, it feels like it’s the right time to really celebrate this little light, and everything we know about them. My due date was updated for a 38-week planned induction, so in November, we will be welcoming Oscar’s little sister to the Thanksgiving table. I expect her to arrive in pants and Doc Martens.