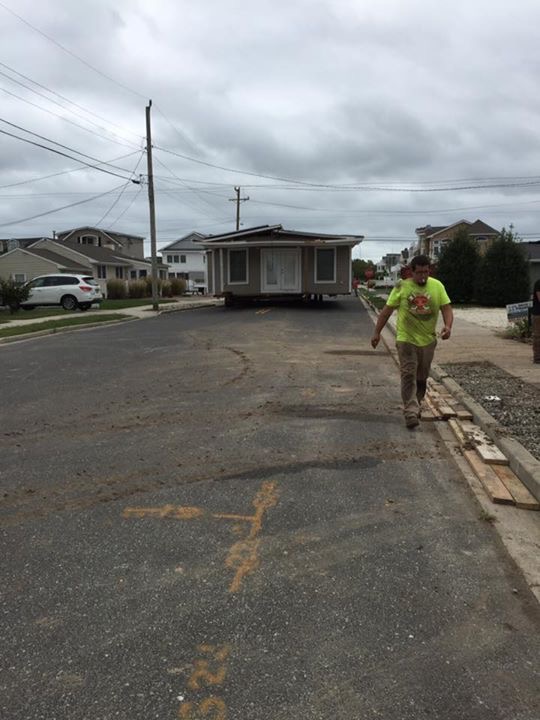 Avalon, with roof flat, moving on.

How can you leave a place you love?

These words echoed in my mind when my parents told me that they were selling their home and moving.

This news came on Mother’s Day, my first one without Hank.

Let me back up. This house that I speak of had been in my family since 1992. We’d go down on spring weekends, fall weekends, and then pack up and spend most of the summer there.

My family and I, we all called it Avalon. Yes, that was the name of the town. It was also how we referred to the house itself. It could be a noun or a verb. It was not just a place but a state of mind.

I had a little baby shower at the beach. It was truly a surprise. The handmade invite alluded to the fact that there would be a new baby boy on the beach next summer. My favorite gift was a navy hoodie that said Avalon on it. I pictured Hank wearing it his first spring, maybe on a stroller walk, a receiving blanket shielding the wind.

Then, Hank was gone. In an instant, it was over. The sandcastle just fell into the ocean.

When my parents told me the news about selling the house, and moving to a different beach town in a different state, a beach that was more protected and safe from storms like Sandy that had just ravaged areas just north of them, I couldn’t handle it. There had already been enough changes in my life.

My place of peace and solace, my place where I dreamed of chasing a toddler down the sand had just been deflated. My place where I had immediately fled after coming home from the hospital with empty arms. We all loved that house. How can you leave a place you love?

I was told that the memories would come with me. They stay with the person, not the place, they’d all say. It just was all too much. My marriage, which took place on the beach at the end of the street, would just be a wedding on some beach. The shells I collected would become just shells from some sand. And my baby boy’s navy blue hoodie would look like something someone just got on vacation.

I felt sick. Why would you leave something you love? I wanted to hold onto what I loved. I didn’t want anything else just ripped away.

My parents sold the house that spring, but didn’t settle until the end of September. That meant one more summer. Come down, they said. Come make more memories to take.

I couldn’t do it. It was like looking at something that was already fading. It hurt my heart. I thought a lot about the moments when Hank was born, when the nurses and social worker and minister encouraged me to hold him. No. He’s gone. I wanted to remember him how he was supposed to be.

I never went back to Avalon after that news on Mother’s Day. I had a hard time speaking to my parents about it, let alone in general. Always close to my family, I suddenly shut myself off. I simply couldn’t handle it. Even now, I try not to think about being there. Sometimes it’s painful. It’s always pre Hank memories. Pre Hank doesn’t feel like my life anymore.

Now, my parents have a new house in a town still on the water but not as risky, weather-wise. It’s a beautiful home. We love going there and take up semi-permanent residence in the summer. It’s a year round town. There is more than one restaurant open in February. I love everything about it.

We got news this week that the current owners of Avalon sold the home but kept the lot. In an unusual move, someone else bought the home and it’s now in the process of being moved off island. The new owners will build their own home. They’ll make their own memories.

I think about the new town, Lewes, and I think of Elise. She’s never been to Avalon. I wasn’t ever there when I was pregnant with her. To her, it’s just a town with some sand and shells. But she is a Lewes girl if there ever was one.

I put Elise in the Avalon hoodie once. The zipper broke. I put it in the car, thinking I’d take it to the cleaners to get it fixed. I never did. I didn’t want to. That wasn’t her sweatshirt, and that place wasn’t hers.

It’s hard to separate things from the baby we’ve lost to the baby we are trying for, are pregnant with, or already have. We hold fast to the things we want separate and make conscious efforts to blend when we want to. We are allowed. We are the grieving parents, and if that’s how we choose, so be it.