Living in Indecision: When You Feel Your Intuition Failed You 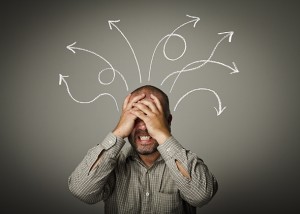 During the majority of my pregnancy that finally carried to term, I decided to stay in a state of trust. I trusted my medical professionals, I trusted my intuition, I trusted in any higher power above that things were going to work out just fine. In some ways, I really don’t know that I could have made it through that pregnancy without some kind of laid-back, just “trust the process” kind of approach. After so many losses and early miscarriages, years of infertility, that pregnancy was a miracle. I immediately slipped into a “this is meant to be so it will all work out” kind of mindset and refused to worry about anything that could go wrong. When she died at 39 weeks, I felt the immense, all encompassing self blame that so many of us feel. I decided that not only had my body failed her, but I failed her. I didn’t think hard enough or research more or ask more questions. I didn’t push hard enough when I told my midwives for weeks that she really didn’t move very often. I didn’t google reasons for so little movement. I just trusted that it would all be okay.

In the back of my head, there were times that I feared she would never come home with me. From the beginning, I shoved aside feelings that would creep in that told me that she wasn’t going to make it. I dismissed all of that and chalked it up to previous losses and irrational fear. I didn’t want that fear to rule me. Except that my intuition was right. In fact, not only did I have that feeling, but so did my husband and my mom, for reasons that none of us can fully explain. And none of us expressed that intuition until long after she was already gone and there was nothing to do to reverse it.

The problem is that now that fear has crept into this pregnancy. Not only do I not trust my own intuition about pregnancy, I am paralyzed to make decisions that have anything to do with parenting. In my mind, the last time I was tasked with making huge decisions, I chose wrong. My intuition as a parent completely failed me, and in turn obviously failed her.  Even when I am completely aware that these thoughts are irrational, and that I didn’t actually fail her, I still feel like I am not adequate to make choices for my soon to be born son. I am somehow relegated in my mind to a sub-par parent who will ultimately always choose wrong. When doctors now ask me if we want to circumcise, or if we want to formula feed or breastfeed, I am frozen. I knew these answers before. I’ve known them for years. I knew where I stood and what I wanted and what was best. But now every single parenting choice is in the air. It’s all up for debate. I have to talk over all my options with my husband or girlfriends, because I so deeply believe that my own choices are going to be the wrong ones. I have no idea what to choose, and every decision becomes monumentally important. If I can’t choose a nursing pillow without losing sleep, you can imagine the level of debate that rages when I try to think about bigger issues. My google history probably makes me look like the most neurotic parent to ever exist.

I’ve spent weeks in turmoil over choosing his birthdate. I don’t know that I can personally manage past 37 weeks. When this pregnancy first started, I knew logically that it would get difficult. I read so many of the moms before me talking about how it was the hardest thing they had ever done, apart from saying goodbye to their children. I was aware it was hard, but something shifted at roughly 30 weeks that made it emotionally very present and very real, far more than just intellectually being aware that this was difficult. Maybe it started with a day where he moved less, or when we went in for an NST. Either way, a moment of absolute panic overtook me and refused to leave. I had an entire day where I existed in sheer anxiety. I didn’t think I could make it one more day, much less to the previously decided upon 38 weeks. I would have gladly accepted a coma until after his birth in order to make it because I surely was going to crawl out of my skin in fear. I talked myself off the ledge in some ways, but the debate instantly began where we started to put 37 weeks on the table instead of 38+4. Except, since I can’t trust myself, I constantly thought of all the things that could go wrong at 37 weeks and how I was going to inevitably screw up my child (probably forever and ever) by making decisions based on my fear. It took a medical professional nearly shaking me to tell me that it was a normal fear,  a normal debate and a normal thing to feel torn over and it was actually a sign that I was a good parent, and not, as I feared, a horrifically bad one that fails my children before they are ever born.

But I still often live in indecision. I’m trying to figure out how to separate irrational fear from rational fear. And unfortunately for many of us, our fears are more rational than other parents, because rationally, so many MORE things can go wrong than we used to know. It is rational to think it can happen again. Not only is that a fear, but research tells me that it’s a risk that is higher for me than moms who have not experienced stillbirth before (which seems pretty unfair if you ask me!). It’s not insane to fear this happening again, or medical issues arising or that a 37 week birth could come with some potential, if likely mild, lung issues.

I am trying to figure out how to be ok living in indecision and to be confident in the truth that I will likely never know all the answers ever again. Maybe it’s a gift. Maybe I’m accepting and facing a reality that other parents embrace much later into parenthood. Either way, for now, I don’t know all the answers and I’m learning to live with the fact that I may never trust myself so assuredly.

About the Author: Lauren Ashlock

Lauren has walked the road of trauma and grief for years, mainly as a PTSD therapist and then most recently in her personal life after the loss of her adopted daughter through a failed adoption and then the subsequent stillbirth of her daughter Rhiannon at 39 weeks from a cord accident/cord compression in March of 2013. She focuses her articles on pregnancy after a loss through a failed adoption, miscarriage loss and loss through stillbirth, as well as parenting after those losses. The journey of infertility and decision to adopt/use donor conception which is another loss in itself even though it is also a new beginning.