Life with Noah: Back to School 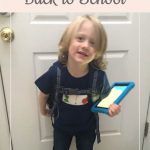 Before I sat down to start writing this post, I laid out Noah’s first-day-of-school outfit. Later today, I’ll gather everything he’s expected to bring with him tomorrow and pack his backpack. Tomorrow morning (September 16), I’ll attempt to take a picture before driving him to school. Then – after drop-off – I’ll come home, share the photos on Facebook, and, more likely than not, cry. I’ll cry because it’s hard to believe he’s old enough to go to school, I’ll cry because I know it’s probably going to be difficult for him to adjust to a change in his routine (like many autistic children, he often struggles with this).

I’ll cry because of the heartache I am feeling that I will never share first-day-of-school photos of his older brother. 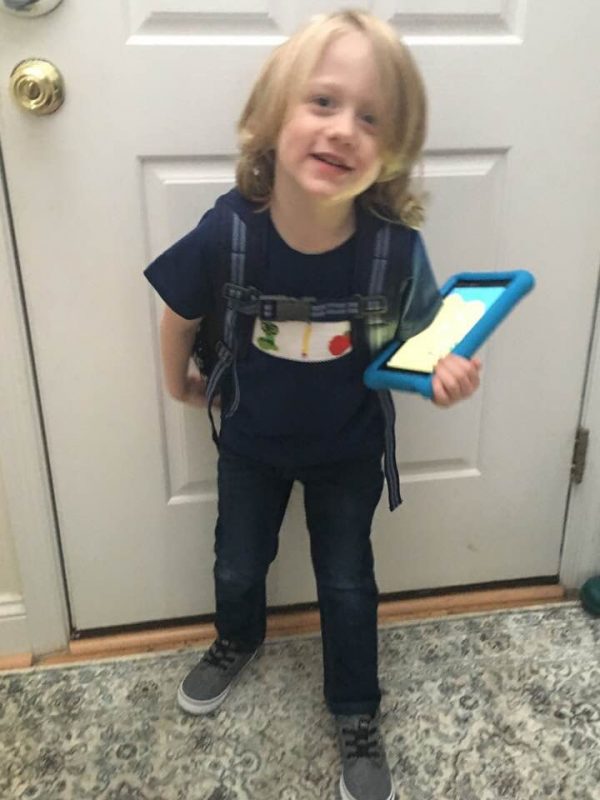 The least blurry photo I managed to get of him – he was so excited about going back to school that he couldn’t stand still!  And I did cry after I dropped him off, but that’s okay – his little joy-filled face made my whole morning.

Such is – for me – the blessed conundrum of raising my sweet rainbow child. Every one of these big moments for Noah is a big moment I never got to have with William, and I often feel a lot of guilt over thinking about William during Noah’s big moments. As I’m packing Noah’s backpack, laying out his clothes, attempting to take his picture, driving him to school, thoughts of the other little boy my heart aches to be doing those things for will flutter through my mind and I will be sad. I will be sad for the little boy who isn’t starting his first day of school tomorrow because he’s not here to do so, and I will be sad for the little boy riding in the backseat because he deserves my full attention and probably won’t get it because I’ll be sad.

I will also be full of joy and gratitude, though, because I have been given the tremendous gift of having a rainbow to raise – not all are afforded that blessing.

One thing I have learned over the past five years of being a loss mama (and nearly four years of being a rainbow mama) is that all of these feelings are completely normal, that it’s okay for me to be sad and joyous in the same moment. I can miss my sweet William, and all of the moments I will never get to have with him, and still celebrate Noah and all of his moments.