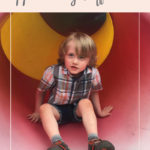 “Noah doesn’t talk.  That’s weird.” – One of the other children at the daycare my son attends

I knew it would happen eventually, that someone would make a comment about noticing a difference between Noah – who is neurodiverse (his diagnoses are autism spectrum disorder and sensory processing disorder) – and his neurotypical peers. Truthfully, I expected it would come from an adult. It’s been our experience thusfar that children have been far more accepting of Noah’s differences than adults have. Instead, the words came from a four year old… 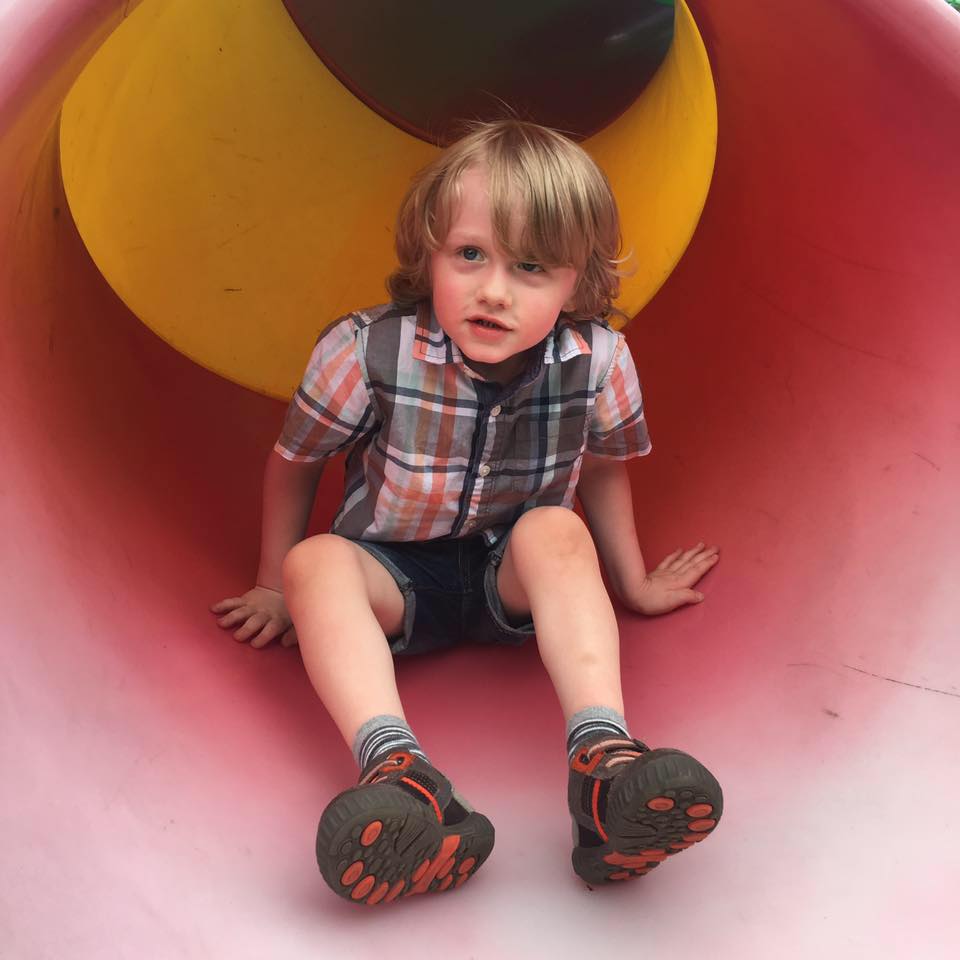 Playgrounds are one of his favorite places to visit!

I belong to several support groups for parents of differently-abled children, and am often taken aback by some of the things that are said – both to and by – those of us who are raising said children.

While we have not heard things like “he needs a good spanking” or “he wouldn’t act that way if they’d parent him better” in reference to our child, many of the parents in my support groups have, and the way parents respond to these statements varies widely. Some attempt to educate, while others lash out. I’ve given a lot of thought to how I might respond to comments. I want to be the parent who attempts to educate as calmly as possible, but I also know that my fierce protectiveness and love for my child might make that difficult. Would I really be able to remain calm, cool, and collected when someone is disparaging my child – likely in his immediate presence?

To the little boy who said Noah’s lack of spoken language makes him “weird”, I simply said, “You’re right – Noah doesn’t talk with his mouth very often. But he does talk with his hands, and with a special little computer. I don’t think that’s weird – I think it’s kind of awesome!” And while this particular child didn’t think it was awesome, several other children who’ve interacted with Noah since the comment was made did. At a dinner party we went to recently, a few of the kids were excited about learning some of Noah’s signs, and any time he uses his augmentative and alternative communication (AAC) device people – children and adults alike – are intrigued.

Many people assume that because he doesn’t talk with his mouth, he doesn’t understand and/or doesn’t have anything to say. As his Mama, I can assure you that that is absolutely not the case. The way he communicates may be different, but he is as stubborn, silly, and opinionated as most of the neurotypical toddlers I know. Best of all, he is the happiest little human being I’ve ever met. While he has his moments (both because of his sensory differences and because he’s a toddler), his life is full of laughter and smiles and “happy hums” (his vocal stim).

Don’t be the person who laughs and whispers (or worse, doesn’t whisper) when you encounter a differently-abled child.

Be the person who asks what they can do to make their child’s birthday party more comfortable for mine (I don’t expect you to ask me this, but it is so deeply appreciated when you do). Be the person who encourages their children to appreciate that we are all not the same (in so many different ways) and that differences are things that we can embrace. Be the person that elicits a big, double-dimpled grin from my son when you learn a few simple signs and communicate with him (he understands what you’re saying, but he is thrilled when someone acknowledges his signing and signs along with him).

We are not all the same, and we have so much to learn from and about each other if we open our hearts and our minds to appreciating differences.