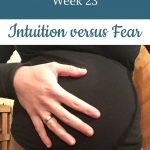 I can’t tell you how many times I’ve been told by well-intentioned people, “If there’s something wrong, you’ll know.” Maybe that could be more true in people with a different history, or maybe I’m just not in-tune enough with myself for those words to ring true for me. Though, I do consider myself quite “in-tune” with my body. 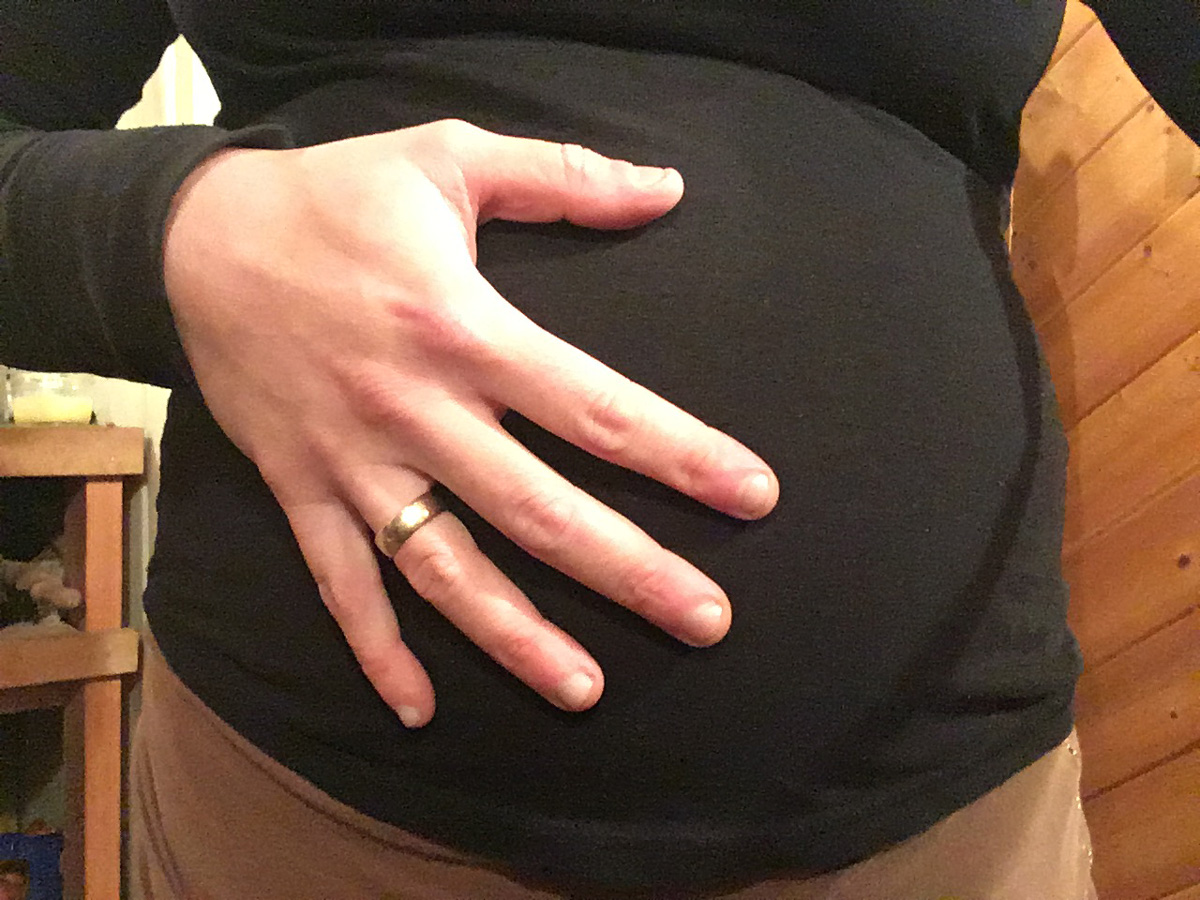 But here’s the truth. When my first babe was lying dead inside me for a week, I had no idea anything was wrong. No “intuitive hit,” strange sensations, nagging feelings. Something was wrong, and I didn’t know.

And I’m certain that many loss moms can relate. Or maybe, if you did have a nagging feeling, you were told not to worry, kick up your feet, and relax. We’re being given conflicting advice: if you have a feeling something is wrong then something probably is amiss, but also don’t overreact and worry. What the heck!?!

It leaves me in this place of not really knowing how to distinguish intuition from fear. Oddly, the best I can do when these moments hit is imagine the worst and best-case scenarios. If I did want to act and do something, what would I do, what steps would need to happen, and what are the possible outcomes? For some reason, going through all the possibilities can help ease my mind. Even though I always hope to whatever god is listening that I will have to take none of those steps, and all will be fine with baby and me.

I had a little freak-out last night and early this morning when I noticed the baby wasn’t squirming around much in comparison to usual.

Usually, every time I turn in bed the critter is kicking my insides. I’m only 23.5 weeks along, I know, but I still got worried. Ah, the double-edged sword of feeling movement starting at 14 weeks. So, I woke up, switched positions, felt a small movement but was concerned that maybe something was wrong. I even used the fetoscope to locate the heartbeat and used my phone timer to see if the heart rate was adequate (even though I know that hearing a heartbeat doesn’t necessarily mean everything is OK). My tummy started gurgling big-time, so I dragged myself to the kitchen for some homemade sourdough toast loaded with butter and a piece of cheese.

And wouldn’t you know it, as soon as I laid back down in bed, the baby was moving around and making him/herself very well-known. Major eye-roll. I told my baby right then and there, “You have permission to move around as much as you want, day and night, and I promise I won’t complain ever!” All day long since then, I’ve noticed regular consistent movements, so please don’t worry.

In the moment, I tried to connect and distinguish if it was anxiety or intuition. Was something truly wrong? I could see it going either way. I also practiced my hypnobirthing techniques and connected to my breath to relax deeper. Even if something was truly wrong, it wouldn’t help anybody to freak out and panic.

But I’m still left with that uncertainty that others seem to think is so obvious: how will I actually know if something goes wrong?

I mean, yes there are some obvious things that can happen indicative of a problem. But, subtle things can also happen that can be completely unnoticeable–by me, a provider, or any test/scan.  Or, nothing noticeable can happen, like with my first baby. My husband totally understood and empathized with my confusion of fear versus intuition. What a guy. He also said that in the end, the only thing we really have to help us through is faith. And you know, I suppose he’s right. Faith that no matter what, we will make it through.

PS- in the picture is my Mother Ring I’ve mentioned before, with the one inset stone representing my first child. Eventually, I’ll add in another stone in honor of this second child. This ring was the wedding band of my Great-Great-Grandmother Agnes Forbes who immigrated from the far north of Scotland in the 1890s.  From my babies to her is six generations of strong, powerful, compassionate women!