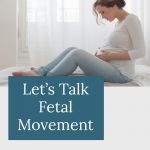 In the third trimester of pregnancy doctors in the U.S. ask expecting moms to start doing kick counts. Fetal movement in the third trimester is crucial for determining the health of the baby. The link between decreased fetal movement and stillbirth is clear. Babies in utero will conserve energy when in distress, so a change in your baby’s movements can be a scary indicator that something is wrong. 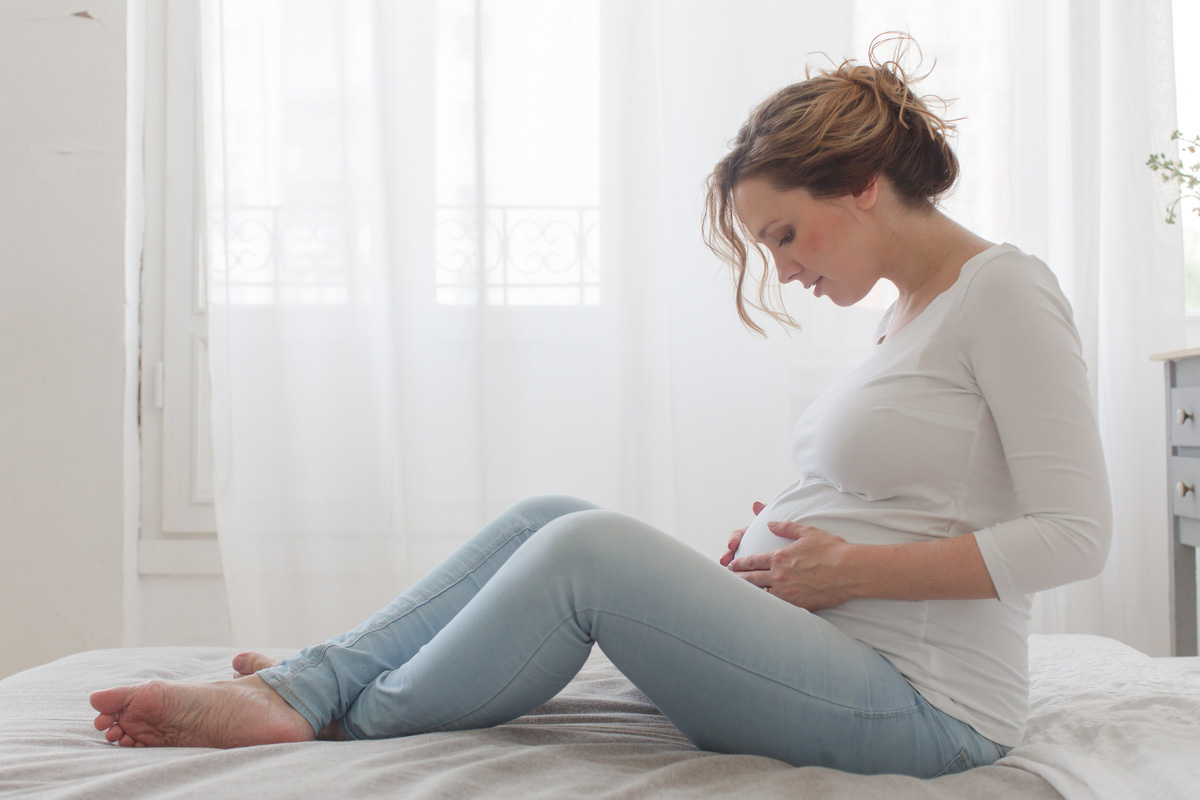 Monitoring fetal movement can be incredibly triggering for a mom pregnant again after loss.

Your baby’s death could have been discovered through lack of movement so entering this phase can be unbelievably scary. Your paranoid can increase. You could feel like you do not have the correct instincts anymore when it comes to fetal movement. It’s hard to trust your own intuition after loss. The loss of confidence can make counting kicks feel like a monumental task.

These feelings can exist even if your loss wasn’t discovered from lack of movement. You likely have met many families who did experience this and worry that it could happen to you too.

Pregnancy after loss is really just about trying not to go down that rabbit hole of how many different ways your baby could die.

But monitoring fetal movement and becoming the “expert” in knowing your baby’s pattern can help bring back some of that confidence in knowing your body and your baby. It also can help with bonding if you’ve been struggling to do so after your loss.

Traditionally, in the U.S., women are advised to start “counting kicks” between 28- and 32-weeks gestation. It’s recommended that you track movements including kicks, flutters, swishes, or rolls. The American College of Obstetricians and Gynecologists says, ideally, you want to feel 10 movements within two hours.  Keeping track of these movements will help you learn your baby’s pattern. Any deviation from this pattern is when you should worry and contact your doctor.

Did your doctor talk to you about fetal movement during your pregnancy? In your first pregnancy and in your second and third? They should bring up tracking fetal movement in every pregnancy.

At my last OB appointment, my doctor told me it was time to start counting kicks. She said to find a time when I normally notice movement and count 10 kicks in 2 hours. She said it will likely not take that long to get to 10. She emphasized (and I appreciated hearing) that any decreased movement or deviation from my baby’s pattern meant I needed to call. And right away. Not in the morning. Not after I posted on Facebook asking for advice on what to do. Right away.

It was a message I wasn’t sure was so bluntly delivered ever before in any of my previous pregnancies. But it should have been.

A few summers ago, while serving on the board of our area bereavement support group, I was able to attend the Stillbirth Summit put on by Star Legacy in the Twin Cities, Minn. This is a conference that brings together medical professionals (mostly doctors), parent advocates, and researchers to discuss innovative research in stillbirth prevention and perinatal bereavement.

One of the sessions I attended was “Using Maternal Perception of Reduced Fetal Movement to Improve Pregnancy Outcomes” (presented by Dr. Alexander Heazell). He, like many of the other doctors from the U.K., Ireland, and Australia, were very focused on moving from the practice of “counting kicks” to “recognizing your baby’s pattern.” Changing this focus, and using this language, has the added benefits of helping mothers bond with their babies, and also bolstering confidence in a mother’s own intuition. You know your baby better than anyone. If something is amiss, you are the one with the information that will trigger a doctor to dig deeper.

Many women, especially pregnant after loss, will misjudge their own intuition.

I know I have been there. “This couldn’t possibly mean anything.” “I’m just overthinking it, and I’ll feel better in the morning.” But in a study of women who delivered a stillborn baby, many of them reported knowing something was wrong. A mother’s intuition is a strong indicator of fetal health. So, trust yourself. If you think something is wrong, don’t delay and reach out to your medical team. You’re not bothering them. And even if it turns out to be nothing, it’s okay to have checked it out. It’s never a waste of time.

Doctors, midwives, and nurses need to help you recognize that. Although you may feel less than confident in your instincts, and less trusting of your body, you do know your baby. Counting kicks and tracking your baby’s pattern will help reinforce that.

That said I know the mental game of counting kicks. I know how you can convince yourself you haven’t felt enough, you can’t recall if you got enough, and I’ve been guilty of poking my stomach, drinking a cold beverage, getting a caffeinated drink, or eating ice cream, or some sort of sugary snack to get the baby to move. In previous pregnancies, I had a whole host of tricks I could use to get the baby to move (even turning off all the lights and holding a flashlight to my stomach!). If you’re worried baby is not moving enough, it is so easy to convince yourself of many different reasons the baby is not moving. You can misjudge your instincts. Because of course, you want to be wrong about lack of movement. You just want it to be in your head.

We also learned during Dr. Heazell’s seminar that there are so many myths surrounding fetal movement.

These need to be dispelled and they need to be widely reported as myths. So, let’s discuss these myths.

MYTH #1: Baby’s movements decrease as you get closer to delivery. The baby’s running out of room to move!

TRUTH: Baby will move throughout the pregnancy, late in the pregnancy, and even during labor. Movements get stronger.  They do not decrease! Any decreased movement should be reported to your doctor immediately.

MYTH #2: Drinking something cold or sugary will help get baby moving.

TRUTH: There is no evidence to support this idea that cold or hot beverages will stimulate movement, nor is spiking glucose levels in your body. The best thing to do if you feel there’s been less movement is to lie down and pay attention to baby’s movements. You may have been too busy to notice the movements. If you don’t get enough movement in the two-hour time period, call your medical provider immediately.

TRUTH:  Babies in utero sleep in 20-40 minutes intervals. Again, get to know your baby’s pattern, and you’ll know when these intervals are. If you notice any deviation in the pattern, consult your doctor immediately.

MYTH #4:  Baby’s movements slowed down, but I checked the baby with my fetal doppler at home and the heartbeat is fine, so I’m reassured and can follow up next time I see my doctor.

TRUTH:  The scary truth relayed at the Stillbirth Summit meeting is that everyone has a heart beat until they don’t.  The heart tones are an indicator of fetal health, but not the indicator.  If you have decreased movement or deviation from your baby’s pattern, no matter what, call your medical provider immediately.

Although it may be hard to believe right now, you are the one who knows your body and your baby best. If your instincts are telling you that something is wrong, talk to your provider immediately. If you still don’t feel that they’re listening to you or you feel dismissed, continue to press until they take you seriously, or find another provider (if possible) who will. You are your best advocate and your baby’s best advocate. Use your mama bear instincts to keep you both safe.

*The author for this article used research and findings from ACOG, and Dr. Alexander Heazell’s presentation at the Stillbirth Summit in 2017. Myths listed in this article were compiled from Still Aware’s #LetsTalkMyths social media campaign and Tommy’s.

This content should not be substituted for medical advice. Always talk to your provider about questions you may have for your treatment.