A Legacy of Trauma: Black Women and the Health Care System 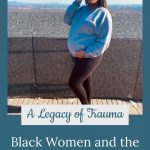 In celebration of Black History month, we reflect on the past and how far we’ve come as a nation. We reflect on the advancements brought about from Black minds and Black hands. We celebrate the expansion of the Black culture as a whole. Because we have so much to celebrate, we can often neglect how much further we still have to go regarding true and authentic equality. The health care system is just one spectrum where the undertones of inequality and discriminatory practice can be subliminally documented. 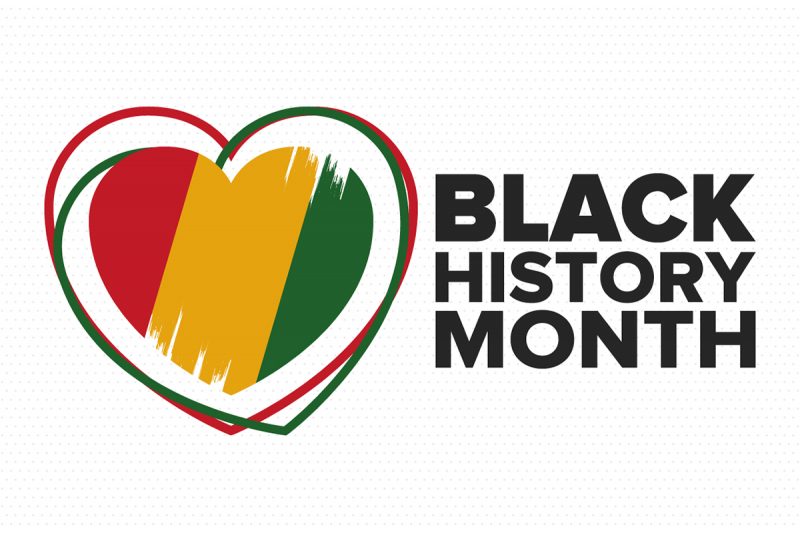 The treatment of black women within the healthcare system has been a plight for centuries.

The reasoning behind the lack of quality treatment for black women journey’s back to American slavery. Black women who were enslaved either did hard labor work in the field or held up the entire home and household singlehandedly. Black women weren’t allowed to be soft and womanly but instead were required to be strong and to endure in a masculine manner. Fast forward to life after slavery, while physical freedom was abounding mental freedom was far out of sight. Many systemic obstacles had been put into place to disadvantage the black family. While I won’t go into detail about this because that’s worth an article of its own, I will say that systemic obstacles, discrimination, and disadvantages have played a major role in the separation of black men from their families, causing black women to raise families on their own. Black women have been forced to be strong, have been forced to be the backbone, and have been forced to cope with circumstance. This reality is what drove the stereotype of black women lacking vulnerability, sensitivity, feminism and viewed as being able to withstand anything without help.

This concept has been found in many aspects of life including the health care system.

While I don’t want to generalize the entire health care system, knowing that there are skilled doctors and medical personnel who do exactly what their job requires aside from the race of their patient, many medical institutions and medical personnel are still operating not only under the idealism of a black woman’s strength and endurance but especially under the myth created by Dr. Thomas Hamilton in the 1800s, that Black people do not feel pain. His false theory described that Black people have thicker skin and less sensitive nerves and can tolerate pain, hence needing less medical intervention. 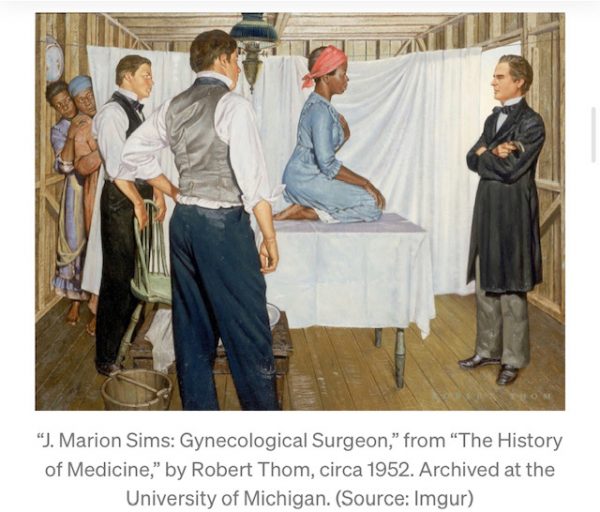 Dr. J Marion Sims, who is known as the “Father of Gynecology” believed whole-heartedly in this myth. With him specializing in gynecology and operating under Hamilton’s theory, imagine how that had affected the health and wellness of Black women. He offered groundbreaking advancements in the gynecology field but they were all through experiments he performed on Black enslaved women because Hamilton’s theory attested to the pain tolerance and heath stamina of Black people. Although many enslaved Black women had died through his experiments, that wasn’t enough to end the theory. I believe it still exists today deep down in the crevasses of the health care system. 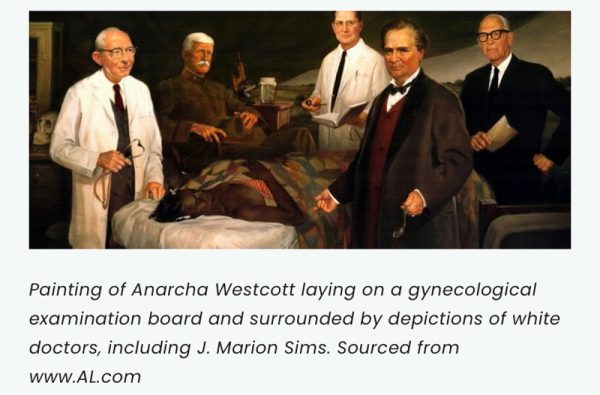 Though centuries old, that theory came to my mind early in my pregnancy when I was told by my doctor that my baby was not growing at a healthy rate.

It was predicted that she might have a skeletal disease causing her not to grow efficiently and I was advised to undergo a procedure that could pose a risk to her life but would also tell us whether she had a skeletal growth disorder. While my husband and I had no intentions of getting the procedure done because of the risk factor to our baby, we sought out a second opinion to assess any other options. We learned that the same growth disorder could be revealed or canceled out by a simple blood test, posing absolutely no risk to our baby. We were so confused. Why wouldn’t that be the first option offered to us? Nevertheless, the blood test had shown that our baby did not have any type of skeletal disorder. Instead, she was simply growing at her own pace, and at 39 weeks, she is the perfect size. 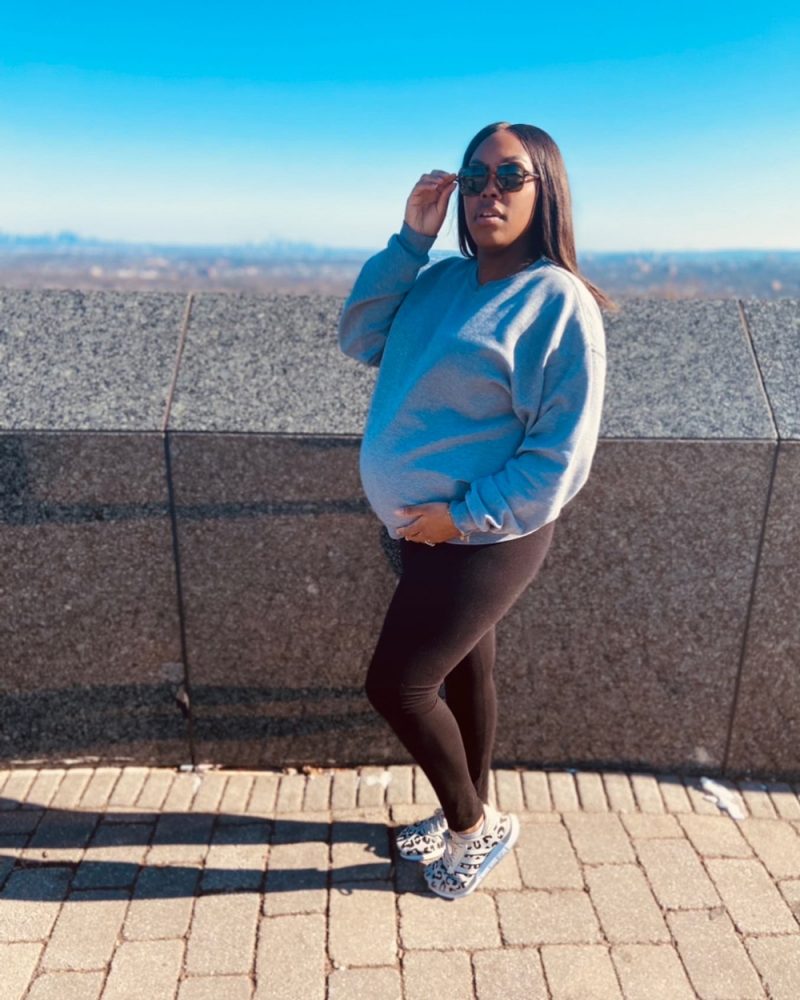 That experience was the point where I made my final decision to switch from being treated by a doctor and instead receive prenatal care from a midwife and give birth outside of a hospital. It’s a struggle knowing the history of America and western medicine and not knowing what a medical practitioner truly thinks of you as a Black woman because of America’s history. They may not be racist. They may not look at you as if you’re different from any other patient. They may care for you as if you were their own family. However, the trauma of American history makes it nearly impossible to find comfort in a medical setting when you’re a Black woman.

For me, the trauma set in at a young age.

From the time my menstrual cycle began at age 12, I have suffered severely with overbearing cramps and an excessive flow that could bleed through my clothes. My period was so irregular that it would sometimes skip a month or it would last over a week. I was of course knowledgeable of period symptoms and what could be expected as being normal, but I also knew that what I was experiencing was not normal. I remember my mother bringing these concerns to my doctor’s attention and I also remember being told that there was nothing wrong with me although there was never an observation or exam done. I remember being told to take Tylenol to help with the cramps and that was the only resolution offered.

Once I became an adult and began going to my appointments on my own, I continued addressing my concerns. I was always told that nothing was wrong with me and at one point was prescribed a stronger dose of ibuprofen for the pain. I remember telling my doctor the ibuprofen may assist with the pain but I don’t think it’s normal for me to have to wear a tampon and a pad at the same time. I remember mentioning that it couldn’t be normal that my period would randomly skip a month and when it did come it would last for over a week. I remember then being offered birth control which is what my doctor said would regulate my period. I refused the birth control because I didn’t think it was best for me and I also did not want an easy fix. I didn’t understand how it was acknowledged that birth control could regulate my period but it didn’t matter as to why my period was not regular in the first place.

In a previous blog, I talked about learning about having DES exposure after suffering two miscarriages back to back. I had to request an exam for this because after the miscarriages I was told that these things just happen. Knowing the likelihood of having a second miscarriage right after the first is only a 1% chance, I knew that something different was going on with me and it wasn’t a matter of “things just happen.”

Not only did the DES exposure give reason to my miscarriages but it also exposed the cause of the irregular period that I’ve suffered with for over 17 years. Had I been examined and perhaps diagnosed at the time I began addressing my period concerns as a young girl, I would have been aware of what I was up against and maybe even a little more guarded when it came to trying to start a family. However, I was completely blindsided by my miscarriages because each doctor has always told me that nothing was wrong with me. 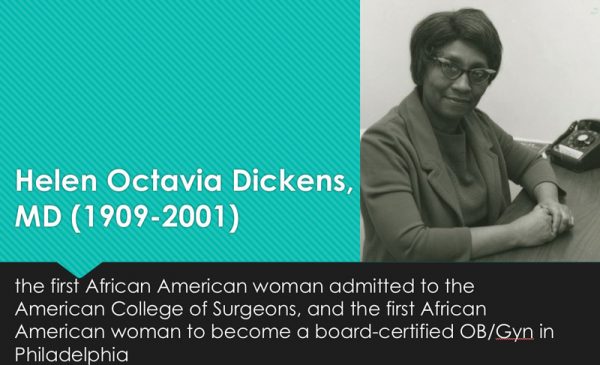 As black women, we have to take control of our health. 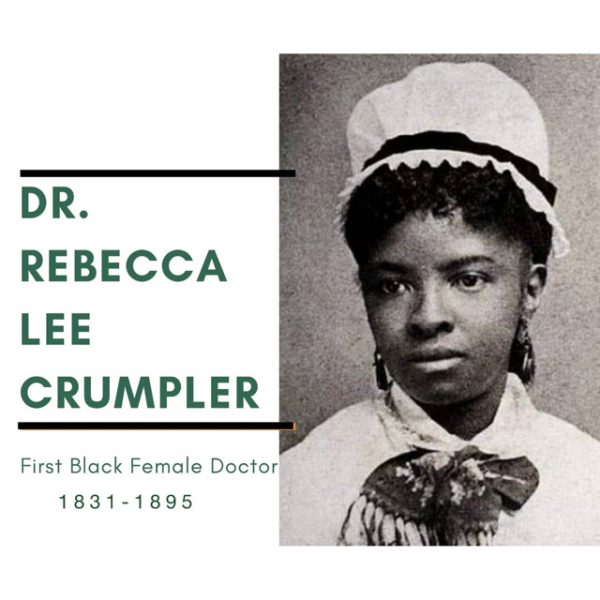 We have to do the research and stop taking no for an answer when we know that something isn’t right. We have to make it our duty to know our bodies. Ask for a specific exam or observation if you believe it’s necessary. Don’t be reluctant to get a second opinion or to switch practitioners if you feel as though your concerns aren’t being heard. Health and wellness are worth the very best care and effort no matter who you are or what you look like. Your health care should never be something you settle for. We know the stories of Black history and Black American history. We know where we’ve been and where we are and as we are consistently progressing forward it will require us all to speak up and speak out. Now is the time that we begin changing the narrative for ourselves to dismantle the subtle residue of discrimination that subliminally lingers over the health care system against Black women.