Pregnancy after loss is all about waiting. Pregnancy in general is a time of preparing and waiting for a baby to arrive. In pregnancy after loss, though, this waiting is not about waiting until the time that your baby is finally ready to join you, it is waiting to find out whether this baby will be joining your family healthy and alive. It is waiting to determine whether you should be excited and celebrate.

Each week of waiting in pregnancy after loss is filled with emotions.

Last week I had an early Level II ultrasound. Since our first baby likely passed around 17 weeks, our Maternal Fetal Medicine specialist recommended that we get an extra, more detailed ultrasound around this time. At the 16 week scan in my second pregnancy, we were relieved to hear the baby was measuring the expected size, but there was concern about our baby’s bowel appearing brighter than it was supposed to. The doctor explained issues this could be indicative of, and we talked about testing to rule out these possibilities. If all of that came back normal, the doctor said he would not be overly worried and we would wait, hoping that on the next ultrasound the bowel would look more normal.

In my second pregnancy, I was very anxious. I was worried about losing another pregnancy, but I assumed if I did it would not be the same as with our first. The probability of losing a baby when we did is less than 0.5%. Because I did not believe this was going to happen again, I felt more comfortable as I got further along. The news at the 16 week scan made me somewhat nervous, but after all of my tests came back normal, I was pretty sure things would be fine. Eric had been the opposite.  He felt relatively confident throughout the second pregnancy up until that point. Once we got bad news, though, he was scared that things were going wrong again. We believe now that this echogenic bowel may have been a sign of IPEX syndrome, the condition that likely affected our babies.

Given that we had gotten the first sign of things going badly at our 16 week scan during the second pregnancy, Eric and I were both nervous going into this scan last week.

I felt pretty confident that there would be a heartbeat, but I was scared that we would walk out with concerns about one body part or another. I was worried that we would stress over this for weeks, waiting to find out if it was a sign of a severe issue or something that would resolve itself on its own.

On our way into the appointment, Eric asked me whether I had a good feeling or a bad feeling about how the ultrasound would go. My honest reaction was that I had no feeling. This is not typical of me. I usually feel all of my emotions pretty strongly and wear them on my sleeve. I think that I learned in my past pregnancies I could not trust my gut to tell me whether everything was okay. This time, it feels protective to try to not worry. I have been somehow keeping myself distant, avoiding thinking too hard or feeling my emotions about each step along the way. I am not sure that this is the best way to approach things, but at this point it does not feel like something I am choosing to do. It feels like it is my only way to get through this pregnancy. 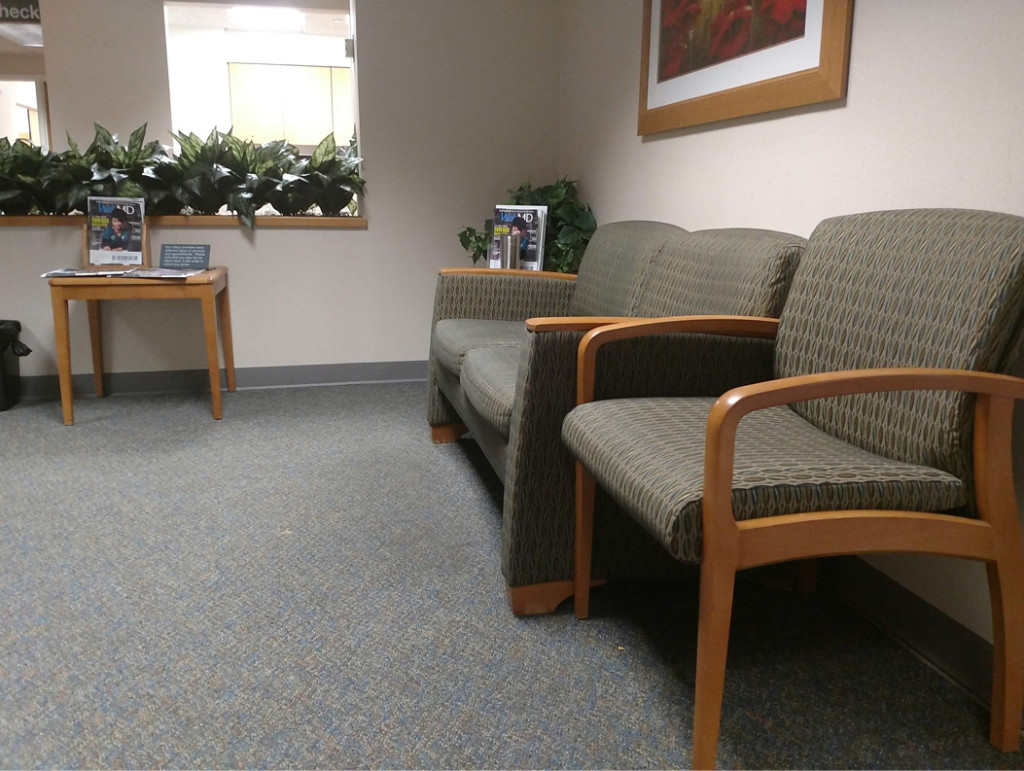 The office was short staffed on the day we were in last week, so we sat in the waiting room for a long time. If I have been avoidant of my emotions this pregnancy, Eric has been the opposite. He is nervous about it all of the time. He has an extra layer of worry, as well. I hemorrhaged and required a blood transfusion after the D&E procedure I had when lost our first baby. Ever since then, my life has felt much more fragile to Eric, especially when it comes to pregnancy and pregnancy loss. When he is scared about the pregnancy, he is not just worried about the baby, he is also worried about my health and whether I will be okay, physically and emotionally, if we experience another loss. Just as I understand my detachment from the emotions of this pregnancy, I understand Eric’s fears. If I wasn’t detached, I would be nervous all of the time too.

As we sat in the waiting room last week, Eric’s nervousness was just as evident as my desire to avoid, distract, and stay distant.

This ultrasound felt like it took forever. I began to get nervous as I watched the tech go back to the baby’s heart 3 times. I didn’t know if she couldn’t get the picture she needed or was concerned about something she saw, and I was too afraid to ask. When the tech was done, we anxiously waited for one of my doctors to come in. This time, he was clear that everything looked fine. He was excited to report that they were able to see this baby’s anatomy really clearly, and that he felt positive about what he saw.

This was good news!

The doctor’s excitement and positivity were reassuring to us. So for now, while we wait, we will bask in the relief of that reassurance, for whatever amount of time that lasts. We will wait for the anxiety to return again, wait for the next appointment, and wait for more reassurance to come. But most of all, we will wait until whenever we can believe this is for real this time.