The Joy and Wonder of Parenting after Pregnancy Loss 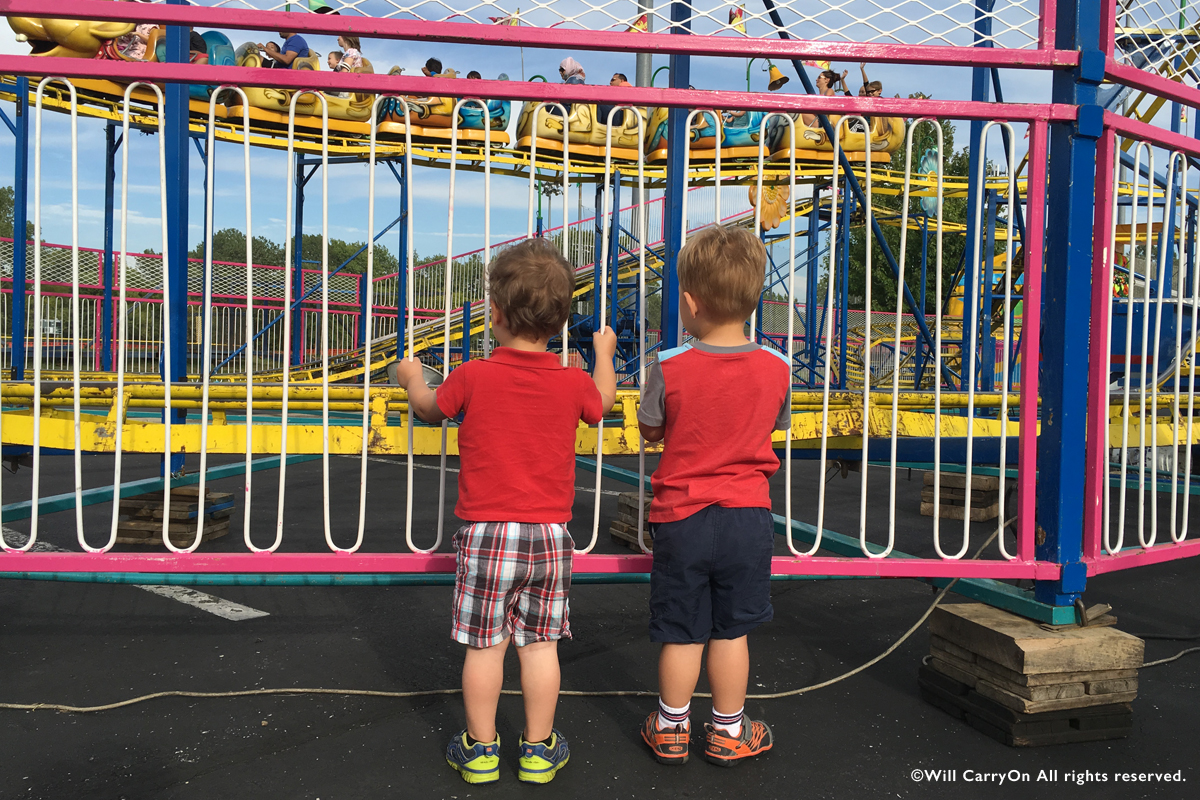 At several points along the way, the doubt of ever being able to parent swept over Aaron and me. The dreams we had for ourselves, and those for our children were continuously taken away after hope was dangled for a bit longer each time. The weight of that potential reality reigned heavy even though we kept pushing forward, not wanting to give up.

That doubt lessened when C was placed into our arms. And when the adoption papers were signed, and we could breathe again, that doubt turned to wonder. How did we get here? That wonder, and our family, increased 15-1/2 months later when J arrived healthy and breathing. In the chaos that is raising 2 and 3 year old boys, not sleeping, and working full time, time often stops, if only for a few moments. It’s in those moments that we take a step back, and are amazed by how lucky we are. After everything we went through, we thought we’d never be able to experience such joy. In our darkest days, joy seemed impossible.

We had one of those moments over Labor Day weekend when we took our boys to our town’s annual festival. We hit the parade with new family friends, and together, watched our boys take in the fire trucks and marching bands, and entirely too much candy being tossed about. At the festival, we danced at the music stage, watched the magician, and walked the carnival. C and J were fascinated by the enormity of it all. They weren’t quite sure what to make of the giant ferris wheel and kids screaming in every direction. When they spotted the mini roller coaster, they couldn’t take their eyes away from watching the cars do their laps. Aaron turned to me and asked, “Did you ever think we’d get to this point?”

It’s a simple question that’s loaded with emotion. There have been several moments like this over the past three years. Some big, and some fleeting. Most are messy and others Rockwell-esque. But each one has been impactful.

After we lost the twins, my dad, in his sadness and despair asked, “When is it going to be our turn?” A thought that every one of us baby loss Moms, Dads and families can relate to. It’s a question that hits us at every turn: in the grocery store, walking down the street, and on social media. It hits us at every anniversary and milestone. The reminders are everywhere, and the fact that we have finally gotten our turn isn’t lost on us.

Perhaps my favorite moment (so far) was taking C to his first Chicago Cubs baseball game. I had waited my whole life for this moment, but at only 4 months old, he wasn’t aware of his surroundings. I got the chills as we stopped for a family photo in front of the big, red marquee sign with C snuggled up close to me in the carrier. And as we walked the ramps up to our seats, I could feel the tears forming. We stepped out and saw the bright green field with its famed scoreboard, and heard the sounds of the organ playing familiar tunes. I lost it. “You don’t know how much this means to me, C,” I told him through the tears. “I’ll remember it forever.”