For the past week or so, I have felt my anxiety start to rise again. Whilst we’ve had a calm run through the third trimester, I have started to feel that those rumblings have been getting louder, and louder. They aren’t overwhelming (yet) but they are most certainly gaining attention.

I have become less convinced by movements, similar to how I was in the second trimester. I’ve doubted whether I’m feeling him, when I am. I’ve doubted if I’m feeling him enough, even though his sessions are the same. I’ve clock watched on every kick. Convinced myself he’s dead, within minutes of silence.

The familiarity of maternity leave has taken its toll. Along with the intensity of appointments being geared towards birth, induction and the post natal period. But its not to say that I’d rather avoid the preparation. I want to leave home for our induction, with the belief that we will return with A Breathing Baby. I don’t want to give up on him, before I’ve given him a chance to prove me wrong. I have to stay positive, even if it disarms me and makes me vulnerable. 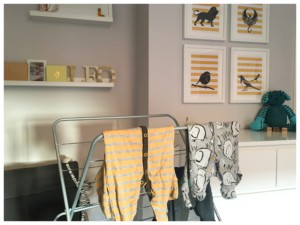 The decision to induce at the point that Leo died is double edged. It absolutely feels right for us. It feels right that we will be in hospital over those days, and have monitoring. It feels right that aiming to get to the medically preferred 38 week gestation is just too big an ask. It feels right to reach full term, and avoid the heightened risk of prematurity. However, the combination of it all, leaves us in the position where the two milestones collide. And I think the weight of that is whats overpowering my sense of relative calm. I just don’t know what road I am walking on some minutes. I only have experience of one path.

If I was to describe my mind with an analogy, it would be the joy of when your sat nav insists on rerouting you. It’s akin to following a route, and then going down a diversion. The sat nav is constantly trying to get you back on the original path, taking any possible route possible. Some days, I can only see the intended path being Leo’s path. And other days, it’s the Breathing Baby path. Whatever path I am on in my mind though, my brain is constantly fighting to re-route me and playing tricks on me.

I keep just telling myself; just over two weeks left. Just keep going for two more weeks. There’s no reason this baby should die. There’s no reason we don’t get a different ending, Embrace what you can, enjoy what you can, and act when you need to if it gets too much. I keep reminding myself that his placenta is okay, his growth is okay, his movements are okay, his tests and my tests, are all okay. But that’s the problem with anxiety and pregnancy after loss. Okay doesn’t mean all that much. Not when your first baby was okay, until he wasn’t. 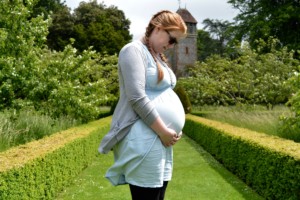