On Monday, we made it to the official half way mark of this pregnancy. Although, in reality, I know we are beyond that, as whilst I don’t know when our end point (all being well of course) will be, it most certainly won’t be 40 weeks. There will be magicians involved for me to be able to hit 40 weeks! 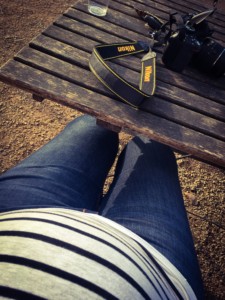 After our anomaly scan (which Magpie passed with flying colours) we had an appointment with the new bereavement midwife at our hospital. This wasn’t a routine appointment, but one I requested a few weeks ago. I was at the height of my anxieties over suddenly feeling movements yet having no clue how to manage my anxiety over it. I became acutely aware that the thought alone of calling the midwife was creating intense fear. I was afraid. Afraid that they would suggest I just ‘pop in for a quick check up’ if I seemed anxious. That would mean attending our hospital’s Maternity Assessment Unit.

The Maternity Assessment Unit was the place we had to go when Leo stopped moving. That was the only time in his pregnancy that we went there. Within half an hour or so, they confirmed his death. And our lives changed. We sat in their waiting room, I gave a urine sample in their toilet, I laid on the couch in room 3, they checked, and checked, and scanned, and confirmed.

We stayed there for an hour or so, phoning our families, before being taken up to the bereavement suites. We went home after a few hours, to return two days later. At some point, we were taken to a delivery suite, where I laboured and recovered for 24 hours, and then returned to the bereavement suites. All of our journeys within the hospital were escorted through the staff routes to avoid the public. I gained very little sense of the geography of the building.

Whilst we have been back to the hospital since many times, there is always the awareness of the events that happened there. A fondness of our time with Leo, but an anxiety over the days preceding it. We walk past the doors of the Maternity Assessment Unit every time. I rarely look at them.

I am however, aware that we will go back there during this pregnancy – the anxiety pregnancy after loss creates means that it’s inevitable. My fear cannot stop me going if I needed to. I realised that I had to do something about it before a point in my pregnancy when monitoring movements becomes far more reliable than it is now.

I felt that straight after a scan was the safest time possible. The bereavement midwife was so lovely, and very helpful. We went with her, and met the manager of the Maternity Assessment Unit. They walked us through the Unit, and discussed what would happen on different scenarios.

She told us that she had emailed our details to the current team, and that they keep a record of people like us so that they are all aware. Should we call and tell them our history, they will operate a lower threshold for inviting us in. They are more than aware that reassurance checks for anxiety are likely, normal and welcome. I find this really helpful, that if its suggested we go in, I know they are being cautious for our benefit and not necessarily concerned. She also told us that the triage rooms had moved around, so we wouldn’t get put into room 3 straight away.  If we ever did, we were encouraged to say if we didn’t feel comfortable at any point.

All of this was so helpful and incredibly empowering. It allowed me to be able to visualise a visit to the Unit that played out differently to our visit for Leo. It was an incredibly freeing experience. I now feel that if I need to, I can call, seek advice and attend. It’s not to say that that would ever be easy, but by visiting in a safe and planned way, we have removed a significant aspect to the anxiety.

Since I posted about the visit, many people have messaged to say that they wish they had done similar in their rainbow pregnancies. They commented that their first visits for reduced movements or other reasons, were coupled with a lot of panic and revisiting of the trauma that they experienced when their babies died.

This is so understandable and a huge part of why I wanted to go in a safe way. It will hopefully mean that those visits are somewhat easier and kinder on the soul. I really feel it is something that midwifes should have open conversations about with people at the beginning of their pregnancies after loss.

There are many places that are traumatic to people, and often you don’t realise until you need to revisit. I hadn’t really realised how big an issue it was until I was presented with the tiniest possibility of having to return.

Part of our visit also involved going into a delivery suite. Whilst I don’t view the delivery room or our birth with Leo as traumatic as such, it was still helpful to see another room to help visualise an alternative birth experience. I think it’ll be beneficial in being able to prepare for birth, whatever method we have. I’m also hoping it will stop me having reoccurring dreams of delivering another baby, who isn’t breathing.

I have described pregnancy after loss as voluntarily placing yourself in the environment of significant trauma, day in and day out. There aren’t many scenarios where people do that – surround themselves with all the reminders and triggers of a past trauma, all the time. It takes a lot of energy to walk through the journey every day and I often underestimate it, as I’m sure others do who aren’t going through it.

For me, whilst I have had better control over my anxiety this week, doing so is hard work. I am a pragmatic person, and like to prepare ourselves as best we can for things that may or may not come our way. This is why I am so grateful to everyone else sharing their experiences. Without that, I wouldn’t know what to expect, and wouldn’t be able to prepare as much as someone could in this roller coaster ride of grief and hope. 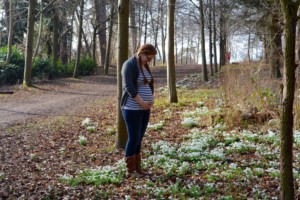