This week has felt lighter than recent weeks – relatively at least, but it’s welcome nonetheless.

Since the New Year and my phased return to work being complete, I’ve been working Monday – Thursday. When I planned my return, I decided to drop my Fridays. I reasoned that the energy needed to grieve required an extra day at the weekend. It’s proven to be incredibly needed. I get to Friday, and I am beyond shattered. Emotionally, more so than physically. Working hard all week to keep my stuff together; grief, anxiety, hormones, frustrations, the lot. It’s all incredibly exhausting, and by Friday I don’t have much ability to hold it in anymore. So Fridays tend to be my recovery days – this week especially!

I am finding that this week I am managing to keep my anxiety a little more controlled. It’s not to say that it isn’t there, and doesn’t enter my head several times a day, but I am managing to stop myself running away with it. For now, I am reminding myself that Magpie doesn’t need to be in a rhythm with his movements, so I have to allow him a bit of flexibility. For now anyway. I still have my moments, of course, of needing him to say hello, but whilst he can be a bit lazy in the mornings, he’s generally pretty strong with his kicks. I am working hard to just appreciate this, given its still early for movements. It does mean though that the effort it takes to not indulge in my anxiety is exhausting, so it’s a bit of rock and a hard place to be in.

Magpie being rather strong though has had its benefits. My wife has actually felt him kick already. Well, she’s felt a single kick already. She didn’t feel Leo kick until about 22/23 weeks so we shall take that as a win, and enjoy the reassurance it gives us in the moment.

Before we got pregnant again, I remember reading a blog that has stayed in my mind quite a bit. It was about another person going through pregnancy after loss and being led by impulse in when to do things for the baby – regardless of if it seemed traditionally too early, or too late. I absolutely love this advice, and plan on embracing those moments of feeling able or, dare I say it, excited to do things. I felt very hesitant doing anything ‘too soon’ with Leo, and I know now that jinxing or tempting fate isn’t what causes babies to die. So we will  capture the moments when we have them and enjoy what we can.

As a result, I’ve started dabbling in baby nursery decor! Leo’s room is still as it was, together with a years worth of momentos, gifts and cards added to it. We will, in time, slowly integrate Magpie into the room, and it will become both of theirs. But I do feel I need to make it different, reflective of both personalities that have developed. I want Magpie to have a connection to Leo and to understand who he is, but equally I want his own personality to shine through in the room. So, as a result of a slightly calmer week, we have started ‘pinning’ some ways to start refreshing the room, and have even bought one or two things – together with some clothes ( from the safety of the Internet, with zero intention of washing them…). 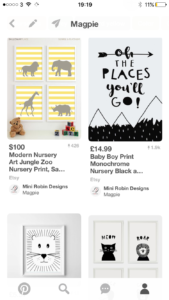 If we are still in the mood at the weekend, we plan on just organising Leo’s belongings a little, until the point where we no longer feel comfortable doing it. His room is slightly overflowing with things he’s collected this year, and it feels it’s about time to decide what things can go in his memory box, on display in their room, or elsewhere. It’s just a small step – ultimately, we are just planning on tidying his room – but whilst we feel able to sift through things, we might as well do it. You never know when we will feel safe to do it again.

To counter any emotions that dabbling in prepping for a breathing baby might create, we will also dedicate some time to finally putting together a photo book of Leo’s first year – and that feels like a very safe, enjoyable way to balance parenting both our child who couldn’t stay, and our one who hopefully will. 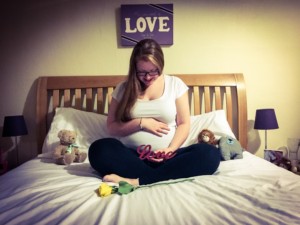