Last week, at our scan, we had it confirmed that Magpie is indeed a boy. A little brother for Leo.

We knew early on that we would want to find out the gender of Magpie, as we had done with Leo. I wanted to give us time to process the information – girl or boy – before birth. This isn’t a normal pregnancy, so gender reveals as with anything, don’t come with just celebration. It comes with confusion, grief and a period of settling.

Obviously, it goes massively without saying, our desires and wants for this baby solely focus on its ability to breathe. And maintain breathing.

Yet, I knew before we found out that, for me, a girl would settle easier. It’s not to say I’m ‘disappointed’ at all. It’s just that I knew there would be less internal battle about it all. For my wife, a boy has always been what she’s visualised and that is still the case. So I’m glad one of us can relax in to it, and hopefully that will help me relax into it.

So why does another boy take a little longer to settle for me?

Someone said in another blog lately, a rainbow baby is ‘a second baby, not a second chance’ and I virtually applauded the simplicity of the description. Leo will always be his own person. He has his own personality, his own chunk of our love and his own legacy and story. He is an individual, just as much as any other child or person is. Yet, he isn’t here in front of people so it will always be a concern for us that Magpie would be viewed as a replacement, or second chance, especially now that we know he’s also… a he.

I know having a boy will also create an extra layer, on top of all the other layers, of comparison and what ifs within our grief for Leo as we hopefully parent Magpie. A girl would perhaps create an extra division in those comparisons, but who knows? No doubt it would come with it’s own alternative layers to navigate.

A friend got it straight away the other day – ‘is it all just a bit too familiar?’. And that’s it. It’s not that there are negative thoughts in relation to Magpie being a boy, it’s that there is always going to be grief and longing for Leo. Using male pronouns, researching boy names and looking at boy clothes – it’s just all a bit too familiar.

I’m very keen to not fall into the ‘I can’t buy anything just incase this baby dies’ mentality. With Leo, I’ll admit I was hesitant and nervous. There was something stopping me embracing buying it all. But we did. Clothes were washed, we were ready. But never since has that exacerbated my grief. Leo’s belongings are a comfort – and are most certainly not the reason he died. So buying a baby grow here or there, is not going to cause Magpie to die. But I still need to take my time with it.

I can’t help but feel a little held back from full on embracing the gender and everything that goes with it. Looking at clothes makes me incredibly sad for Leo. Sad that he has so many beautiful clothes that he’ll never wear. Sad that his wardrobe never grew, because he never grew. Sad that he won’t be able to be a big brother like big brothers should be. It made me sad, in just the same way that catching a glimpse of baby clothes in a shop has made me sad all year long. Suddenly being pregnant and discovering we are having another boy doesn’t change that.

I think it boils down to the fact that pregnancy and newborns isn’t something I feel massively comfortable with. It’s meaning is tainted, juxtaposed to society’s understanding of it. I have an underlying hum of knowledge that battles against the coo-ing and that doesn’t just disappear because we are pregnant. It just makes this pregnancy incredibly hard to relax into and to believe that the outcome will be different.

In time, in an impulse moment no doubt, we will go through Leo’s belongings and decide what he will give to his brother, and what he gets to keep as his, and only ever his. I hope we can create a lasting bond between brothers, and give Magpie a deep awareness of Leo, his impact and our love for them both. I hope that we can parent Magpie as an individual in his own right, not living in the shadow of his dead brother. I hope he never feels like he is a replacement, or that we’d rather Leo over him.

Hearing the cries of Magpie will no doubt help us heal in a way no one else could. Yet, Magpie’s role in this world is not to help us heal. It is to just be Magpie. 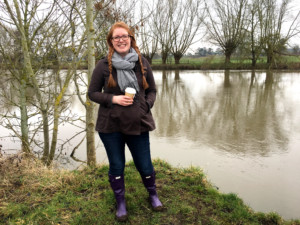