I didn’t even know it was week 4. Despite the fact that we were “trying” to get pregnant, this month didn’t seem to be likely. I had no expectation for this month. I learned to let go of expectations when Malachi was born. His life altered ours in so many ways that continue, months past his death. His early (25 weeks 5 days gestation) birth last March rocked our world. When we were told he had a blocked bowel, it was rocked even further. 127 days later, after multiple surgeries and complications, he entered heaven, perfect and whole. What he left here though, was hope. Hope to us that on his darkest days he somehow made it through. Hope for us that when the doctors told us to let him go, he’d surprise them and make a turn for the better. Hope that lingers today and I pray will linger forever. Hope, that made the desire to have more children bloom again in our hearts.

Wednesday my period was supposed to show up. I had some amazon ovulation strips that had come with pregnancy tests, and I figured “what the heck. The minutes slowly ticked by. I remember the silence, the anticipation, the light in the room–subtle and warm. The faintest line you have ever seen showed, pink, there. Even the faintest line is positive, right? This can’t be, it’s too unlikely this month! Oh no, am I ready? How did this happen? The rest of the day the thoughts haunted me: anxiety for a high risk pregnancy, what if baby is born too soon again, how can I go through that again, was there really a line, there wasn’t a line, but it was really faint.

After the grueling day at work I fumbled my way through the drugstore, hands shaking, heart beating so loudly I thought the world could hear it. I bought an early result test. I got home and stealthy snuck away to my bathroom. I didn’t want my husband’s hopes to be up, in case they would be dashed down and come crashing around him. He longs for fatherhood. He has wanted more children even since before Malachi was born. He was patient as he waited for me to come around. I peed…I didn’t think it was enough, it felt like just a splatter, why had I peed before I left work!? I waited. I didn’t even see the box begin to change with the fluid being absorbed. It was late in the day, I figured it was a dud, tossed it in the cupboard, and decided I’d take another test the next morning. An hour later, back to look at the test. A BRIGHT. PINK. LINE. Distinguishable, THERE. PREGNANT. I decided on a poem to tell my hubby, my good friend photo-shopped it for me. I printed it out and with trembling hands handed it to him: 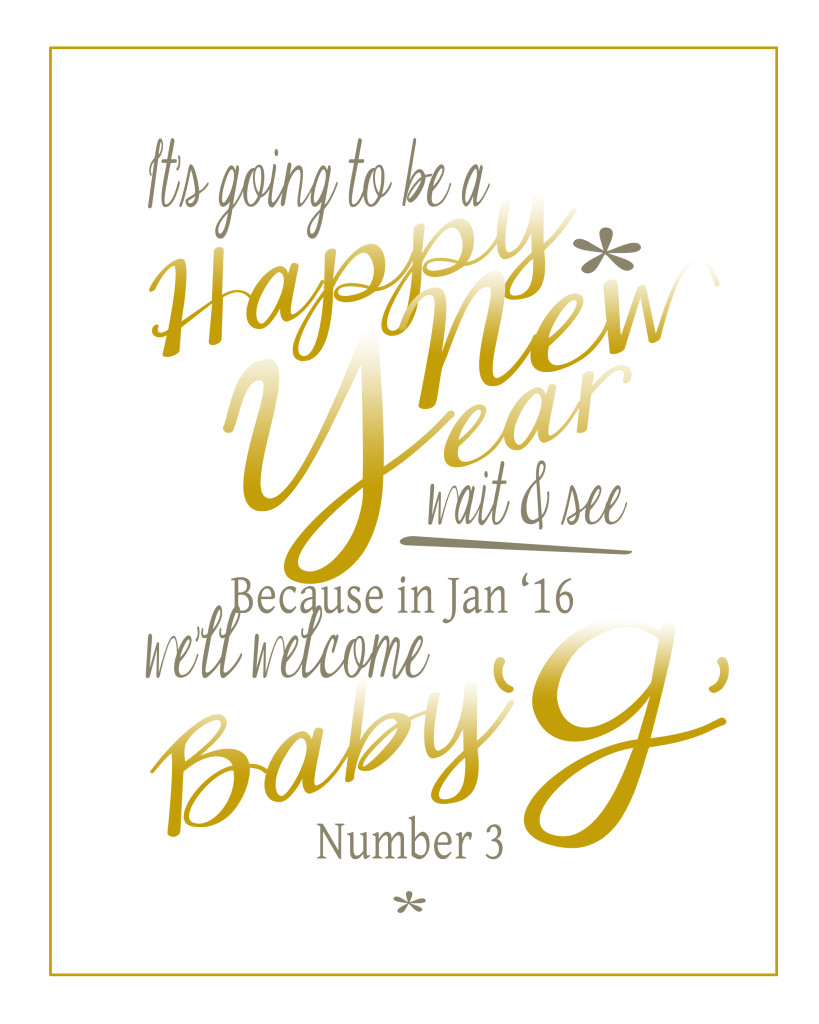 Tears filled his eyes, his hands shook, he stood up and threw them in the air and said “YES!” A triumphant declaration of hope, exactly my weary heart needed. There is hope. Hope that our past has helped shape us and hope for the future of this baby inside me. Anxiety and fear have their days. But hope is the victor. Hope is what we cling to. Hope that on a cold day in January 2016, our hearts and arms will once again be warmed with the breath of new life.