“Is This Your First Pregnancy?” and Other Difficult Questions in Pregnancy after Loss 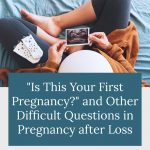 In my support group for women who have terminated pregnancies for a medical reason (TFMR) we often talk about managing triggers, which include difficult questions from others. 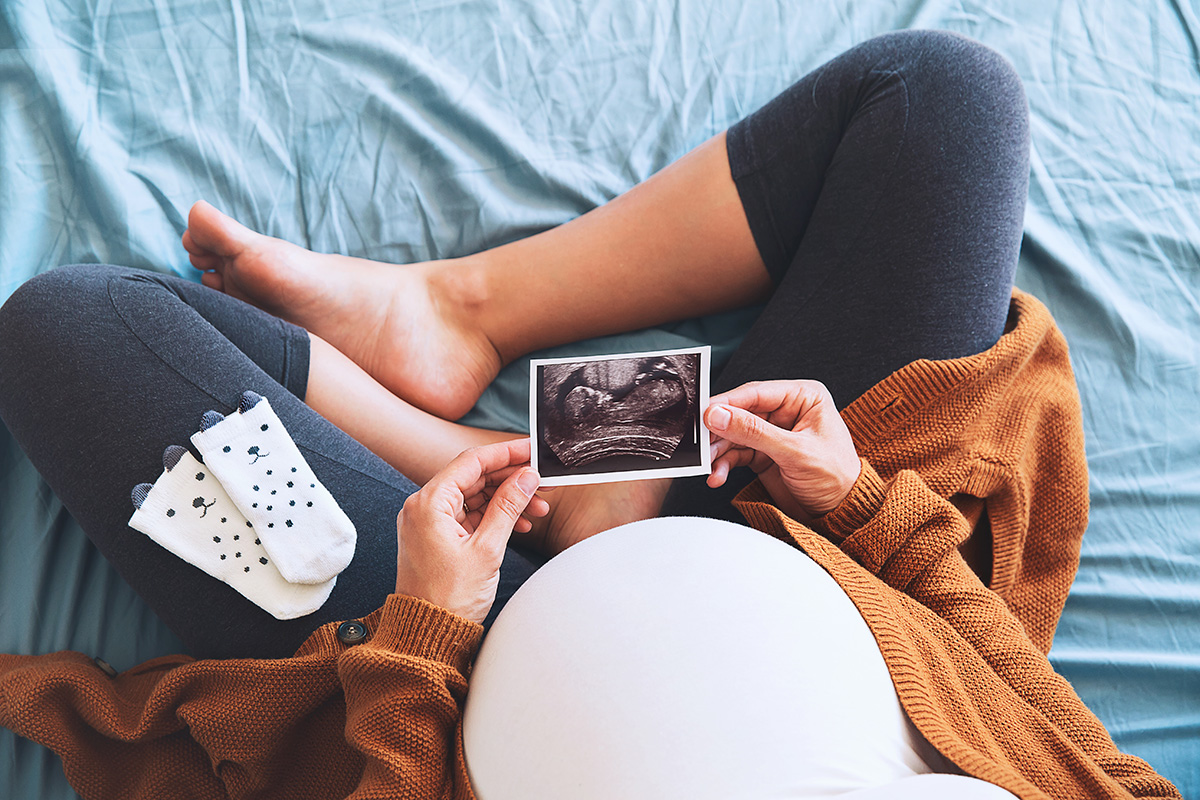 In a new pregnancy after loss, there are landmines everywhere.

It would be impossible to avoid all of them unless you never left your house, but even then you’d have to turn off daytime television because that’s when all the commercials with babies are aired.

So instead of avoiding, I encourage my clients to face the world, a little bit at a time.  I try to anticipate with them some of the more common scenarios and what they might say or do when and if they happen.

One of the toughest questions for PAL parents is, “Is this your first?”

This seemingly innocuous question is totally loaded.  When I was newly PAL, this question threw me off balance in a big way.  In a matter of seconds, the following thoughts raced through my mind:  “If I say no, will I have to explain the whole story? If I say yes, am I lying?  Or worse yet, am I betraying my baby who died by pretending as if she didn’t exist?”  It felt like a genuine moral to dilemma.  And as seconds (which felt like hours) went by, I realized that I’d have to say something because someone was standing there completely oblivious to the inner dialogue she just instigated.

My answer to this question was different depending on who was doing the asking.  And my answer often didn’t make sense in a given situation. Most people who know me would not think that I would disclose a painful story of pregnancy loss to the grocery clerk.   However, I did just that! Sometimes, I wanted to share with someone I’d never see again.  It was healing to do this because I discovered that people were more compassionate than I expected.  They often chimed in with their own stories of loss.

And by contrast, there were situations where I wouldn’t make mention of the previous pregnancy:  to other moms, to friends of friends, and even to acquaintances of mine who were therapists.

Your decisions about what to say and to whom do not have to make sense.

You are in charge of this information.  You might be caught off-guard by the question but knowing how you might answer can help.  What feels right?  Does a simple “yes” or “no” suffice or can you just say, “It’s complicated.”  You don’t owe anyone anything. Keep in mind that you are doing the best you can under difficult circumstances.

Other loaded questions my clients have received are:  “Will you find out the sex of the baby?”  or “Was it planned?”  These questions are intrusive even for women for whom there is no history of loss, but when there is become even more challenging

Many are bothered by, “You are 6 months pregnant?  You look too big/small to be that far along!”  And of course, well-meaning “advice” can throw off even the most confident and assertive among us.

No one can perfectly anticipate all of the insensitive questions or comments that others will have but considering some common ones can help you feel prepared when you are out there navigating the world with your new bump.

Which questions have been most difficult for you and are there ways you have navigated these difficult situations?