Is this a pregnancy after loss? When every subsequent pregnancy is shaped by your loss 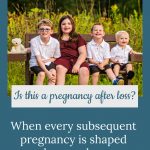 I remember having this question when I was pregnant for the second time after the loss of my daughter. The first pregnancy after loss is clear. It’s pretty much self-defined. And should you like the terminology, the baby born after loss is very clearly your rainbow baby. 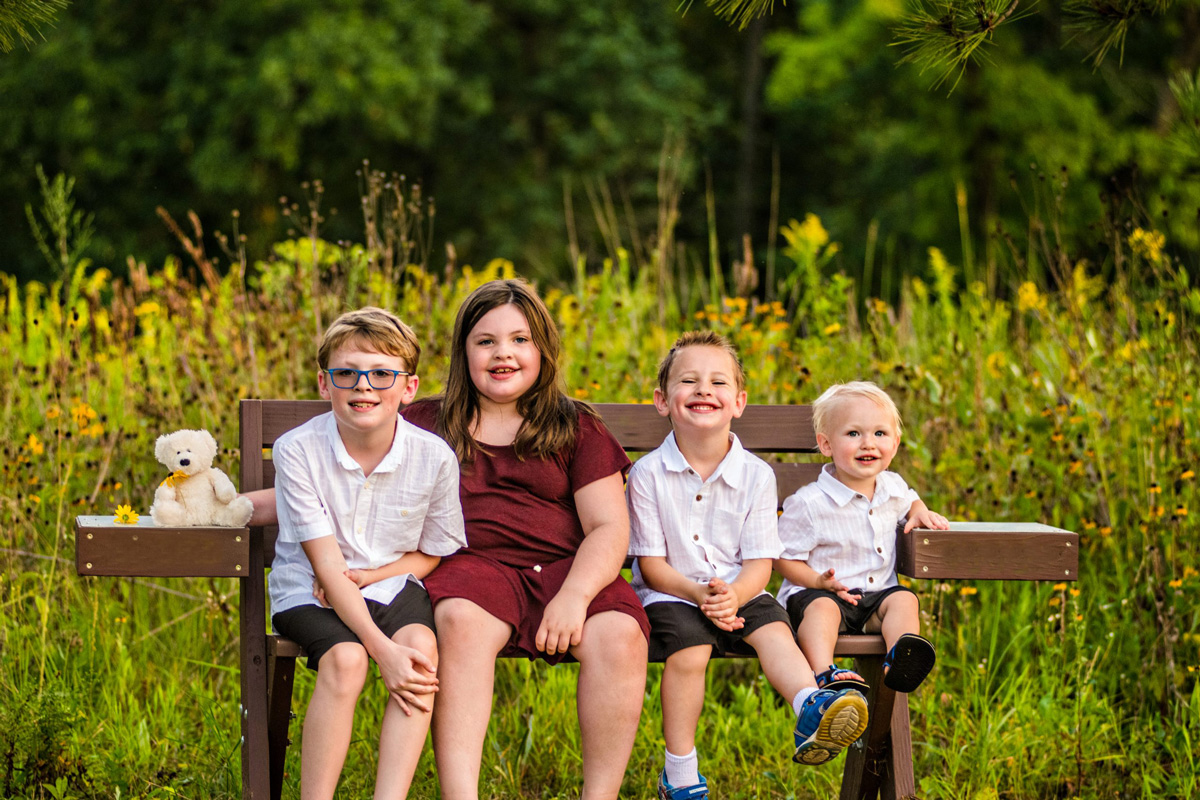 But what if you weren’t done having children after that pregnancy? What if you, like me, went on to have more subsequent pregnancies? Do those count as pregnancies after loss? Are those babies rainbow babies?

My answer to those questions is yes. Every subsequent pregnancy is shaped and colored by the experience of the birth and death of my first baby.

Lily was my first baby. She was stillborn at just 20 weeks and 1 day gestation after pre-term labor that I didn’t expect and didn’t realize was happening until it was too late to stop. Her birth and death shook my husband and me to our cores.

I became pregnant with my second baby just nine months after her death.

That pregnancy was everything a pregnancy after loss typically is –  full of fear, anxiety, trepidation, and worry that any joy would somehow jinx the pregnancy. I simultaneously believed that he was never going to come home but also that there was no way he couldn’t come home. I knew in my heart he was meant to stay, but I couldn’t quite make myself believe it 100%.

I have an incompetent cervix, and we were being very cautious. I was being monitored closely. But when my cervix started acting up during the second trimester, and I started experiencing contractions early, I was put on bed rest for 12 weeks after receiving a steroid shot in case he was born prematurely. Then at the beginning of the third trimester, I was diagnosed with gestational diabetes. It also turned out that I have the rH factor. It was a lot to handle without the complexity of also grieving while pregnant. It felt like there were so many ways this pregnancy could end in tragedy too.

Still, I also had this sort of tunnel-vision during that entire pregnancy. He was going to come home. Just get him to the next week, to the next milestone, to viability, to higher survival rates if born premature, to safely delivered. It felt like it was going to be the longest 40 weeks ever. He came at 39 weeks – a beautiful healthy baby boy.

A year and a half later, I became pregnant again.

I felt pretty confident that I could make it through another tumultuous pregnancy. We had a course of care that brought my baby Dexter home safely. He was thriving at home and we were so in love. We couldn’t wait to do it all again. I felt like I shouldn’t be so scared or nervous. We’d been successful already. This one should be easy.

But… at this point, I was 50/50 in bringing babies home. Two pregnancies. One living child. The odds didn’t seem to be in my favor. But when you have a toddler running around, and a full-time job, it is harder to focus on any anxiety or fear. The pregnancy felt like it was flying by. We had a plan in place to deal with my incompetent cervix (a cerclage and monitoring) and pre-term labor concerns (P17 shots). Again, I thought I could handle it and was able to even help some friends who were going through their first pregnancies after loss.

Then, at an appointment when I was 23 weeks along, the OB bounced in excited to report that I was “a normal pregnant woman.” Everything was fine and looking great. And I burst into tears. The doctor was confused by my reaction. She hadn’t been with the clinic in my previous pregnancies, though she was aware of my history. She was also new, and I’m not sure how many pregnancy losses she’d actually encountered in her practice. She asked how I was doing but I couldn’t answer. I was sobbing in the way that you can’t speak. When I finally calmed down enough, I had a hard time explaining that “normal” wasn’t normal for me and I wasn’t sure how to handle that kind of diagnosis. That’s when she gently suggested that perhaps I’d like to start seeing my therapist again.

The thing is that pregnancy loss and infant death is traumatic.

It’s a harrowing experience that leaves a mark. It colors every pregnancy you have after it. The feelings you have during that first pregnancy after loss – that fear and anxiety –  never truly go away. They may subside with each subsequent pregnancy, but, like grief, the birth trauma is there in the background and you never know when it’s going to rear its ugly head.

For my husband, it was our third pregnancy after loss.

I had a subchorionic hematoma in the 12th week that led me to the emergency room the Friday before Father’s Day. He was suddenly triggered by memories of our emergent trip to labor and delivery on Mother’s Day five years earlier. While the other pregnancies were also tough, that moment for him was the one when the trauma of losing our first impacted the experience of the third pregnancy after loss.

What we were experiencing is a type of post-traumatic stress disorder (PTSD). According to Tommy’s, “This may be caused by having a traumatic birthing experience, miscarriage or neonatal death. This may lead to fear of childbirth in the next pregnancy.” Further research has shown that pregnancy loss at any stage can lead to long-term post-traumatic stress. Health care providers are realizing the need to treat it as well. “Stillbirth is highly traumatic, and we should not neglect it in any way. Just like how we look at soldiers coming back from war, or someone who has gone through sexual abuse.” says Dr. Danny Horesh of Bar-Ilan University, an expert on trauma and the emotional implications of pregnancy loss, quoted in an article, Stillbirth as a Trauma, in Psychology Today. In fact, PALS own founder, Lindsey Henke recently wrote about her own birth trauma.

What I realized in that second pregnancy after loss was that I wasn’t “over” my first pregnancy experience.

Just as the birth of my baby boy didn’t erase the grief I have for my daughter, it didn’t erase the trauma I experienced in delivering her. Even if I wasn’t as keenly aware of it as I was during my first, I did need support to get through the pregnancy again, because my loss was still affecting me. Some of the coping skills I gained through my first pregnancy after loss helped in the second, but I still needed help navigating this new pregnancy because it was a different experience, a different baby – this time a girl, which brought a whole new set of emotions. And the first thing my therapist told me when she saw me during that second subsequent pregnancy was “of course you’d still be nervous and scared.” She reminded me that our loss was profound, and the experience traumatic, and it was okay to say that out loud and to seek out additional support. It was also during this pregnancy that I sought out other moms expecting again after loss and started a local support group, Rainbow Pregnancies of Madison.

In total, I’ve had four pregnancies after loss. All very different experiences, bringing up triggers for grief in trauma in different ways.

I consider all my living children my “rainbow babies” with my very last being “the pot of gold” at the end of my rainbow pregnancy journey.

So, to answer the question – how many subsequent pregnancies “count” as pregnancy after loss? – it’s all of them. Once you’ve experienced loss, the truth is that every pregnancy afterward is “after loss.”