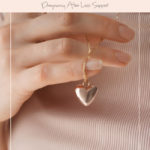 “He had forgotten,” I thought as I opened the Mother’s Day present at brunch. Inside was a beautiful blue sapphire necklace on a slender silver chain. Gently running my fingertips over the smooth stone, I turned to my husband, said thank you and asked, “Why a blue sapphire?” 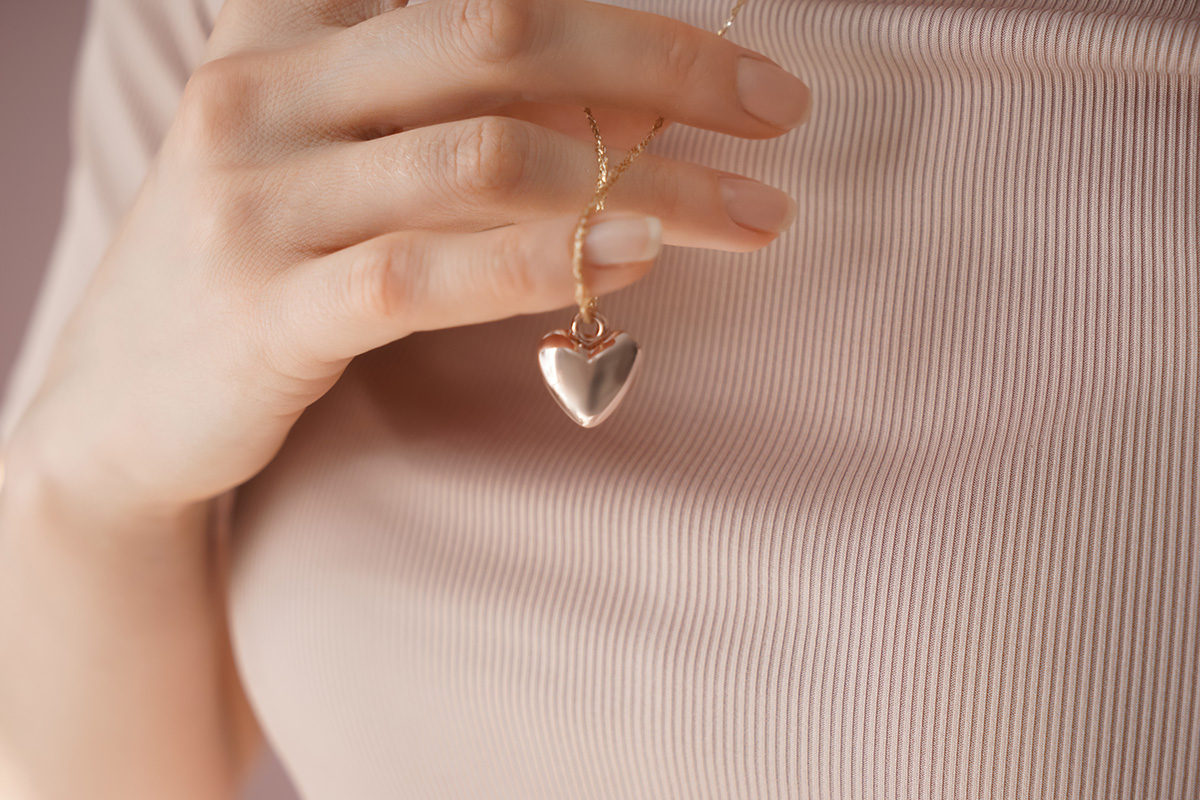 Proud of his purchase he replied, “It’s Zoe’s birthstone.”

Looking at our eight week-old baby girl sleeping soundly snuggled in her car seat next to me, a sad obliged smirk quickly came and went upon my face. Tears formed in my eyes but I held them back as I thought, “Where is Nora’s birthstone on this necklace? Why is her name missing from this card? Have you forgotten about our daughter that died just 15 months ago?”

Instead of yelling these words of discontent across the table at my loving husband, who was so pleased with his procurement of what he assumed was a thoughtful gift, I instead simply smiled and said, “I love it! Can you help me put it on?”

And I did love it. I mean I do. The keepsake is a reminder that I birthed yet another beautiful baby girl into this world and I should have a necklace of just hers to cherish as I do her older sister.

But at the same time I hated it.

I hated that Nora was not somehow represented on that chain. I hated that there was only a newborn sitting to my right at this table and a toddler missing from my left. I hated being an invisible mother to one daughter with the world only noticing and acknowledging my motherhood to the other. I hated the inflexible and confusing truth that without Nora being stillborn there would be no baby Zoe here in my arms. I hated having to live daily on this bridge between being a bereaved mom and a mother to a living child. I hated the fact that I even say phrases like “living child.” I mean who says that? Most moms just get to say, “Hi. My name is so-and-so and I’m a mom to three beautiful children.” But there is another thing I hate, that seemingly simple question so many ask innocently when you first meet, “How many children do you have?” has now become a challenging conundrum to answer. “Ugh, one, I mean two. Do dead children count?”

It seemed as though another fear of mine was coming true. She had been forgotten, replaced. Overshadowed by the living, breathing child that came after her. Not even those closest to me, that had lost her too, seemed as if they wanted to remember her. My heart was shattered. I thought that somehow this thing called grief would get easier. I guess some days are, but those days ill prepare you for and make you foolishly think that all days will be better. Boy was I wrong. Moments like this one just seem to add salt to a wound that will never heal, no matter how many F-ing times you try to bandage it.

But if I’m being honest, my greatest fear was that I would forget her too. That somehow among raising Zoe, memories of Nora would fade away along with my love for her. You see it’s getting harder for me to remember her now. The demands of raising a living child take away from the time there is to mourn the dead one. Dinners need to be made, chores need to be done, diapers need to be changed, and so the act of living must go on. With so much to do, it’s easy to forget her, not intentionally, but slowly, over time, as she slips silently into the background of life.

So how am I supposed to parent a child I cannot hold?

My answer? I write her name on the glass shower door every morning. As the steam rises and the water droplets form into fog on the glass entrance, I ritually carve the letters of her name out of the dew upon the door. Four letters, short and sweet, like her life was, appear every morning on the window pane because I place them there. While the water from the shower head beads off my back I decorate her name on the glass with hearts and sometimes retrace the lettering over and over again. Taking a moment to remember her, if only for a minute so that I can be with her once again.

The other morning as I stepped out of the shower and was dressing for the day’s events my husband, holding Zoe, turned to me and asked, “Can you wear Nora’s necklace today too?”

He shrugged his shoulders and replied, “I just like it when you wear both.”

I smiled. He hadn’t forgotten her, and neither will I.

Watch Lindsey Henke read this piece at Listen to Your Mother in May 2015.