My mom has been going through old pictures lately, mostly pictures from the 80s and 90s of my brother and me.  Remember days where you loaded film into your camera, took a bunch of pictures, and hoped for the best when you dropped the roll off at the pharmacy? Yeah, these pictures.

There are a dozen of the same type of shots–field hockey, soccer–where we are just dots on a field. But, there are a few pictures that take my breath away.

They’re pictures of me, when I was my daughter’s age. 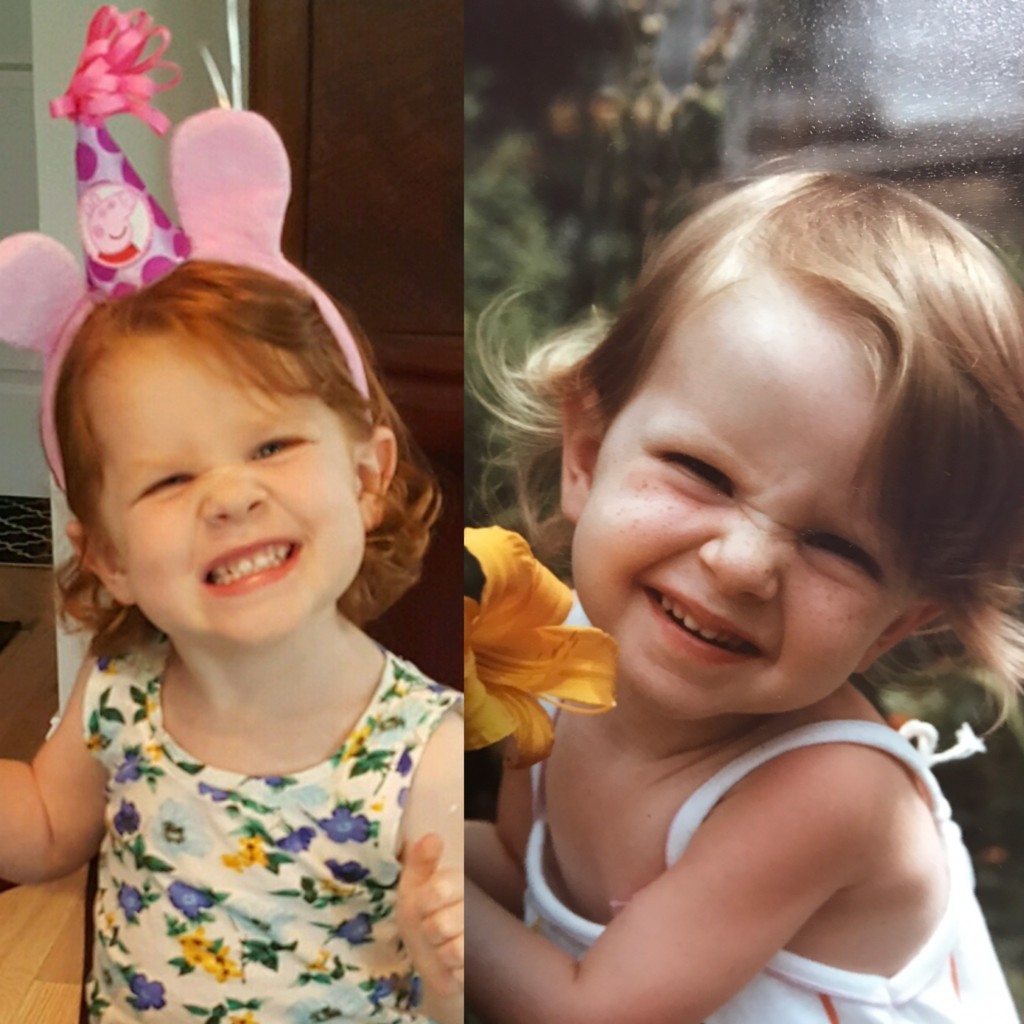 My daughter, Elise, on the left and me on the right, both at age three.

I think I look very different now than I did at age 3–I didn’t just grow up. I don’t even see any resemblance between myself now and this little girl. But what I see when I look at three year old Anne is Elise, my daughter. And the similarities are breathtaking. Aside from the hair color and a slightly different shade of blue eyes, we are the same person.

I posted one on Instagram the morning my mom showed me, and on my drive into work I was thinking about how we share a face, Elise and me. It made me think about the few pictures I have of my son, Henry, who was stillborn in 2012 at 33 weeks.

Would he look like me, a scary mirror image? Or, would have looked like my husband’s side of the family–tall and fair? Would Hank have resembled my dad’s side of the family, with their Eastern European dark hair and skin that tans without burning? I’ll never know. His looks, personality, and quirks will forever remain a mystery.

I can’t look at pictures of myself now, as a child, without thinking these thoughts. I want to go back in time and tell this three-year-old Anne that she’ll endure a tragedy like no other, one that will cause physical and mental scars, but she’ll endure–and she’ll also know the greatest joy, ever.

As moms who have lost, there are lots of things we don’t see the same way anymore. My hope is that my daughter (and my unborn baby, who I make sure kicks constantly) will one day look back at pictures of their younger selves and never be haunted by the thought of their own child whose face they’ll never know.