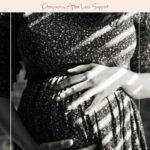 We all have mom guilt. When you are pregnant again after a loss mom guilt takes on a whole new and different meaning. It is a guilt that lives in the present but spans both worlds of life and death. It’s a strange kind of guilt to carry. 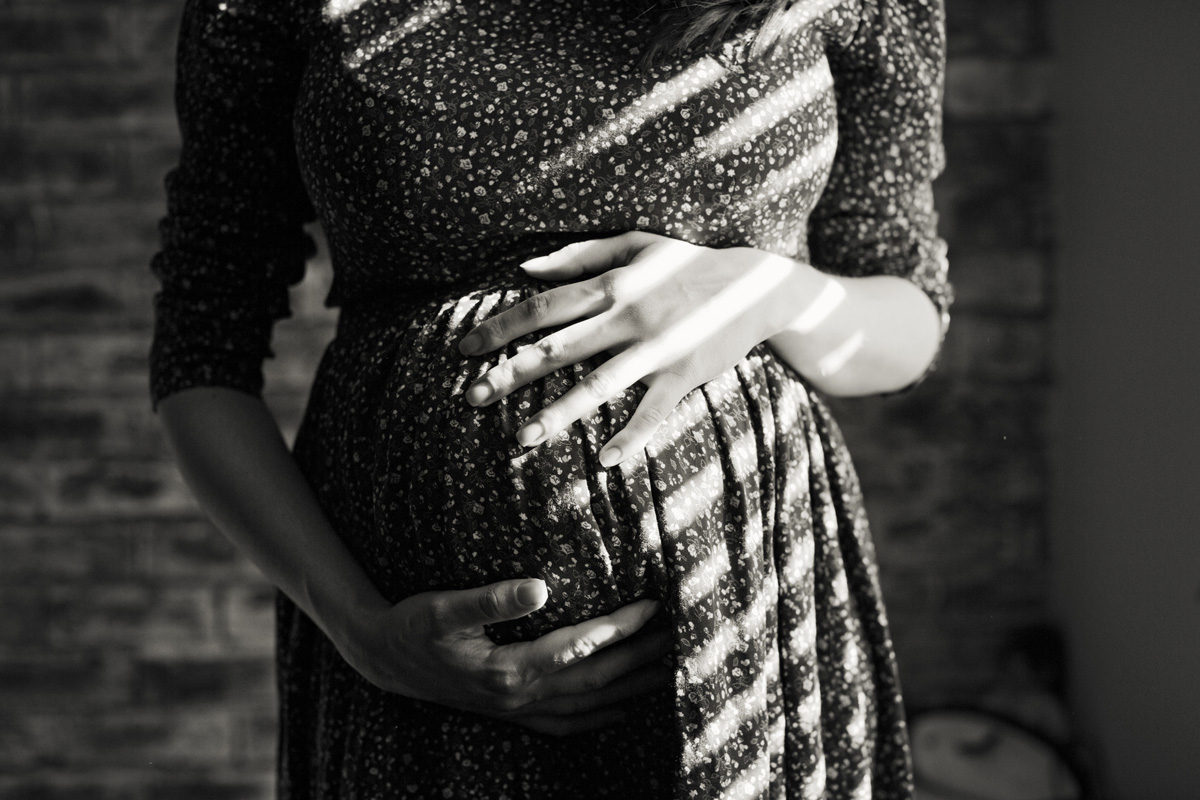 Here are some things I often feel guilty about during, and even now following, my pregnancy after my first child died:

1. That I was pregnant again after my other baby died in the womb.

I felt guilty when I became pregnant again with my subsequent child. I felt that for some reason I didn’t deserve to be pregnant with this baby if I couldn’t have kept my first baby alive and safe. I knew in my head this wasn’t true. But, guilt still crept in about whether or not I was deserving of this pregnancy and this baby since my other baby died.

2. That sometimes I missed my baby who died more than I was ready to connect with the one growing inside me.

At times I didn’t want to actually believe that this baby could possibly come home, that this baby would live. If I did, then the fear of her dying too would consume me. I would be paralyzed by it and by the idea that I could possibly, yet again, lose another child. It was easier some days to yearn for my baby who died than it was to connect to my growing living child in my womb.

I longed to be excited. I really did. But the excitement was restricted and held hostage by the fears. I often spoke of her as an ‘if’ and not a ‘when’. I restrained myself from leaning into the joy fully and into the idea that she could possibly really ‘be’. I just hope she knew then and that she knows now that she has always been wanted. Because I wanted her so much, I feared that if I acted as if she was here and became excited about her arrival I would somehow ‘jinx’ her possibility of being.

I wanted to connect with my subsequent child growing within my womb, but again, the fear would get in the way. You see, I didn’t want to feel my baby’s movements or talk to my baby because I feared that the closer I got to her the harder it would be to lose her when she died too. If I just pretended she wasn’t real, if I stayed detached, then I could protect myself from that pain again. It was a foolish notion, as on some level I was already bonded to her, but there was guilt that I didn’t want to connect with her even though we already shared one of the deepest connections of all, the bond between a mother and child.

5. That I didn’t celebrate.

I tried my best to acknowledge and honor my subsequent child’s possible birth and life. We did a gender reveal, I had a Blessing Way, and we even named her before she was born. Even with those seemingly small, but oh, so BIG, steps we took towards celebrating her, I never really felt like my tributes to her were ever authentic. I never felt like I gave her the attention she deserved in the womb. I regret that.

6. That I didn’t take as good care of myself as I did during my other pregnancy.

I did the best I could during my subsequent pregnancy to watch what I ate, get exercise, and take overall good care of my health. If I were being completely honest, I would admit that even though I kept these things in mind I did not take as good as care of myself during my subsequent pregnancy as I did my first. I had thoughts of, “Why bother? I did everything right the first time and look what happened.” I would avoid workouts because I feared they would hurt this baby, and I did not prepare for her birth and homecoming through childbirth prep classes as I did with her sister. I was just too afraid to engage, and I feel badly about that.

7. That I was anxious all the time.

I worry that my anxiety during my subsequent pregnancy negatively impacted my daughter’s development. I have thoughts that maybe her separation anxiety now is because of my anxiety when I was pregnant with her or maybe all my worry during her pregnancy led to why she is a chubby baby. I wish now that I know she was born alive and okay that I wouldn’t have worried so much, but hindsight is 20/20. I don’t think that I could have done things differently with my subsequent pregnancy, but it doesn’t save me from the guilt I have that I did, in fact, worry so much.

8. That this baby’s birth was affected because of the one who died.

I have so much guilt about how my subsequent child’s birth went. Her birth plan, the timing of her birth, the type of birth she had was all impacted by her sister’s death. I feel guilty that my second sweet baby girl did not get to enter this world on her own accord. Because we decided to have her early, based solely and rightfully on the reasons why her sister died, she had to come early and not yet ready to breathe. Her lungs were underdeveloped, and she needed to spend time in the NICU. I have tremendous guilt over that. My second baby had to struggle because of the outcome of my first baby’s birth.

9. That I looked for my child who died in my next baby’s face.

When my subsequent child was born, the moment was not just about her. The first reaction I had was not to take her all in when our eyes met for the first time. I feel remorseful even mentioning this, but I looked for her sister in her face. A secret part of me hoped that her sister would be reborn through her birth. By no means is my subsequent daughter a replacement child. She is wanted and loved for who she is, but for a moment, I have to admit, I wished to see her sister in her eyes. One child should never have to live in the shadows of her sibling let alone a dead sibling, and for that moment when she did I feel tremendous mom guilt. I hope my subsequent child knows that she is her own person, and as her mother I will always see her that way and let her be that way.

I feel guilt when I love up on my second daughter. I feel guilty when I hold her, rock her, giggle with her, and get to create all these wonderful and new memories with her that I didn’t get to create with her sister. I feel guilty when I love this baby because I feel like I’m not loving my child who died. It’s confusing and heartbreaking to feel that by giving love to a living child, you are not honoring your child who died.