Gender Disappointment in Pregnancy After Loss 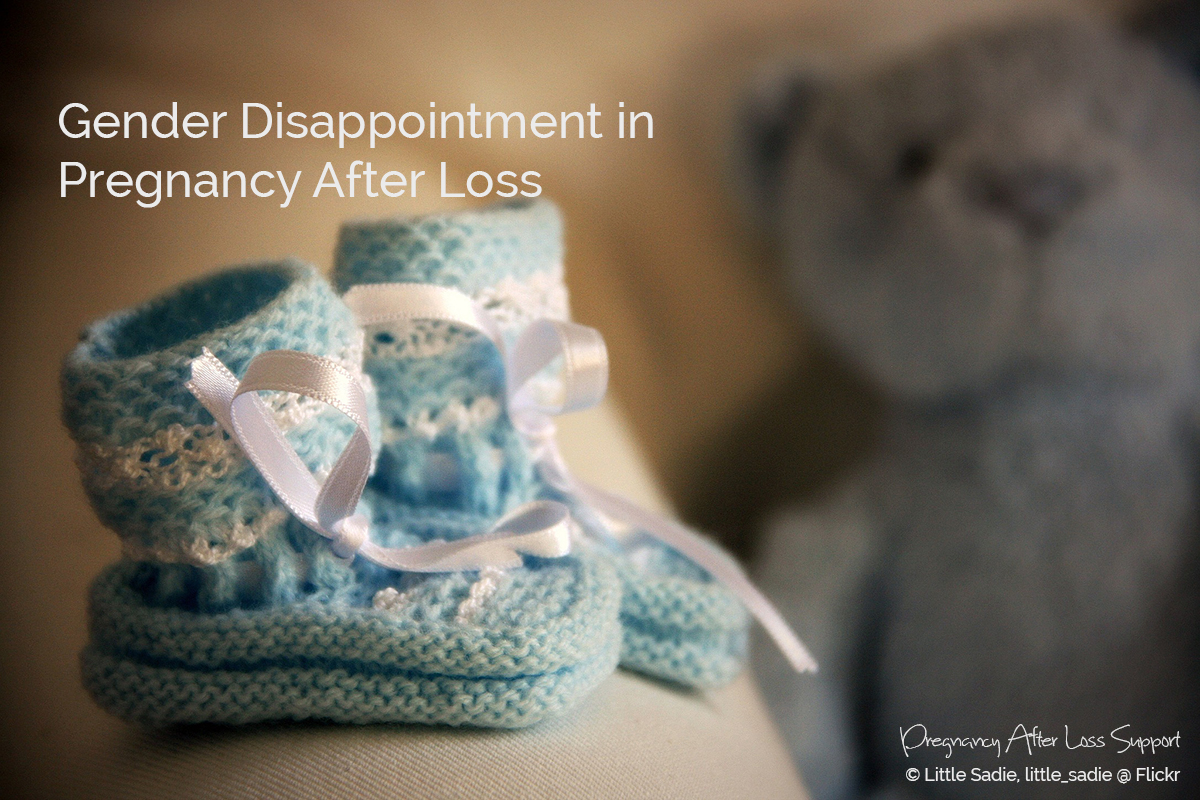 Gender disappointment is a real thing. Women and mothers-to-be often develop a preference, sometimes a strong one, for a baby of a particular gender. This is normal but can lead to what has been called “gender disappointment,” the concept that the mother is disappointed to learn, either by ultrasound or at the baby’s birth, that their child is not the preferred gender.

These feelings are usually time-limited and often dissipate as the mother gets to know her baby and comes to appreciate the facets of having a child of the opposite gender from what she had preferred. The loss of the hoped-for boy or hoped-for girl is grieved in any number of ways and life eventually goes on. For some, however, a longing can persist over time but usually does not interfere with the mother’s parenting of her existing children—often, the longing exists side by side with the mother’s love and appreciation for her existing children.

In therapy, especially PAL support groups, women often move away quickly from feelings of gender disappointment. For some, verbalizing such feelings feels risky—they fear judgment by others. For mothers who have experienced a pregnancy or infant loss, this conflict may be especially pronounced. The mother imagines others might think, “What mother is not grateful for a healthy baby especially after a loss?” She may judge herself harshly for such feelings, telling herself that she should feel happy, engaging in self-criticism.

It is more complicated than just shifting one’s focus to the rainbow baby or new pregnancy. The mother IS grateful for the healthy pregnancy. However, the original gender preference still existed. Now, it is complicated by the gender of the baby who died and the gender of the new baby. A therapist (or any professional working in an intimate capacity with a mother) needs to understand her reasons for the gender preference in the first place. They can vary from “I always wanted a girl because the mother-daughter bond feels so special” to “I wanted a boy because I was always dismissed by my father as being inferior to my brothers.” Sometimes, the answer is simply “I don’t know why, I just always pictured myself with a girl (or boy.)”

Taking some time in therapy to understand the meaning of the original gender preference to the mother will go a long way toward helping her work through her tangled web of feelings surrounding the birth of her subsequent baby.

In my support groups, women almost always mention the gender of the baby who died if they knew. It is most often mentioned when the new baby is of the opposite gender. Women often feel like they missed out on their chance to have a baby of the opposite gender and are still mourning the loss of that experience even while they are happy about their rainbow.   The positive side of having a rainbow of a different gender can be that for some, it is easier to mentally separate the two pregnancies in one’s mind. Each baby has his or her own identity and existence. Women want to make sure that all of their babies are acknowledged and remembered—sometimes, two girls in a row or two boys in a row can make that feel more challenging.

It’s okay for you as the clinician to inquire about a gender preference. Helping women work through the complicated and sometimes contradictory feelings about this issue will help them come to terms with gender disappointment and ultimately assist them in being the mothers they hope to be.

Two wonderful discussions of their personal experiences with gender disappointment by PALS contributors Elizabeth Schulmeister and Kristi Bothur can be found here: