Some days I feel like I’m at a crossroads. There are days where I find every reason to look forward to the future, instead of fearing it. I find myself gleaming with happiness and hope, and having fantasies of my life to come as a mom to two girls on Earth. But there are some days when I need to admit my heart hurts and my brain is tired. 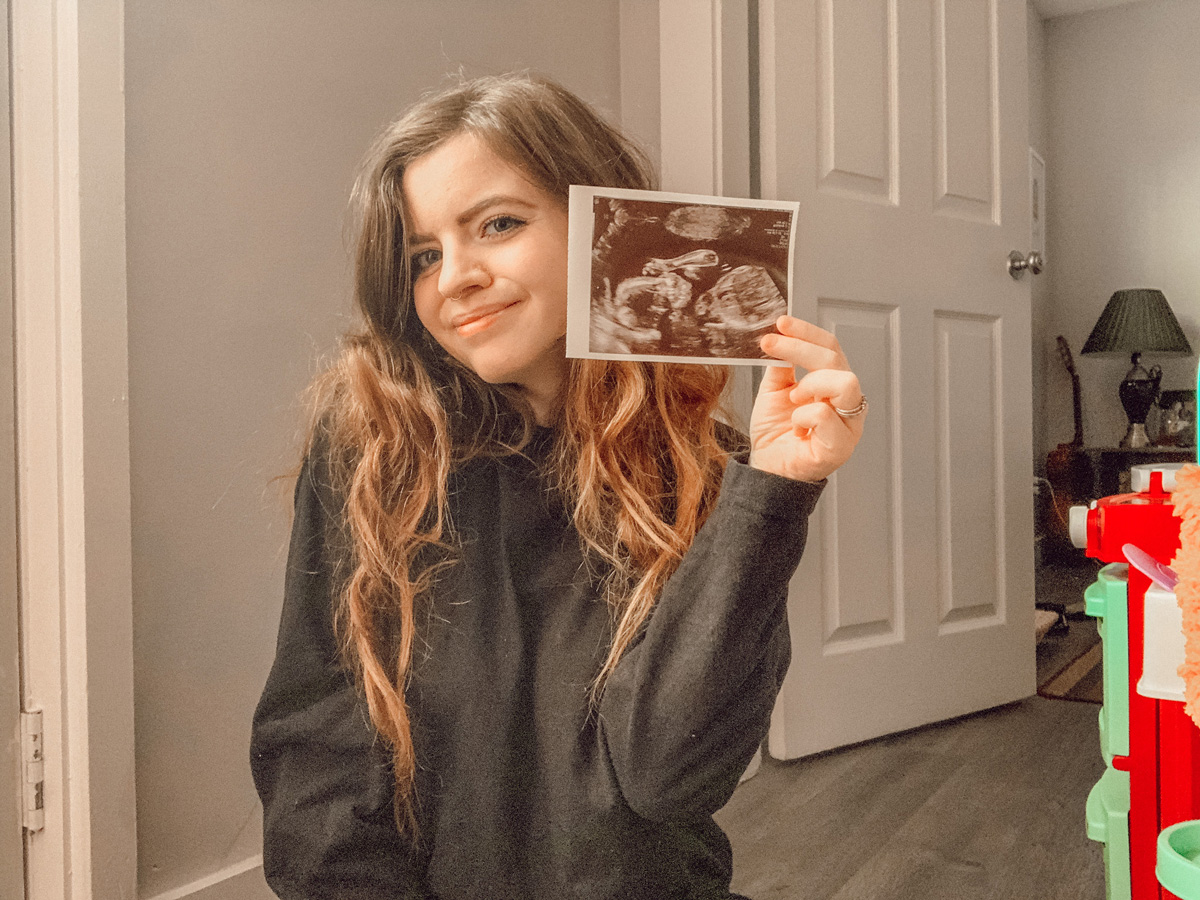 Though, this week more than any, I’ve realized that this rollercoaster may be worth every second of the ride.

I can’t count the number of times that someone simply suggested to “be positive” in terms of my loss, my first pregnancy after loss, to my pregnancy now.

Though I never thought my issue when dealing with the things I had gone through was ever an issue of me lacking positivity, and certainly, none of those issues could be solved by being blindly positive. All it did was add more responsibility when the weight on my shoulders was already enough to knock me down. It made me feel emotionally inferior and incapable of rising above very natural emotions and reactions to the fate I was dealt. And more than anything, it was insulting to think that my journey through child loss and the pregnancies that followed could be minimized to a point where it was entirely an issue of my attitude through it.

The truth is, I’ve learned a lot about myself in my darkest moments, and I’ve also moved through the motions during my happiest ones. I have found healing through pain, and I’ve fallen down when I thought that there was nothing that could roll me off of Cloud Nine.

Since Rossi’s death, I knew that if I were to ever heal and bring his siblings into the world, I had to let go of the resistance to reality. Willing myself a positive outcome wouldn’t give me a positive result.

I’ve talked about my pregnancy with my first rainbow Madeline a lot, and how traumatizing it was for me. I wasn’t able to enjoy the pregnancy, nor celebrate her, because I was blinded by so much fear. When I speak about the regrets I have from that pregnancy, however, it wasn’t the fear I had during it that I regret.

My only regret was not connecting with my daughter in spite of it.

This week, we had our first fetal echocardiogram out of many. It went more than well. On top of the heart monitoring, they also took a few other anatomy measurements. They assured me that I should feel nothing but confidence going into the anatomy scan to come (as, like many mothers, I am very nervous about it) based on everything they saw that day.

Despite this amazing news, I have still been feeling uneasy since. Maybe it’s because I was once told my baby was perfectly healthy, and then less than a week later he died.

This may seem like a negative spin on a positive revelation, though I like to see it completely differently.

If this was my pregnancy with my daughter, I would have shut down completely. I wouldn’t have taken this photo proudly holding her ultrasound, and I certainly would not be able to strip down my emotions so artlessly.

Something I’ve discovered in the depths of my sorrow is how to go along with it, not against it.

Some of the best self-care I have ever done in my life is to allow myself to sit with all of my ugly feelings and not try to justify feeling that way to myself or anyone. Because believe it or not, it has ultimately allowed me to be happy, ACTUALLY happy, when the moment struck. Letting myself just soak in my own uncertainty has made me really appreciate the times when life is just plainly good.

I can’t say I’m feeling confident in bringing a healthy baby into this world all the time. What I can say though is I’m embracing every minute of her anyway.