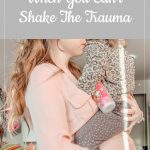 What would have most moms sitting pretty since I’m in what most would consider the coveted “safe zone” has me feeling more and more on edge. See, I lost my sweet baby boy, Rossi, at 28 weeks, one day shy of 29 weeks, in 2016. Even when it came to my rainbow baby, Madeline, I had to be induced at 35 weeks due to recurrent preeclampsia. All I have ever known is the further my pregnancies progress, the more complications arise. But, after a mentally and emotionally tumultuous subsequent pregnancy after losing Rossi, I promised myself I would not let these same fears dictate how I would celebrate this baby. Easier said than done. 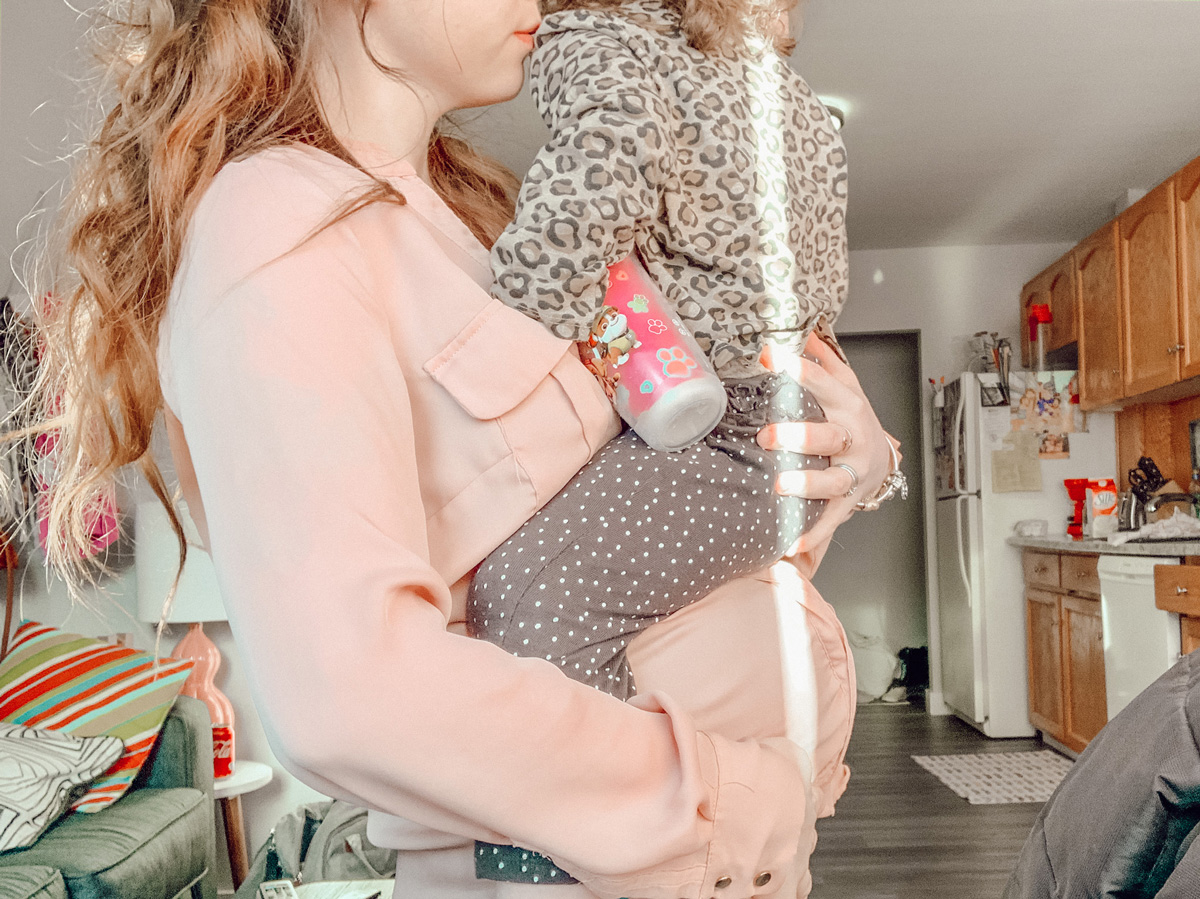 I think one of the reasons why I’m so grateful to be a part of this conversation this time around is because I’ve already had my “rainbow pregnancy“. If I can help even one mom escape the dark places I found myself in while pregnant with my daughter, then I would feel truly honoured and fulfilled.

I had a lot of expectations for this pregnancy.

It was just over three years since Rossi when I conceived this baby. I had my own mental “dos” and “don’ts” list on repeat during the two-week wait on how exactly I would be if I were lucky enough to see those two pink lines again. I realized within an hour of getting my positive, I had to break up with those dreams real quickly. 30+ pregnancy tests later, I still was nitpicking at the “line progression”. When I had my first beta test, I googled the numbers obsessively. I browsed every detail of my first ultrasound with a fine-tooth comb, even if it was just a picture of yolk sac. Still, even 16 weeks later, I can never fully convince myself that everything is OK.

Sometimes pregnancy after loss feels like a constant state of survival mode. It’s like whenever you’re not worried about your baby, you’re worried about worrying. A vicious cycle, some might say.

A lot of other mamas have reached out to me and have asked me how I find the strength to be pregnant after having a stillbirth, and nearly losing my daughter too. The answer is, I fake it. I really do. Because no matter what the outcome of this pregnancy will be, I know I’ll regret not taking the photos. It’ll break me If I don’t love this baby with every fiber of my being.

Trust me, I’m not absent of any fear.

I’m loving this baby in spite of the fear.

I’m loving this baby in spite of trauma.

I’m loving this baby in spite of the possibility of losing him/her.

This is my most complicated pregnancy yet, for sure.

I went into this third pregnancy knowing that Preeclampsia was definitely a risk again. What I had not really considered was just how my autoimmune condition (Sjogren’s) could affect this baby. We’re still waiting on my immunological bloodwork to determine if I carry the anti-SS-A (anti-Ro) and anti-SS-B (anti-La) antibodies. These antibodies have been associated with congenital heart block (CHB) in a fetus, which has a higher occurrence rate with women with Sjogren’s Syndrome. On top of a high risk of Preeclampsia striking, it has definitely left my brain on fire with thoughts about every horrible outcome of this scenario.

When the MFM (Maternal Fetal Medicine) doctor outlined what our plans were going forward, I had a thought shoot through my brain like lightning. A small part of me hoped that I would have the antibodies present so I can get more monitoring.

Then another part of my brain called me every name in the book for having such a horrible desire.

Then another part of my brain convinced me it was justified because the risk of CHB can be less than 3%, but my risk of preeclampsia is much higher, and maybe we won’t get so lucky to catch it in time like we did with Madeline.

And another part of my brain wanted the rest of my brain to shut up, because this roller-coaster of thoughts and emotions was making me more nauseous than weeks 6 through 10 of this pregnancy did.

Pregnancy after loss is so messy.

It doesn’t matter if it’s your 2nd, 3rd, or 4th, the fear and anxiety can be so unrelenting, and it can often feel like there are more reasons to worry than there are reasons to be happy. However, if you’re reading this and are on this journey with me, just know that you are doing the best you can, and that best is enough for that life growing inside you. Each day, each week, each month, is another milestone to be proud of. I’m pregnant today, you’re pregnant today, and that is enough of a reason to smile.