First Trimester Genetic Screening and Testing: What You Need to Know 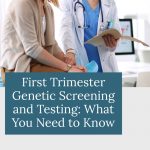 One of the decisions you will make during your first trimester of pregnancy is whether to have prenatal genetic screening. These tests will give you information about your developing baby and the chances for certain genetic disorders. 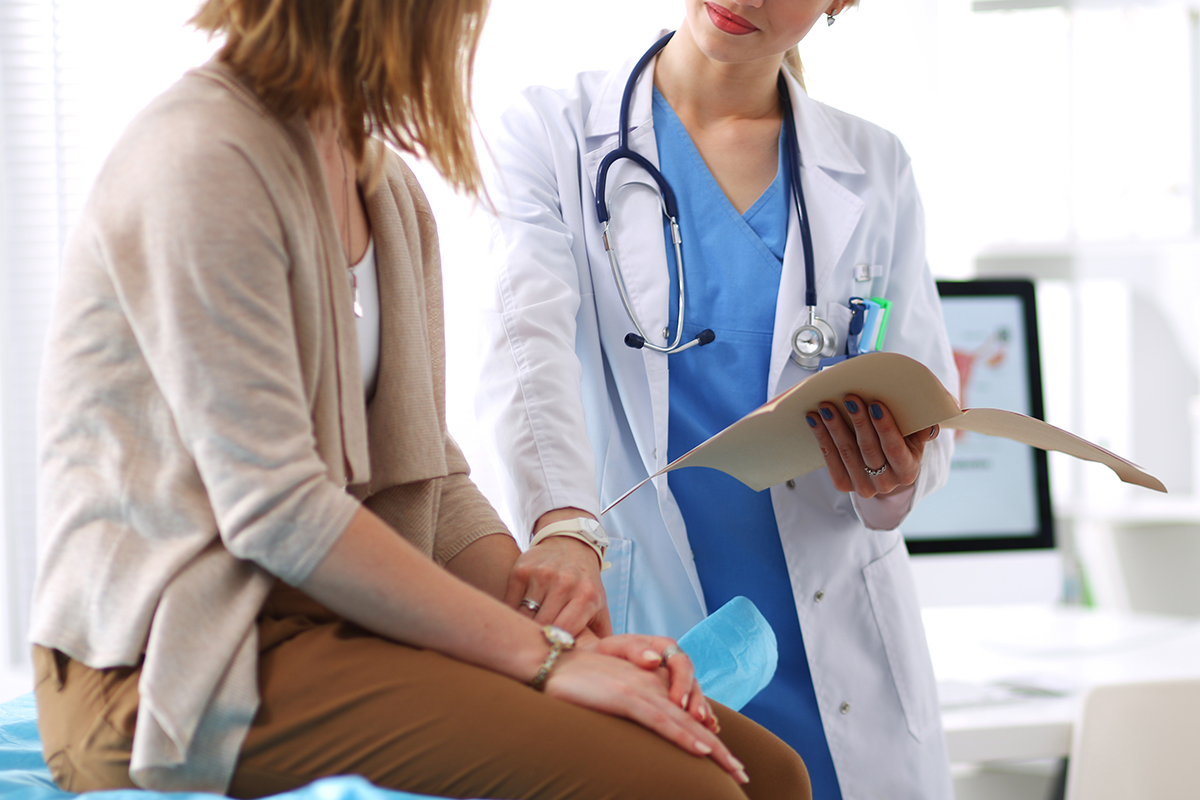 Reputable medical organizations, including the American College of Obstetricians and Gynecologists (ACOG)[1]“Prenatal Diagnostic Testing for Genetic Disorders,” American College of Obstetricians and Gynecologists (ACOG), May 2016, Practice Bulletin, Number 162, … Continue reading and the American College of Nurse-Midwives (ACNM)[2]“Prenatal Tests for Down Syndrome,” American College of Nurse-Midwives (ACNM), May/June 2005, … Continue reading, suggest that all pregnant people have the option for prenatal genetic screening, regardless of age. Many loss parents choose to undergo these screenings because they want to know as much as possible about the health of their growing baby. Others find the screening process — and the waiting and possible testing that comes after — to be filled with anxiety, so they decline it altogether.

If you elect to have prenatal genetic screening, there are generally two main methods used during the first trimester. One is called non-invasive prenatal testing (NIPT), and it’s sometimes referred to as cell-free DNA testing. The other is usually called first-trimester screening[3]“Prenatal Genetic Screening Tests,” American College of Obstetricians and Gynecologists (ACOG), https://www.acog.org/womens-health/faqs/prenatal-genetic-screening-tests. It’s important to know the pros and cons of genetic screening, so you can make an informed decision.

What Do I Need to Know About NIPT?

Some providers might refer to this genetic screening as non-invasive prenatal screening (NIPS), although the name NIPT is more common. NIPT is actually a screening test, not a diagnostic test. Therefore, a positive result means further investigation is necessary.

How does NIPT work? During pregnancy, pieces of DNA from the placenta circulate in the parent’s bloodstream. By analyzing a blood sample taken from the gestational parent’s arm, NIPT examines that DNA, which is called cell-free DNA, because it carries the baby’s genetic information.

NIPT results tell the likelihood that the baby will have the following chromosomal abnormalities.

Depending on the type of NIPT and the company analyzing the sample, it can also screen for the following.

NIPT can be performed as early as 10 weeks of pregnancy and, because it is non-invasive, it carries no risk of miscarriage. A bonus of the screening is that it can determine the sex of your baby, but that is not a medical reason to opt for NIPT. If you choose to participate in NIPT, it takes about a week to get results, which are usually highly accurate. False positives are very rare.

Similar to NIPT, first-trimester screening begins with a blood sample taken from the gestational parent’s arm, usually between 10 and 13 weeks. This is followed by an ultrasound exam between 11 and 13 weeks. The tests are examining the likelihood of trisomies 21,18, and 13.

Meanwhile, the ultrasound exam, called a nuchal translucency screening, measures the thickness of a space at the back of the fetus’s neck. A measurement that’s thicker than normal means there’s an increased risk that the baby has Down syndrome or another type of chromosomal abnormality.

What Else Should I Know About Genetic Screening?

There are a few other important points to understand about genetic screening in the first trimester. The first is that neither method screens for neural tube defects (NTDs), such as spina bifida and anencephaly. However, maternal serum screening, which does look for NTDs, is available during the second trimester and is most accurate between 16 and 18 weeks[5]“Maternal Serum Triple Analyte Screening in Pregnancy,” J. Christopher Graves, MD and Karl E. Miller, MD, American Family Physician, March 2002, … Continue reading.

Another factor to consider is the cost. Insurance plans may not cover genetic screening, especially for parents who don’t have risk factors. Out-of-pocket expenses vary and often depend on whether you’ve met your deductible.

Finally, let’s talk about results. No matter which method you choose, results will come back as either positive or negative. Because these are screenings, positive does not necessarily mean your baby has a chromosomal abnormality. It simply suggests the chances are higher than normal. Similarly, a negative result does not guarantee that your baby does not have an abnormality; negative means the likelihood of having a baby with a chromosomal abnormality is low.

If you get a positive result, you’ll probably ask, “What’s next?” You can ask your prenatal care provider about genetic counseling. In addition, a second-trimester detailed anatomy ultrasound can usually provide more information and is not invasive.

To know for sure whether your baby has a chromosomal abnormality, you have to opt for diagnostic testing. There are two options, chorionic villus sampling and amniocentesis, both of which analyze the baby’s genetic material collected from the placenta or amniotic fluid. According to the CDC, the risk of miscarriage with CVS is 0.50-1 percent, or odds of about 1 in 100-200. For amnio, miscarriage risk is 0.25-0.50 percent, meaning the odds are 1 in 200-400[6]“Chorionic Villus Sampling and Amniocentesis: Recommendations for Prenatal Counseling,” Richard S. Olney, M.D., M.P.H. et al, Center for Disease Control and Prevention, … Continue reading.