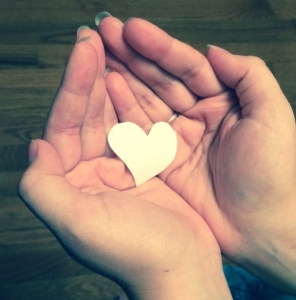 After losing my daughter and learning how to parent her surviving twin, I just felt like less of a mother. I was supposed to be a mother of two. I felt like I couldn’t quite connect with my son how I envisioned I would. I felt less present than I should’ve been. I felt less useful. I felt less alive.

In those early days and months, I was still in such a fog that I felt like less of a mother and less of a wife. I couldn’t quite function. I was going through the motions and that wasn’t enough for any of us…but it had to be because that was all I had. My household duties just didn’t get done. Our house was a mess; our life was a mess. As time passed, I was slowly able to function more normally but that feeling of “less” never really went away. Before giving birth to my sweet babies, I had so many visions of what kind of mom I would be. I would be so tuned in to their every want and every need. I would get us all dressed and take them on play dates and still have a connection to the outside world. None of that happened and I not only lost my daughter but I lost the kind of mother I wanted to be or thought I could be. As someone who had always tried to be the best and do my best, this new feeling of less was very new and rather sad.

I not only felt like I was less of the person I used to be or wanted to be but I also just had fewer feelings. I used to be so empathetic and understanding and kind. I could no longer bring myself to feel sorry for someone who hated her job or someone who lost her cat. The idea that someone else’s trivial plight was so hard on them just made me annoyed and bitter. They have no idea. Their lives will continue with little change and my whole world and everything I dreamed of and everything I was is now gone.

When I was pregnant with our rainbow baby this worried me a bit. Would I be able to really connect with him and love him the way I should? Did I even have that in me anymore? I did have a lot of fear that I just wasn’t capable of the type of connection he deserved. However, with every ultrasound and every kick, my love for him only grew. I found my heart starting to loosen the negativity that had been so tightly wrapped around it since Mary died. I found a light starting to come back into my heart and into our lives. I’m sure I could’ve done more to make this happen faster but, as I said before, I just felt less in control of my life and my emotions. It was something that, thank God, just happened naturally. I allowed myself to feel all the feelings I needed to and that got me to the point of joyfully and lovingly welcoming our rainbow baby into this world knowing that he has an incredible big sister watching over him.

So, I guess there is really no way to control how you feel or what you feel and you shouldn’t have to. I found that just allowing myself to feel mad, annoyed, bitter, apathetic, less or nothing at all was ok. But when it came down to it, this insane love has always been there in my ever-changing heart and that has carried me through losing our daughter, raising her twin brother and welcoming our rainbow.

About the Author: Elizabeth Schulmeister

Elizabeth and her husband were high school sweethearts and began dating when they were 14. They married after 9 years together at the age of 23 and a year later began making plans to start growing their family. It was a long and difficult journey to get pregnant but with the help of fertility treatments conceived boy/girl twins. Everything changed when the twins unexpectedly made their arrival at 25 weeks gestation. Two days after birth, their sweet daughter, Mary Glen, passed away leaving them heartbroken and trying to figure out this new life they were forced to live post-loss. Elizabeth began writing an occasional blog as a way to honor Mary's memory and release some of the anger, fear and sadness at Finding Mary's Way. Elizabeth has just recently given birth to her rainbow baby.