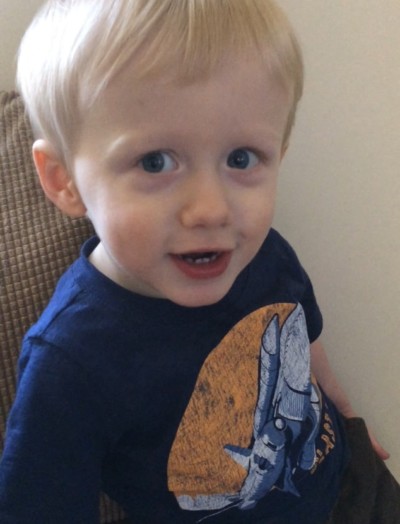 I am a father who has lost a child. That makes Father’s Day a mixture of happiness and sadness. I have one living son, Noah, who at two and a half is the cutest bundle of curiosity and wonder. And I have one deceased son, Will, who if he were alive now would be almost four. I miss Will every day, but Father’s Day in particular is difficult. Father’s Day is a day to celebrate being Noah’s dad, but it’s also a day to remember Will.

Almost four years of missing Will has raised questions about how to live that don’t have definite answers. One huge question I struggle with is: How do I reconcile the absolute joy that Noah brings with the pain of Will’s forever absence?

I say there aren’t definite answers because things are always changing.

Noah is growing up, so how he understands the world is always changing. And grief is not linear or easily divided into phases, so how I feel about Will changes, too. Some days are tougher than others. And those tougher days for me are sometimes made tougher by some of the cultural norms surrounding how men are allowed to grieve.

My wife, Kristen, has been not-at-all shy about expressing her grief. I’ve written some for PALS and other outlets, but as far as my daily life, in all those little conversations you have about children (“Oh, how many children do you have? How old are they?”), there are limits to how much I can say without getting into some awkward conversations that I would rather avoid.

I work as an engineer on a military base. It’s a very male-dominated environment.

This means that strong emotions that aren’t anger or happiness are often viewed with confusion. Once, just after I returned to work after Will’s death, I was simply walking across a parking lot when someone asked how I was doing. But I was so lost in my own thoughts I didn’t hear him. He took my silence and what must have been a very depressed look on my face as a danger sign and told his manager about it. Which cued a very awkward conversation between me, my manager, and his manager. Since then I’ve tried to be more outwardly cheerful at work to avoid things like this.

Noah is still too young to really understand that he has an older brother. Still, Kristen and I have put effort into not automatically comparing everything Noah does with what Will could have been. We figure that if Noah senses that we are comparing him against someone else, he’ll feel that he can’t compare against someone who isn’t here. So we take deliberate steps to just enjoy Noah for everything that he is.

Grief isn’t something that can be worked through like an engineering problem.

Kristen and I will continue on our parenting adventure, with lots of love and support for each other, and take things as they come. I know that isn’t a profound solution, but profound problems often have non-profound answers.

About the Author: Darrell Paul

Darrell Paul lives in Maryland with his wife, Kristen Paul, where he works as an engineer. After struggling with infertility, Darrell and Kristen were thrilled when their first attempt at IVF succeeded in 2014 with the conception of their son, William Edward Paul. They were absolutely devastated when cervical insufficiency resulted in William's death on August 1, 2014. Since then, Darrell has struggled with the lack of resources available to grieving fathers. Darrell hopes that his perspective will help other grieving fathers. You can contact Darrell at darrellfpaul@gmail.com