All He Knew Was Love: One Family’s Journey through Termination for Medical Reasons 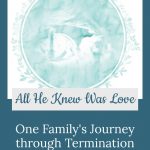 In March 2017 my husband and I were excitedly expecting our second son and went in for our 20-week anatomy scan. However, the scan was quick and we were told to wait in the doctor’s office. The doctor informed us that there were a significant amount of abnormalities with our baby. She advised us to see a genetic specialist for further testing. 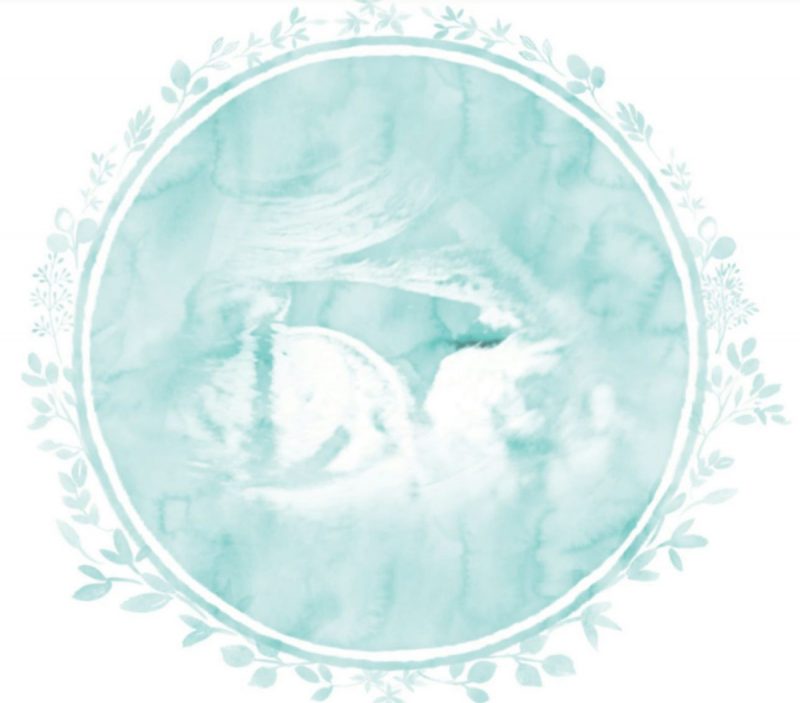 We were lucky to get an appointment the next morning at the genetic center at our local hospital. We had a long ultrasound performed and then the genetic doctor began talking to us about hydrops fetalis. At this moment I stopped listening, I stared up at the ceiling which had butterflies hanging as tears rolled down my face.

All I knew was my baby was going to die. I do not know how I knew this but I instantly had a gut feeling that we would need to decide to terminate our very much wanted pregnancy.

The genetic counselor told us we had a severely advanced case of hydrops at a young gestational age. The odds of our baby even surviving to birth (another 20 weeks) were around 5-10% and the odds of him surviving after birth were under 10%. Now when they say surviving after birth they do not mean living a normal life. There was so much fluid in our baby’s chest cavity that his lungs would never develop. If we tried to carry him to full term he would feel a great amount of pain once born and even if he beat the odds and was born physically fine he would have no intellectual capability. If we decided to continue with his pregnancy I would need to be checked weekly for his heartbeat and for swelling in my body due to a common symptom of hydrops called mirror syndrome. This is where the mother’s body begins “mirroring” the baby and filling with fluid, putting my life at risk.

We realized that night we had two choices: try to carry the baby to term or have a D&E procedure.

Carrying this baby to full term and delivering him via repeat c-section, or even attempting a VBAC was never an option for us. We had a spunky energetic toddler at home that I was the primary caretaker for and we had to think of his life as well.

Deep down inside I knew right away we would have the D&E. A D&E is the last thing I wanted. What I wanted was a healthy baby boy but that was not an option for us. Our baby was never going to be healthy.

There are only a few doctors in my area that perform the D&E procedure after 20 weeks at a hospital, therefore it took an additional two weeks to get an appointment. For two weeks we had further testing done, more scans which were read by doctors at the Cleveland Clinic, an amniocentesis, and we gave him a name. Our baby did not even have a name yet and he was going to die. I walked around like a zombie for two weeks with a baby inside of me that I knew was dying. I convinced myself he had already died in order to detach myself from what was happening. My birthday came and went during those two weeks also. I turned 31 while mentally preparing myself for an abortion I never imagined I would have.

The choice my husband and I made to have the D&E was the hardest thing ever.

But that is what being a parent is, making hard decisions to keep your kids safe. For the sake of my safety, health, and the sake of making sure we could have healthy children in the future we had to have the D&E.

A D&E procedure is a very physically and emotionally painful two-day process. I passed out after day one of the procedure, heavily bled for another 24 hours prior to the procedure, and cried that entire night before. I cried for so many hours straight that after the procedure was over and my baby was gone I cried with no tears. I cried for my baby until there were no more tears left inside of me. I woke up from the anesthesia gripping my stomach while screaming, “I want my baby, where is he?” so loudly that they had to sedate me again because I could not calm down on my own.

After Aiden died I found support from the online community.

I joined a secret private Facebook group for families who terminated their wanted pregnancies. Shortly after I became pregnant again and found Pregnancy After Loss Support on Facebook. PALS was a vital resource during my pregnancy after Aiden, always being accepting and supportive of my loss story.

There is an entire community out there of parents who had to make the hardest choice of their lives and end their very wanted pregnancies. Most suffer in silence, unsure how to explain their loss story. Unsure where they fit in in the loss community world and scared that others will judge them for making their own parenting choices.

People say all the time that I would never terminate my pregnancy no matter what the test says, but in reality, no one knows what they would do until they are in that situation. It is easy to sit back from a distance and say I would never do something until you have to make that choice.

Terminating For Medical Reasons families need love, support, and understanding just like any other loss family.

I have his ultrasound picture, the only picture I have of him, framed in my bedroom and keep his memory alive by working with pregnancy and infant loss organizations. I have submitted letters to Congress about his story to help prevent anti-abortion bills from being passed. I advocate for women’s reproductive rights in honor of him. I support families who are experiencing similar heartbreak. I started the first and only TEARS Foundation Terminated for Medical Reasons Support Group.

While he was never born he has made an impact on my life and others. He has connected me with women who are now lifelong friends. He has made me a stronger person, a better mother to my living children, and shown me what unconditional love is.

About the Author: Heather Ralston

Heather Ralston is a the Volunteer Coordinator for Pregnancy After Loss Support, as well as a PALS Ambassador and a Meet-Up Leader in Baltimore, MD, where she lives with her husband and three living children. During her second pregnancy, a severe case of hydrops fetalis was discovered at her 20-week anatomy scan. After weeks of testing and consultations, Heather and her husband made the heartbreaking decision to end their son Aiden’s pregnancy. Just ten weeks later, Heather became pregnant again and delivered a healthy baby girl in March 2018. Heather knows pregnancy after loss is a hard journey to navigate without support. She’s thankful for PALS online support and loves being a part of the PALS community.