I’m tired all the time. I am a parent, a father. It’s a common condition, the exhausted parent. The sleepless nights of newborn-hood followed by the unrelenting crush of work and maintaining your home to the point where it is habitable enough to keep the authorities uninvolved. No one gets their beauty rest, no one sleeps like a baby. As a matter of fact, sleeping like a baby is clearly a terrible joke designed to entrap unsuspecting parents to be. If we all slept like a baby, we would soil the bed several times a night and wake up so hungry we scream. No, we don’t want to frighten off the new recruits so we put rainbows and hearts on everything so you know it’s non-stop fun. 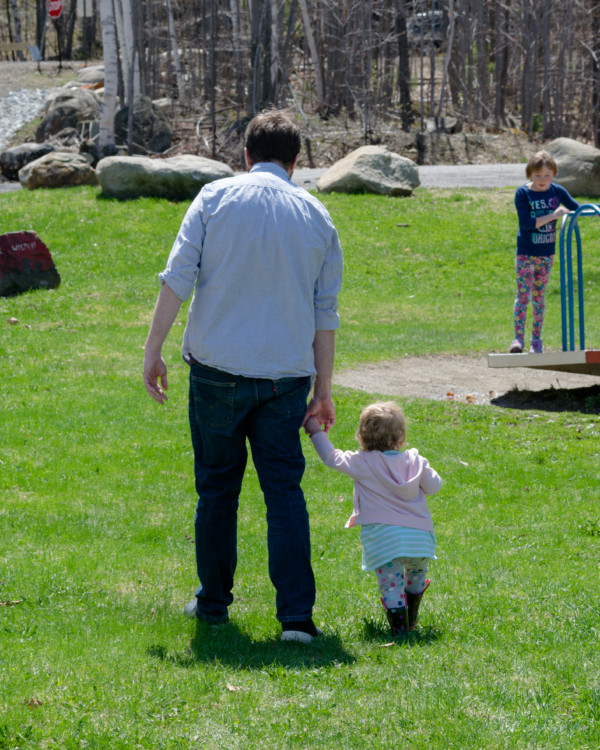 Exhaustion is just one of the many rights of passage when joining the fraternal order of dads.

In becoming fathers we too often fall into a well-worn role of sitcom cliches or are expected to. Lawns! Tools! Walk it off! Ask your mother! (canned laugh track)

For me being a father has been about reimagining and rejection the notion of the passive and aloof dad. Being a father, for me, has been about opening my heart to unconditional love and becoming vulnerable to the pain of loss. It’s about living through the nightmare of losing a child. It’s about hoping for the best and expecting the worst.

If we simply count conception as fatherhood than I am a father of four.

If we only count living children, I am a father of one. Biologically speaking fatherhood is a well-worn cliche. Get a woman pregnant, fuck around for nine months, then start changing diapers and complaining about crabgrass. Being a partner to miscarriages and a stillbirth complicates things, though. When do they count? When do I start being a dad? What does it mean to be a father to a child or children who aren’t living?

My daughter Dorothy died between 8pm-1am February 21-22, 2016. She was born still ten hours later while my wife fought for her life in the ICU. Dorothy loved to listen to music and her momma’s voice. I held Dorothy for about 20 minutes before the nurses took her away. Our only photo of her was taken by the nursing staff and placed in a memory box along with the few things that touched her when she was here. We went to the hospital with a healthy baby and we left with a box.

Before Dorothy was born I didn’t know what to expect in fatherhood.

I didn’t think I was ready. I didn’t know if I could love anything as much as my wife and cat. As soon as I saw her and held her, knew. I knew I could do it all. I knew because it hurt so much to love someone and know it was the last time, the only time we would be together. I knew I could do anything required of a father because I had to start with the hardest, letting go.

Becoming a father and being a father has been more complicated and complex than I was led to believe. Being a father to Dorothy is difficult because as Dorothy’s dad, I’m invisible. Being a father to our second, Frances is much easier. As Frances’ dad, I get to be the kind of parent I want to be, the kind of parent who doesn’t make people feel like averting their gaze or awkwardly change the subject. There’s no sad story to tell with Frances because the visual narrative is enough. I still struggle with how to be a good father to both girls. How do you properly grieve one and celebrate the other when the latter reminds you every day of all the joys you never had with the former? I’m still working on it.

Some days it’s small socks and tiny teeth, other days it’s urine and small urns. But beyond the fistfuls of vomit, blood, feces and antiseptic, fatherhood is joy. It is pain. It is love and it is loss.

So yes, I am exhausted all the time and every day is a slog. It’s exhausting to feel so deeply and to be the father, husband, friend, and coworker you need to be. It’s not pretty or graceful, but it is amazing. 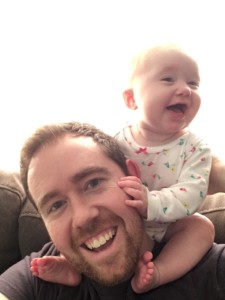 Michael Whalen is a high school history teacher from Vermont. He is the father of Dorothy and Frances and husband to PALS contributor Rachel Whalen. When Michael isn’t teaching he enjoys photography and being near trees.