Resting My Hands on an Empty Belly 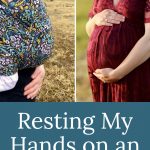 For much of my life before I became a mom, it never occurred to me to put my hands on my stomach in a soothing, maternal way. I was living my life just as it was, and naively assumed that motherhood – and an easy path to get there – would be a given in my future. I was focused on my career, my personal life, and everything else. I’d get there one day, but not today. 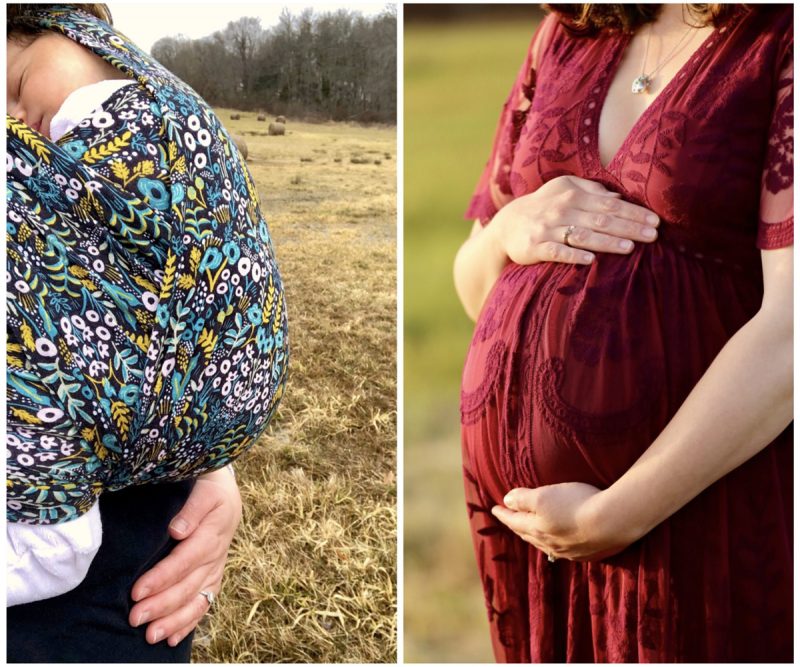 In a twist of fate, though, I got pregnant.

I was thrilled. Though the timing was a surprise, I was ready. Soon after I found out I was pregnant, I put my hands on my belly and it felt so comforting. “Something is happening in there, something much bigger than myself,” I thought. As my son grew bigger, so did I, and soon it was second nature for one or both of my hands to be resting there.

The first time my hands were on my belly in response to being afraid was at my 24-week OB appointment, when I was waiting in a small room to see my OB. I was worried. I had a lot of symptoms that didn’t seem right and I hadn’t felt my baby move that day. We had moved my appointment up by a week.

I rubbed my belly and said to my son, “Everything’s okay baby boy, everything’s gonna be okay.” I didn’t know it at the time, but everything wasn’t okay. He was gone.

Weeks later at home, reality hit me, sneaking up from behind me like crashing waves that would subside only to come right back again. I cried on the couch, sitting with my husband and clutching my empty belly, saying, “My baby, my baby.” It felt instinctual and raw. Everything did back then.

In my first pregnancy after loss I was anxious, to say the least. I had taken baby bump pictures early in my first pregnancy, but with my rainbow I waited until I was 18 weeks along to take my first picture. In that 18 week picture, I nervously rested my hand on my belly. I was trying so hard to trust that I would get to meet this baby, living. In a strange way I didn’t want to jinx the pregnancy by embracing it too soon.

But as my rainbow pregnancy progressed, I wanted to connect with her, as scary as that was.

I felt her kicks, and my hands would be there to feel her more closely and also to be protective when we were out and about. They were there when I was anxious and when I was calm. It was similar in my second and third rainbow pregnancies, my trust in my own body growing each time.

Then something happened that I hadn’t experienced with my previous rainbows. My youngest daughter was born last month. A couple weeks postpartum, I noticed my hands were on my belly as if I was still pregnant with her.

I was embarrassed at first, and relieved that I was just at home with my kids so I wouldn’t have to chance fielding awkward questions from strangers about when I was due. But it was also bittersweet.

She is our last baby. My pregnancy journey has ended, just as a new journey for our family has begun.

Of course, I’m elated that our daughter is here, safe and sound, but I had finally reached a point in my pregnancies after loss of really enjoying them. And now that chapter is over for me.

This journey has lasted six years from start to finish, with three beautiful living children and one very special angel. This body has grown and shrunk and loved and lived in making our family. I’ll move forward in making memories as I preserve the legacy of my son, grateful to him for starting me on this path to motherhood. And I’ll also give myself some space to do things that felt natural and comforting not too long ago, even if that means resting my hands on an empty belly.