The Emotions of Your Rainbow Baby Being in the Hospital: Having Been through Worse Doesn’t Make it Easy 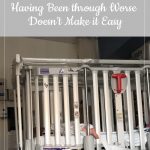 The last place anyone wants to be during a stay-at-home order in the middle of a pandemic is the hospital.  And yet, my family spent much of the past 7 weeks, the entirety of the time schools have been closed in our state, in and out of the hospital. In that time, my now 14-month-old rainbow baby has had three hospital stays totaling 23 days. She went under anesthesia six times, had three MRIs, and had two surgeries for a bone and joint infection in her knee.

To say that “quarantine” has been stressful for us is an understatement.

Having a child in the hospital is never easy. Our only living child, born after two second-trimester losses, having repeated MRIs and surgeries at 14 months old is terrifying. Going through all of this in a pandemic when only one parent is allowed to be in the hospital with her at a time is just too much to ask of anyone. 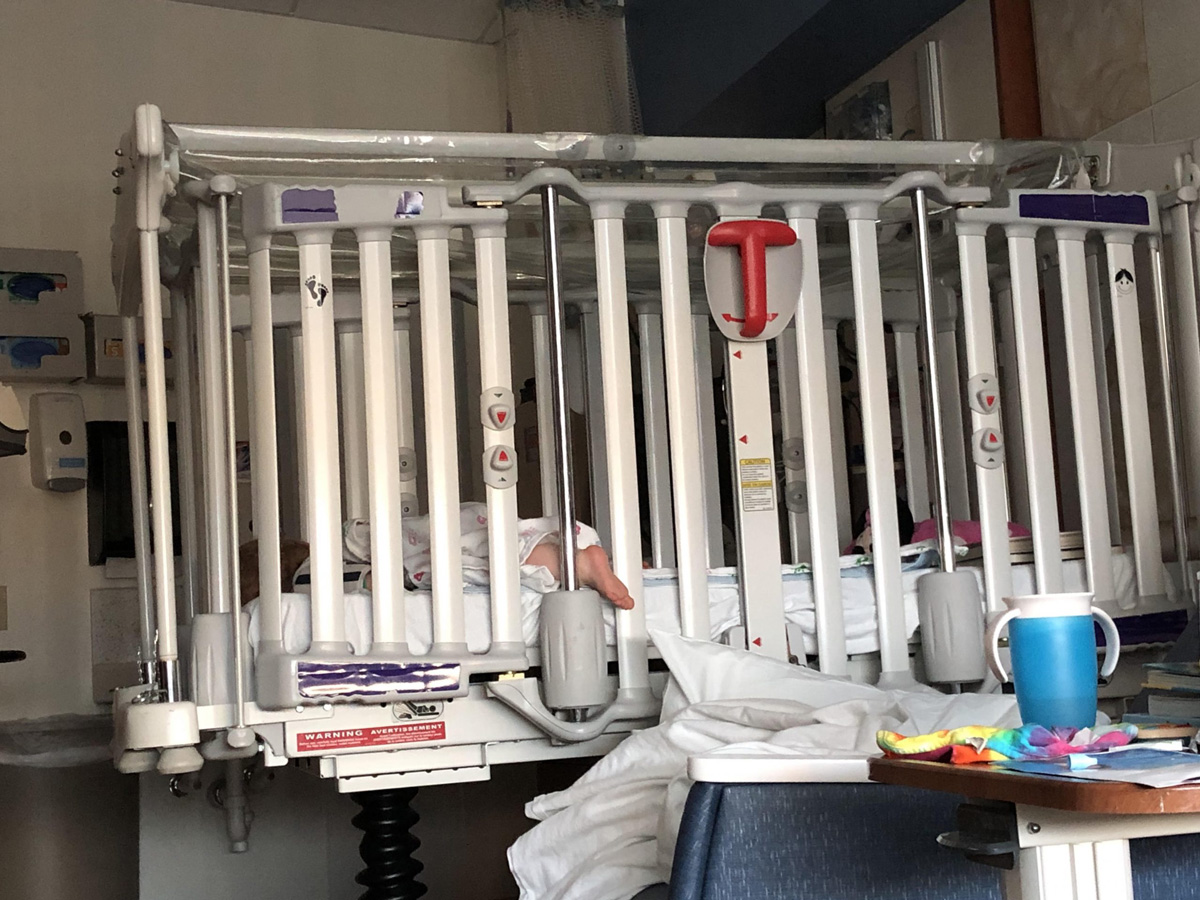 Parenting after loss comes with so many complicated experiences. The best way for me to describe the experience of my child being sick and in the hospital is through my emotions as a loss parent.

When we were told that our daughter was going to have surgery and that only one of us could be in the hospital while it was happening, I said aloud to my husband, “I don’t want to do this.” As I think back to that moment now, it was a familiar feeling. I have had that sense of dread before. I used those exact words two and a half years earlier, 21 weeks into my second pregnancy, when I didn’t feel ready to deliver our second dead son. Those words were the only way to express the dread of knowing that no matter what you prefer, you have no choice but to keep moving forward towards the thing that you don’t want to happen.

The infection that our daughter is dealing with is not life-threatening, but medical professionals explained that if the infection spread it could “turn south very quickly.” As loss parents, we have our last memories of our other babies. We know the ache in our soul that is longing for them. We don’t have the luxury of saying that we “can’t imagine” that pain. We know the pain, and no matter if it was days ago or years ago, that pain is just around the corner. We know how much worse a medical condition could be, and we are nearly always afraid that there is something more severe going on that could result in the death of our child. We know exactly how painful it would be to come home from the hospital without our daughter.

Being in the hospital, there were multiple moments when my husband asked the doctors, “But is she going to be okay?” We had to explain our anxiety to them, explaining that because of our history what we mean is, “Are you sure you aren’t missing something?” and “Are you sure she is not going to die tonight?” This may seem like an extreme reaction, but it is a reassurance that our loss parent hearts need.

These hospitalizations were filled with triggering reminders of our traumatic memories. Having to say goodbye to my husband when our daughter was getting admitted to the hospital was reminiscent of saying goodbye to him before the D&E that I had with our first baby. In both of these situations, the people he cared about most were being taken away from him to undergo serious medical procedures, and he was helpless to take away their pain. Because of coronavirus, the OR waiting room was closed, so during surgery I had to wait for my daughter in her hospital room. Walking back into her room when she was in surgery was like a punch to the gut. I was worried about whether there would be unforeseen complications in surgery, and her empty room had no baby and no crib. The emptiness was more triggering than I could have anticipated.

For me, parenting after loss means that sometimes my threshold for concern is pretty high. Sometimes being a loss parent means you don’t sweat the small stuff but also that you can feel strong while facing the “big stuff.” Living through loss demonstrated to me how strong I am. At some moments during my daughter’s hospitalizations, I found myself almost feeling invincible. Knowing that I have been through worse things than this made me feel even more able to face it. I feel like I can handle anything, as long as I get to keep her.

Interacting with so many medical professionals for so many days, we were asked that painful, complicated question for loss parents so many times. “Is she your first? Does she have any siblings?” The way I answer the question always depends on the way it is asked and who I am interacting with. Answering this question is always complicated. Our family makeup is not answered with a simple response. With the complications of a pandemic, others were often trying to assess whether we had other people to juggle as we navigated this. One nurse responded with a very well-meaning, “That’s good,” when I told her that our daughter did not have other siblings at home. She has no idea how that response stung in ways she could not have anticipated.

My loss mama heart is still too scared to be certain about anything related to my daughter’s health. Any optimism I had about her being okay and us being able to go home was cautious. I even had multiple moments where I felt like I was cautiously preparing myself in case the worst happened. I found myself wondering if a picture I took of her might be the last one or if it would be the last time I hold her. These cautious thoughts and feelings are the kind that traumatic parenting experiences can bring.

One of the most salient emotions of managing our daughter’s health issues has been the frustration of not getting to take the direct path. Most people don’t have any second-trimester pregnancy losses. Most people who lose their first pregnancy in the second trimester do not lose another in the same way. Most people don’t have a novel genetic mutation connected with a rare syndrome. Similarly, most kids don’t have surgery when they are less than two years old. Most children who have what appears to be inflammation in a joint caused by a virus improve in a few weeks. Most kids who end up having a joint and bone infection only need one surgery and don’t return to the hospital. Instead, our daughter has had three procedures so far. In some ways, it feels like we have gotten unlucky when it comes to medical issues. We have been through worse than this, but it is still frustrating that we don’t get to take the most logical, most common path. Instead, it feels like we get the rare complications.

In all of my moments with my daughter, I am so incredibly grateful to have her. I am fully aware of how much worse we could be facing than a bacterial infection that results in a few surgeries and hopefully no long term damage. As a loss parent, I feel the need to make clear that I know there are worse situations than this, and I also feel the need to tell myself and the world that I have been through worse. And that I obviously would rather have our rainbow baby and have to go through all of this than not have her at all.