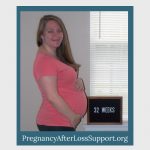 This last week has been a bit of an emotional roller coaster. At the beginning of the week, I was feeling great. My anxiety was staying safely tucked away and out of sight. But then it started to creep in. Jelly Bean’s movements generally follow a nice pattern. Before officially getting out of bed in the morning, there are some kicks here and there, nothing super consistent, but just enough to give me some reassurance and get the day started. As the day goes on, the movements gradually increase with the most activity in the evening before retiring for the night. Earlier in the week, I woke up and there was barely anything. And the few light flutters that I did feel, I was questioning myself as to whether or not they were just manifestations in my mind. 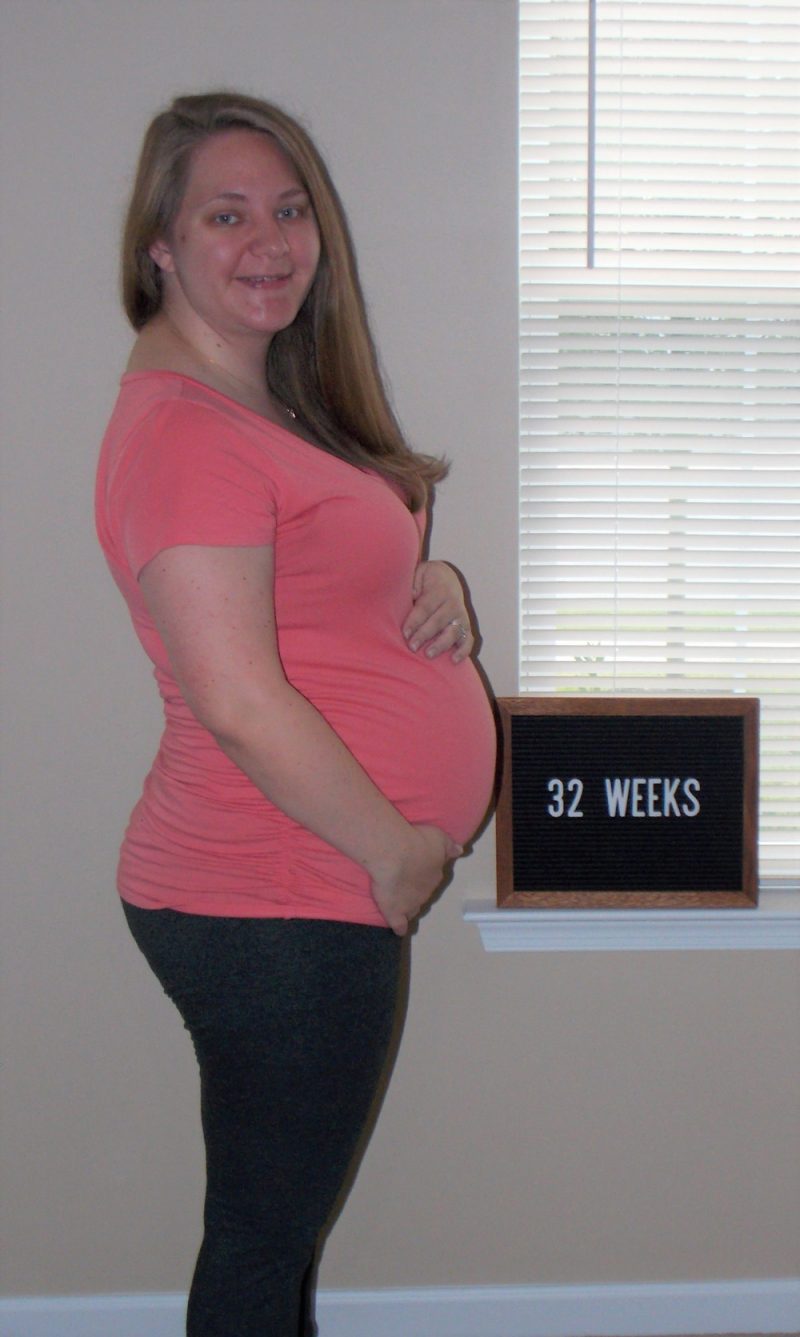 I spent the rest of the day monitoring every little twinge and movement. Eventually, their movements increased like they normally do, but I couldn’t relax completely. If there was something wrong, I didn’t want to stop being vigilant and potentially miss something. The next day, I went in for my prenatal appointment and expressed my concerns to my midwife. She said all the right things and offered her spare doppler or fetal stethoscope to help give us some reassurance outside of appointments. Jelly Bean was well from everything she could tell during our appointment and it is more of a matter of managing my anxiety. We decided to take the stethoscope and have used it a few times so far. The sound of their heartbeat is the best sound in the world and I’m so thankful to be able to hear it more often now.

By the end of the week, I accepted the fact that the time has officially come where I need to manage my anxiety more actively.

During the times when Jelly Bean is sleeping or where there are fewer movements, I spend more time reassuring myself to keep my anxiety at a manageable level. Sometimes I wish that I had the power to compel Jelly Bean to move whenever I needed some reassurance that they are okay. And when it feels like they are dancing in the womb, I go from relaxing and feeling less anxious to giggling because feeling them move makes me so happy. With realizing all of this, I came to the conclusion that no matter what I do, what others say to reassure me, or what tests I take to check on their wellbeing, the only thing that will fully relieve my anxiety and fear related to experiencing another loss is seeing them take their first breath. 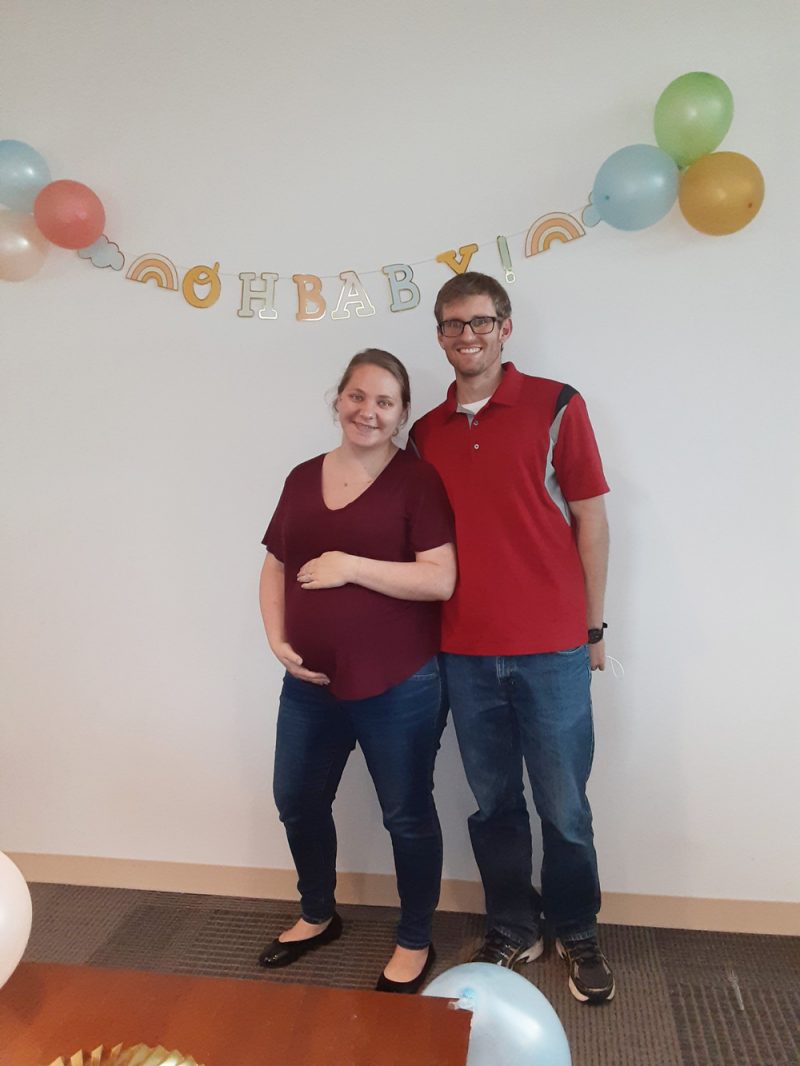 Not 30 minutes after having this realization, I was called into a last-minute meeting at work. I double-checked that I didn’t have any conflicts and headed over. To my surprise, I was walking into a baby shower that my coworkers put together! I had no idea that they were planning anything and was hit with a wall of emotion. Feeling overwhelmed with love based on the number of people I saw in the room and who had joined via video conference. Thankful for all of the support these amazing people have given me over the last year and a half. Sad because we were never able to have a shower while I was pregnant with Austin; I found out later that his shower was planned for the week everything shut down due to COVID. Feeling so happy that we were able to have a shower for Jelly Bean to know that they are loved just as much. And curious whether some of the newer employees ever learned of my pregnancy history. 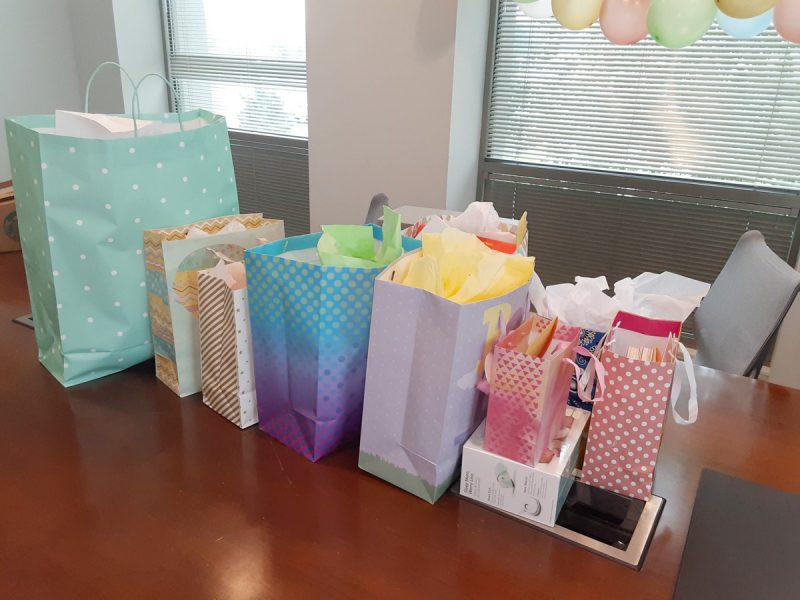 The pregnancy after loss journey is overwhelming at times.

The roller coaster of emotions is real with the highs as high as the lows are low. There is such a wide range of what is considered “normal” in pregnancy, which I wasn’t a fan of while I was pregnant with Austin. And now, I hate the amount of variability for what is normal. I do my best to remind myself that I can only control so many things and everything else is out of my hands, but some days that is harder than others. I know that I’m doing everything in my power to make sure that Jelly Bean is safe and healthy and just need to trust that it is enough. These last eight weeks can’t go by fast enough.

About the Author: Emma DeVanzo

Emma DeVanzo is currently pregnant with her third child after two losses last year. Her first child Austin was stillborn at 39 weeks and 4 days on April 10, 2020. Despite many tests, the exact cause of his death was never determined. She also experienced a chemical pregnancy in September 2020. Emma found writing letters to Austin extremely therapeutic and continues to do so as she navigates her grief and child loss in a pandemic. She hopes to bring comfort and strength to others on their pregnancy after loss journey through her bump day blog. Emma enjoys traveling the world with her husband and hopes to return to doing so in the near future with an additional traveling companion. Emma is an accounts receivable manager and resides in the Philadelphia area.