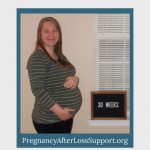 30 weeks! 75% of the way to welcoming Jelly Bean to the world and I can’t wait for that day to arrive.

I started this week with a bit of a reality check.

I had to wake up early for meeting at work, and by the time lunch rolled around, I realized that I hadn’t felt the normal level of movements from baby yet that day. As I ate my lunch, I tried to remain calm despite freaking out internally. I texted my husband for some moral support. I racked my brain for when I last felt movements from Jelly Bean. I opened the PALS app and started the Baby Movement Tracker tool for the first time, solely focused on any sensation from my belly. After fifteen minutes, there were thirteen movements. 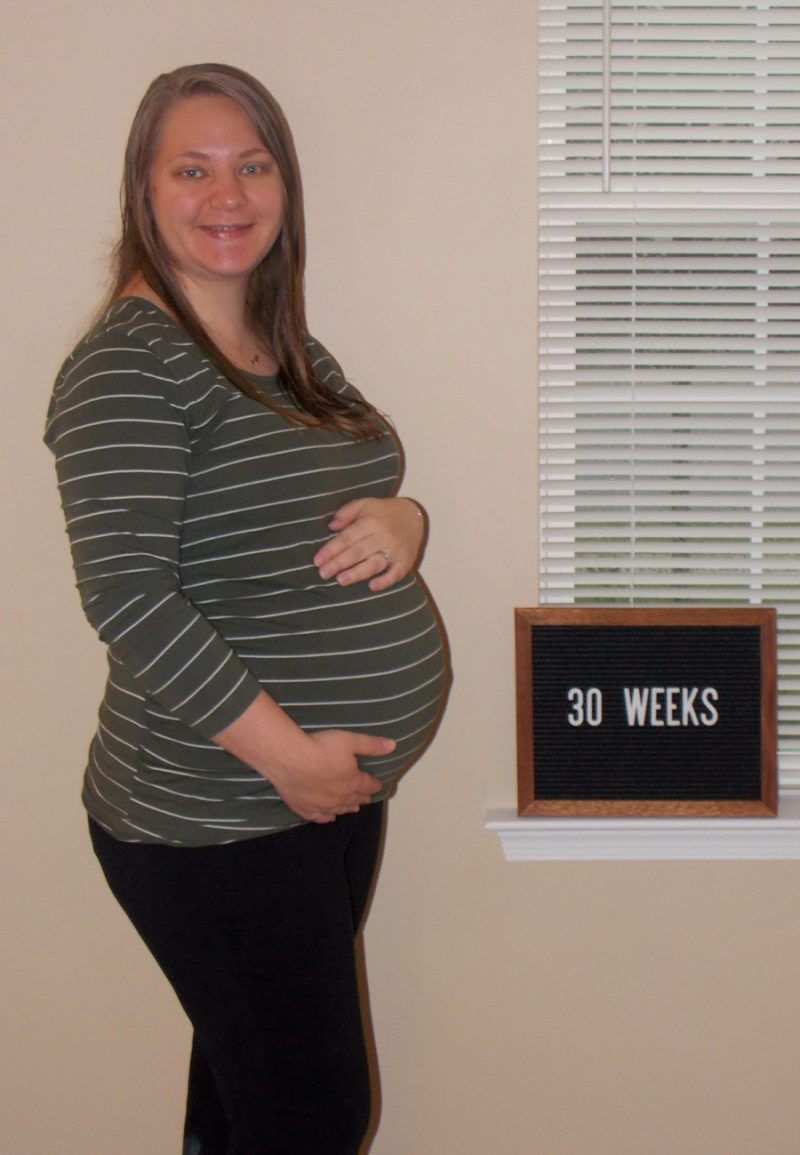 I began to breathe, releasing the tension from my body. The rest of the afternoon was split – half paying attention to the meetings I was in at work and half continuing to monitor baby’s movements. Jelly Bean was a champ the rest of the day, showing off just how much they were moving. I texted my husband the news and his response made me smile. “Awesome! Best news I have heard all day.”

I realized after some reflection that my early start to the day meant that I didn’t have my relaxing, normal morning.

With how hot it has been this summer, I normally spend a few minutes after my shower relaxing and cooling down before getting dressed so that I can avoid overheating. During this time, I become in tune with my body and baby’s movements as I mentally prepare for the day ahead, where I get a healthy dose of reassurance that Jelly Bean is alive and well.

When I didn’t have this time that morning, self-doubt sank in so quickly without that reassurance once I realized I wasn’t sure the last time I felt them move. I think a lot of that self-doubt is not only because of losing Austin, but the way that fateful day played out. When the doctor was using the doppler and then the ultrasound to try and find his heartbeat, they didn’t say something like the classic line of, “there is no heartbeat.” Instead, they asked, “When was the last time you felt the baby move?” And when we got to the hospital, they kept asking the same thing over and over again.

I understand that they were trying to determine what might have happened that led to Austin’s death. But by asking that question in that way at that moment, it felt like they were putting all the blame on me, despite the numerous times I had raised concerns surrounding his movements the entire pregnancy. I struggled a long time with the idea that I could have done something more that would have prevented his death. That he might still be here, almost a year and a half old, running around the house or playing with his toys.

Ever since my reality check, I have been taking more and more time every day to monitor Jelly Bean’s movements.

Every kick, jolt, and shift that I feel brings me peace and reassurance. Austin’s movements never felt anything like this because of his anterior placenta so I just keep reminding myself that history does not need to repeat itself. I have the ability to know everything that I can about Jelly Bean’s unique movements and patterns so that I can take action in case there are concerning changes.

About the Author: Emma DeVanzo

Emma DeVanzo is currently pregnant with her third child after two losses last year. Her first child Austin was stillborn at 39 weeks and 4 days on April 10, 2020. Despite many tests, the exact cause of his death was never determined. She also experienced a chemical pregnancy in September 2020. Emma found writing letters to Austin extremely therapeutic and continues to do so as she navigates her grief and child loss in a pandemic. She hopes to bring comfort and strength to others on their pregnancy after loss journey through her bump day blog. Emma enjoys traveling the world with her husband and hopes to return to doing so in the near future with an additional traveling companion. Emma is an accounts receivable manager and resides in the Philadelphia area.