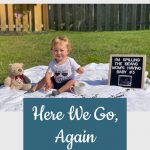 Week 14. Finally in the throws of the 2nd trimester – what they say is the “safe zone.” But is there really ever a “safe” zone for loss moms? I mean, we know, that at any given moment things could go awfully wrong. Which is just terrifying to live with such a dark cloud over your shoulder. 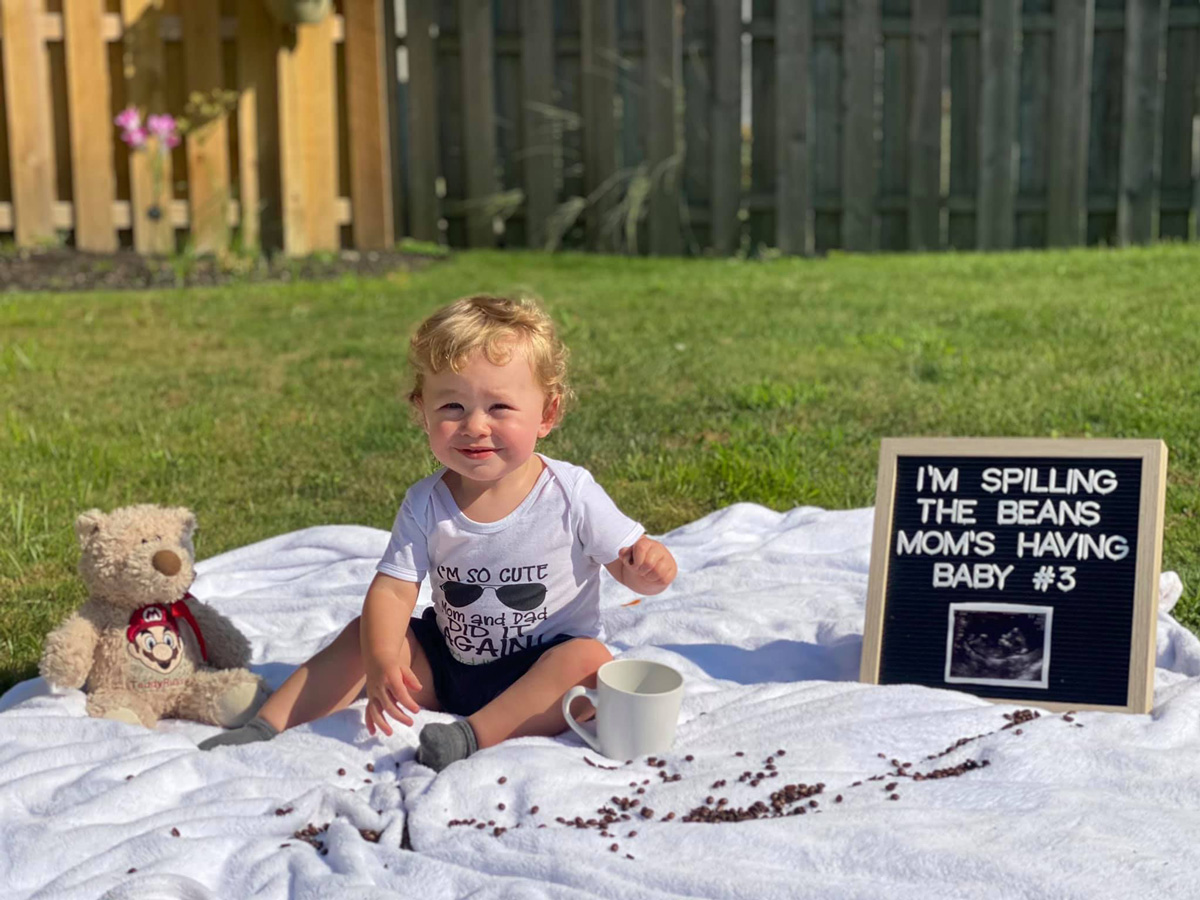 With my rainbow baby, that’s part of the reason we announced at 7 weeks.

After a hospital scare for some bleeding, I decided – enough was enough. If something happened, I’d want the same support I received from my beautiful family and friends that I received when our first son passed away. The son that I announced at 12 weeks, because everything I was reading about announcements was all about hitting that “safe zone.” Which we now know does not exist any longer. Now my current little “bean” – I was waiting again. Not for a zone. Part of me wanted to wait until we knew the gender. But the other part of me was just waiting because I was too anxious. I almost fell into this dark place, wondering with each day that passed by if I was really going to make it to the next without falling apart. Slowly but surely though, we made it here – to week 14. My world knows we are expecting our 3rd child and the support has been wonderful. The dark cloud still lingers, but keeping myself occupied with a toddler and business helps keep my mind (and hands) busy.

My current pregnancy is being followed by a wonderful high-risk team.

With both of my past pregnancies – I experienced PPROM (preterm premature rupture of membranes). Basically, my water broke too soon. With Teddy, I was a mere 21.5 weeks pregnant, and he passed away during labor before they could medically intervene. With Nathan, I was thankfully at 36 weeks and was able to deliver via c- section after arresting at 8 cm (34 hours of labor and ending in a c-section.. not that there’s anything wrong with a C – but I felt so drained and defeated). Regardless, my beautiful rainbow had arrived. I fully believe the progesterone shots I was taking is the reason my son is here today. My new doctor made it clear that “if it’s not broken, don’t fix it”. So this pregnancy will be treated the same way as my last. Which gave me major relief, and is giving me hope going forward.

I’ve finally made the move to trade out my regular clothes for the maternity clothing I had sitting in storage (although I refuse to give up a few shirts because they’re my favorites). I know I get to see our little bean in just a little over two more weeks for my first cervical length screening. Some people may be annoyed by having so many appointments, but I’m thankful for each and every one. Making sure our little one is safely in my belly where he or she is supposed to be. For now – I keep my toddler my main focus and I try to have a little patience as we wait for the next appointment. Forever (mentally) holding my breath – but holding onto hope. Now if only I could muster up the energy to keep up with the tiny human who runs this house.