Creating Art and Meaning After Loss

For weeks after my first pregnancy loss, I lay on the couch, only going through the motions of everyday life. I did not know how to continue to exist in a world where my pregnancy had ended and my child had died. A part of me just wanted to do something. I hated lying around and being unproductive. My body had ceased to support a child, and yet I still felt the need to create something. I wanted to create something out of my loss.

After losing a pregnancy, our minds feel broken. Our bodies are exhausted. Simple things like going to the grocery or doing laundry feel like monumental tasks. Going to the doctor’s office for followup testing is excruciating, if not impossible. To do these things, we each find ways of coping with the grief and pain that fill our minds. In the book Grief Unseen: Healing Pregnancy Loss through the Arts, author Laura Seftel suggests that one way of coping is through creative arts. She writes: “Creative expression has always been a central part of how human beings make sense of their place in the world.” In her book, Seftel shares stories of women who experienced pregnancy loss and found their way through the pain by creating art. Seftel herself experienced a miscarriage, and found meaning through writing and art. “Without really planning it, art…became my primary outlet for healing from miscarriage.”

What Seftel discovered is that, following a loss of any kind, we have a need to make meaning. Art is one way that we can do this. After my losses, I was drawn to my own artwork knitting and sewing. Though I couldn’t bring myself to finish the baby blankets I had started, I did begin sewing dresses and skirts for toddlers on my Etsy store, Restless Weaver. I found comfort in creating dresses for someone else’s daughters, and allowed myself to imagine the daughter I would someday have. I lost myself in the colors of the fabric, the details of the design. In those moments in front of my sewing machine, my sadness and anger lessened. My stresses seemed to weigh less on my shoulders. I could set aside some of the pain I felt from losing a pregnancy and focus on creating something new. 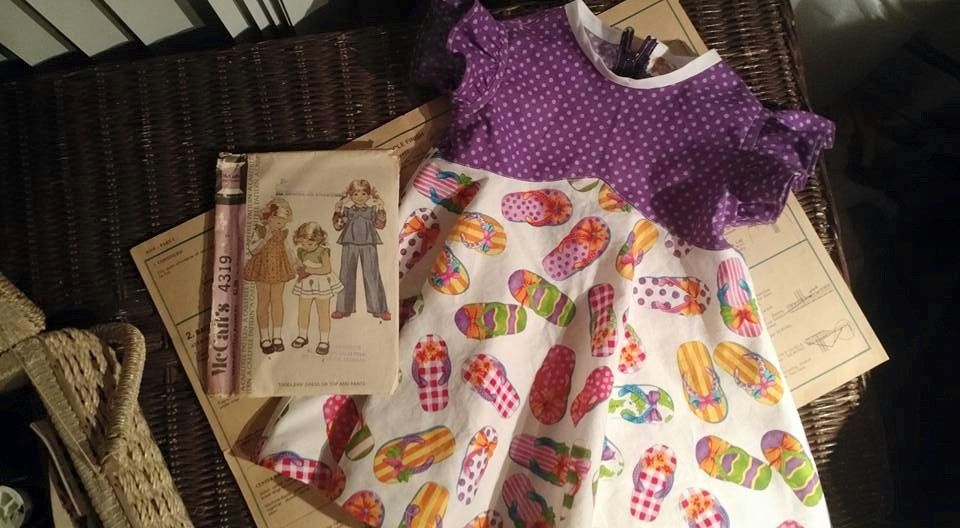 For Emeline Tate-Robertson, it was natural to turn to art following the loss of her daughter Mackenzie. “Art for me has always been therapeutic and something I can’t live without,” Emeline shares. “I’ve always had a need to create. After we lost Mackenzie, I found myself more absorbed in my art and design work.” Inspired by the cherry blossoms that flourished the week her daughter lived, Emeline organized a project with fellow artists, asking them to create art inspired by cherry blossoms. By Mackenzie’s first anniversary, the collection included more than seventy stunning prints of cherry blossoms. 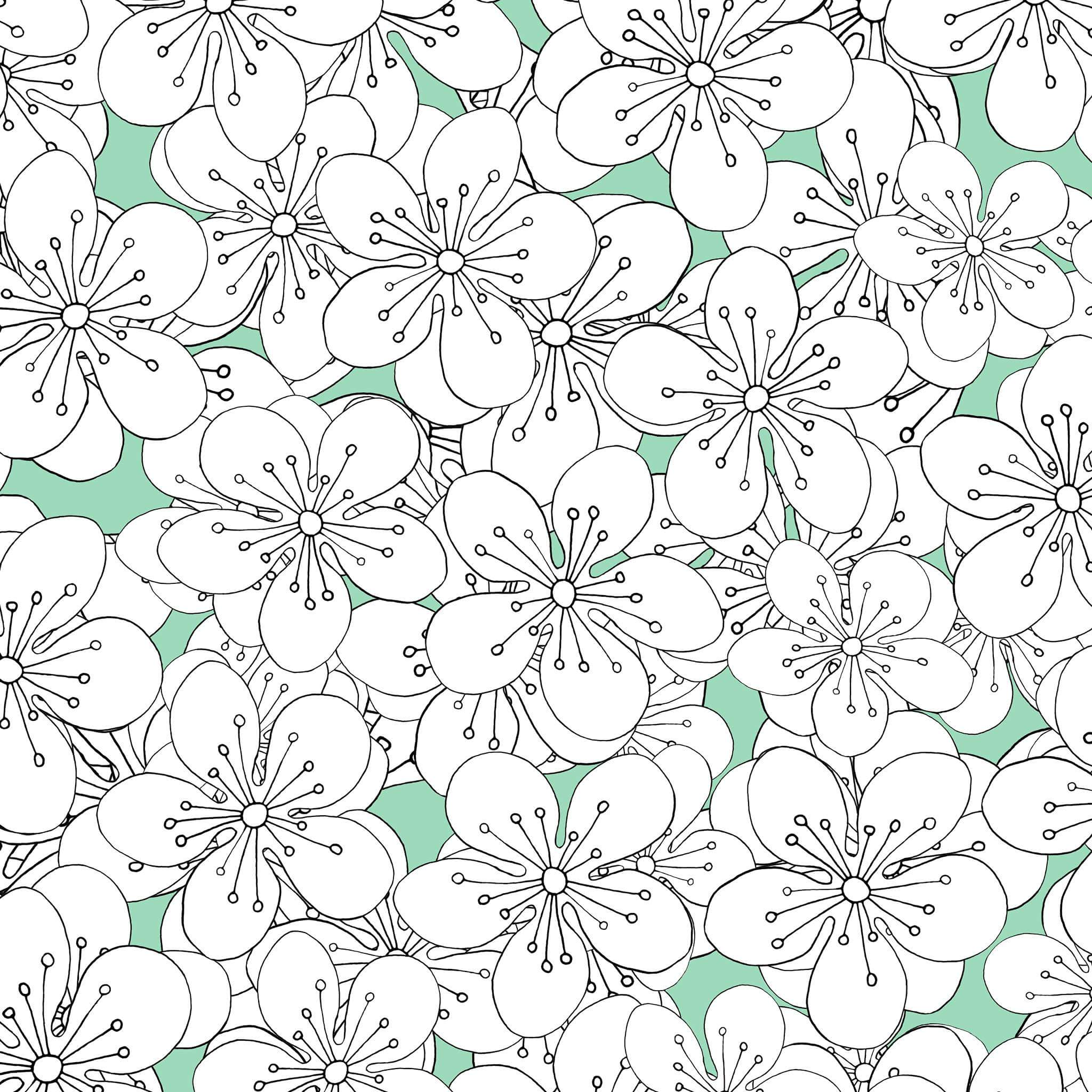 Other moms have used art as a way to find meaning following the loss of a pregnancy. Samantha Barlow had never done much crafting prior to the loss of her daughter. After seeing the work of a photographer in Australia, Samantha began painting names of lost babies on stones and photographing them at the beach near her home. She shares the photos on her Facebook page, Tiny Wings. “We went as a family and did them,” says Samantha. “Often, I would cry seeing all those baby names in one place. But then I also smiled at the thought of them altogether, and people passing those names and wondering about who they are.” Samantha has continued photographing names memorialized in beach sand, on pebbles under trees, and on brightly colored leaves. This summer, she even took a photography course to improve her skills. By creating something for others who have gone through similar losses, she has been able to journey through her own healing process. “It has helped in my healing process,” she says, “I think doing something so meaningful for other grieving mums, who can be at the start of their grief journey, gives me a sense of purpose.” 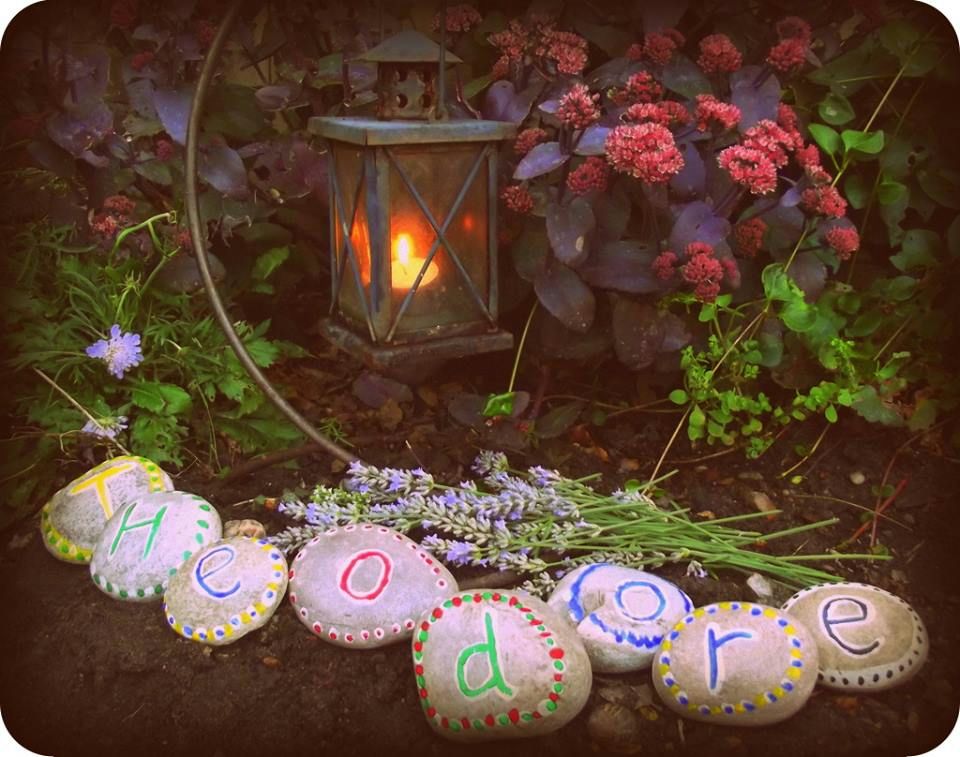 After my own losses, I struggled to find my own purpose. I was supposed to be growing a child, but instead I was laying on the couch watching Netflix. I was frustrated by the exhaustion I felt. I wanted to do something, anything. Other moms describe the struggle to find something to do following a loss. “After my second daughter was stillborn in October 2012, I found myself at a loss for what to do with all the the time I had that was supposed to be dedicated to this new little family member who never came home,” says Jules Cotterell. Jules didn’t have much interest in crafting before her daughter, Anastasia. But following the loss, she began working on projects to give herself something to do. Two years after her daughter’s birth, she was inspired to create keepsake boxes for each of her daughters, so that when her living daughters were older, she and her husband could share the memory of Anastasia with them. Now Jules creates similar boxes for other parents and sells them on her website. “My most enjoyable part is making people happy and knowing that they have a special place to keep their most treasured memories.” While many of the boxes go to parents whose children are still alive, some go to parents whose children, like Jules’s daughter Anastasia, have died. Though it is difficult, Jules says that creating the keepsake boxes for those parents is healing, because she can give those families something that will help keep the memory of their children alive, something that has been very important to her with the loss of her own daughter. 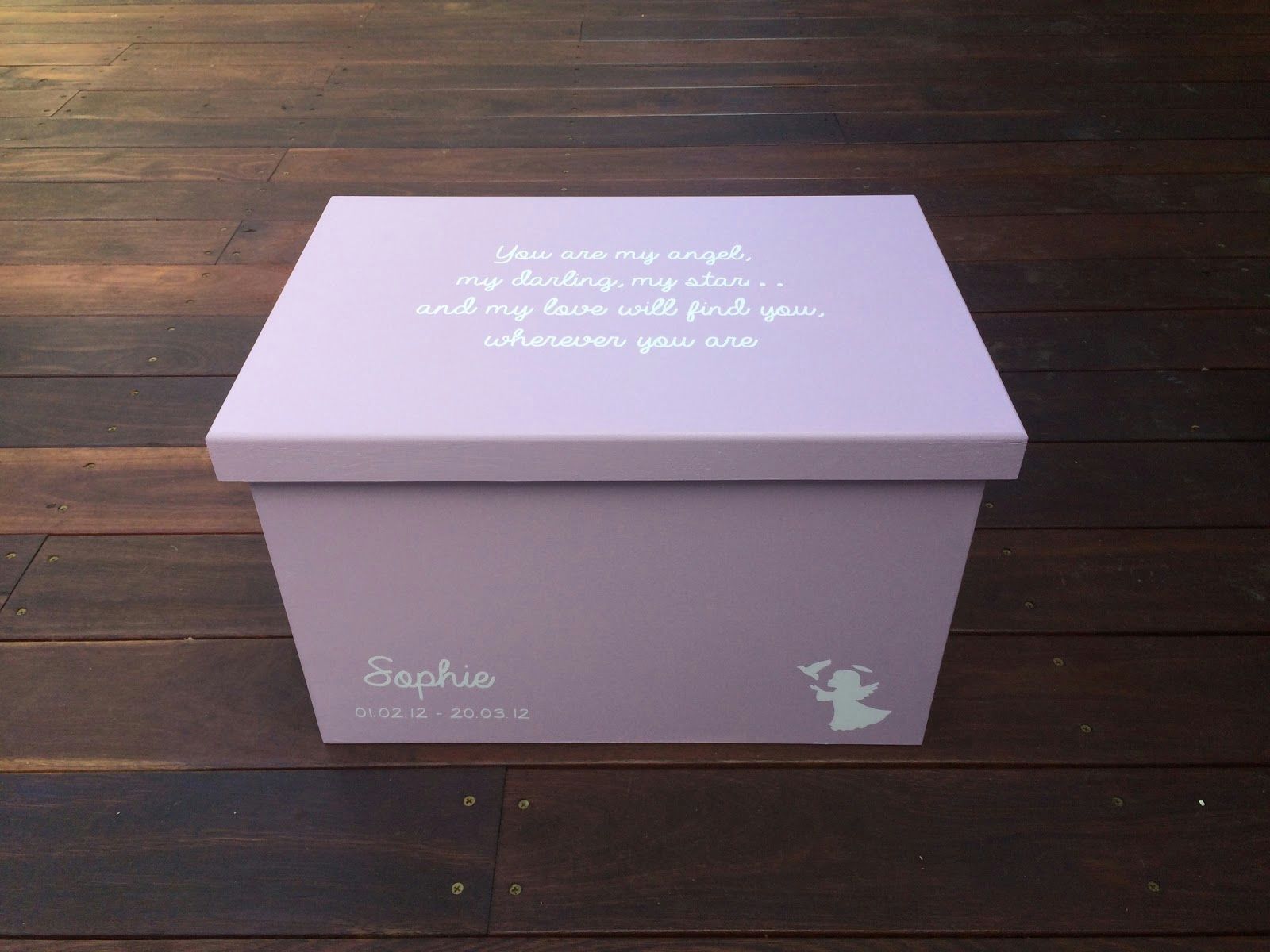 Many women who find meaning through art following loss find a way to connect their art with the loss community. Samantha accepts donations for her photography, which go toward local charities that helped her through her own losses. Meran Byleveld, who is currently pregnant following her loss, sews memory quilts for other parents whose children have died. After her own loss, a stranger gave Meran a quilt to remember her son, Rueben. “The inspiration to sew for others was simply ‘paying forward’ something that had impacted me so much.” Valerie Meek, who is pregnant with her first child following the loss of her son, Patrick, creates and sells birth announcements for all parents on her Etsy page, Meek Manor. Though Valerie says she does get emotional while working on items for children, both ones who have died and have lived, she says she appreciates the emotions. “I think there’s a new level of empathy and understanding that hurts when you know someone else is in pain and feels tremendous joy when you hear about new life. I want to commemorate, through grief or celebration, these big moments with families.” Valerie’s work as an editor for PALS is another way she is able to share in those moments with families. Through her work, she has found ways to reach out to others and help them through their own journeys.

Creating after loss whether it is photography, knitting, scrapbooking, graphic arts, or something else helps
many find meaning in the midst of loss. Some may create for themselves; others may donate their work to charities. No matter the method or the reason, the act of creation itself helps us to heal from the tragedy of losing a pregnancy or a child. For those of us who lose a child before we are able to hold them in our arms, the act of creating something out of the memory of that child is powerful. It allows us to hold something tangible in our hands, the very thing our loss robbed us of. It gives us a purpose to continue on, even when our hearts are broken and our bodies are in pain. Though we might be told by friends and family that there was some reason behind the loss, we cannot imagine there is any reason that would make that loss worthwhile. Yet perhaps it is not that the losses happen for a reason but rather that we create meaning from the loss. By helping others to heal from their own losses by photographing names on the beach, Samantha Barlow was able to find a sense of purpose. “It means my daughter didn’t die in vain,” she says. “It wasn’t meaningless.”