A Connection with My Father During my Pregnancy after Loss 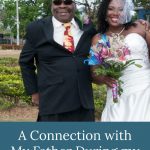 It has been six years since my father died. I know this without thought because my daughter recently turned six years old and each year my joy over her birthday must first give way to my sadness over my father’s death. I do not wish to be dramatic. I loved my father but I was never a daddy’s girl.

He was funny and charming and kind to everyone he met but we were not especially close. 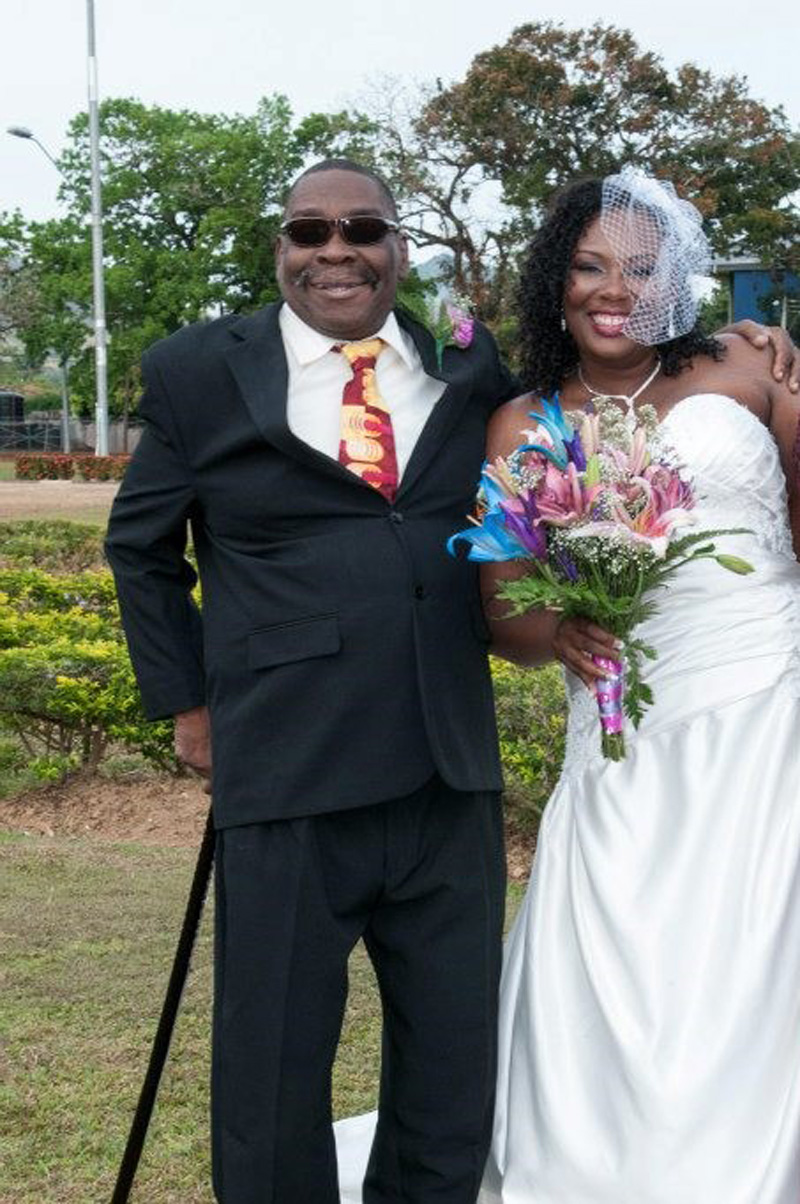 Pops and I on my wedding day March 24th, 2013 – Author’s Personal Collection/Natasha Carlow

My father worked hard all of his life and he was able to turn a basic education and skill as a mechanic into a career as a police officer. It was a job that he loved and was proud of. That was one thing I always admired about my father. How much he loved his job. I do not think I have ever loved a job as much as he did. As I grew older, I learned to take the bits of my father that worked and leave the parts that didn’t, so that by the time I got married I was happy that he was still around to give me away.

Soon after our first anniversary, my husband and I experienced the pain of miscarriages. I was fresh in my grief when my father told me how sad he was and how much he was looking forward to bouncing my babies on his knees. I didn’t answer but I can see now how in his own way he must have been grieving along with me. A few months later his health deteriorated so badly that he became bedridden, and soon after that his mind became cloudy and he would slip in and out of lucidity. His brushes with dementia ranged from funny to saddening to frightening. And oftentimes he would ask me about my babies that had passed as if they were still here.

When I became pregnant again after two miscarriages, we thought it best not to say anything to my father.

I would like to say I wanted to protect him from having to remember the details of another pregnancy but honestly, I was tired and hated speaking about babies. Plus, I had very little hope that the baby would survive anyway. One day, early into my new pregnancy, I went to visit my father who looked at me and asked about my baby. Assuming that he was once again confused, I sigh exasperatedly and reminded him that the babies had all died. ‘No, not those babies,” he responded, “the new baby. Why didn’t you tell me about the new baby?”

Shock registered all over my body. I wasn’t showing yet so how did he know? Did one of my siblings tell him? Did my mother? Was this just his confusion? But I didn’t have a lot of time to ponder this because he wasn’t done with me. My father continued:

“I know that things didn’t go the way you hoped before, but Natasha this time everything will work out, this time you will get to be a mama!”

I had never had such a moment with my father. My mother was the one concerned with the details of my life and honestly, I wasn’t sure that my father knew very much about me. But laying on the bed that would become his death bed, my father knew more about me than even I did. He knew with steadfast faith, that the child I was carrying would make it to my arms. Again, I do not wish to be dramatic or assume that he had some deep spiritual knowledge of the future that those close to death are thought to have. No, I think instead what he had was hope. The kind of hope that I was still struggling with.

I could argue that my father didn’t give me much throughout my life but that would be incorrect and ungrateful. He sacrificed a lot for his family. His ten children were all cared for and we all have fond memories of the man who made everyone feel welcomed and could weave a tale, tall or otherwise like no other. But beyond the gap in my tooth and the shape of my face, my father gave me something so much greater. He gave me the courage to believe in myself and in the child that I was carrying.

My father died two months before my daughter was born and yes I often think about how close they would have been.

Today I look at my daughter, a little girl who a friend recently noted looks so much like my father. I look at her and her sense of humor and even her fussiness all remind me of my Pops. I often watch on the sidelines as she, the consummate daddy’s girl, and my husband have their special moments and my heart swells. I love their love. I am so blessed to have a husband who cares about the details the way my husband does. But more than anything, I pray that in my daughter’s darkest moments that my husband can, as my father did, inspire her to hope and to believe.

This month we celebrate Father’s Day and I want to send a very special greeting to our PAL Dads. The ones who are still waiting on their precious babies, the ones who are holding our hands at doctor appointments and talking us through our anxieties. The ones who put their own grief aside and make sure that we are doing okay. Fatherhood is important, too important to be limited by loss. So I want to wish you a gentle, beautiful Father’s Day and to say thank you to all the fathers and husbands who form part of our community. We could not do this without you!