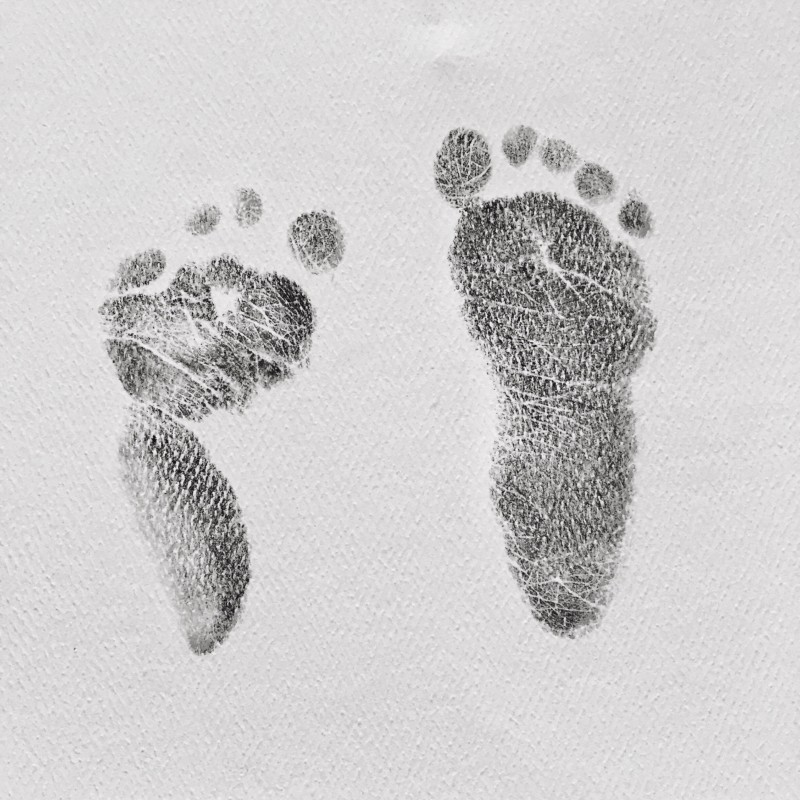 Our first thought as we write this post is that we are writing to a community of parents—mothers and fathers alike—who understand loss. While the details of each of our stories vary, we who find ourselves linked through Pregnancy After Loss Support (PALS) are forever connected through the painful memories and scars that we hold in common. This community into which we’ve been thrust feels like a sort of purgatory; none entered willfully, and none may opt out. We live in a society fractured into narrowly-defined identity groups, which tend to divide more than unite. Having just celebrated Father’s Day, we want to reflect not on our own tragedy, but on the universality of perinatal loss.

In 2015, our first daughter was diagnosed in utero with Hypoplastic Left Heart Syndrome (HLHS), a rare congenital heart defect that affects fewer than one thousand babies in the US per year. With six months before her birth to plan for her care, we sought the best available medical advice and were boosted by the assumption – and constant assurances – that statistics were in our favor. Her first few years would be challenging, we were told, but she would be a perfectly normal little girl.

We were fortunate to live in New York, where our insurance covered her care at a center run by one of the country’s leading pediatric cardiac surgeons. Born on May 4, 2016, Lotte lived only 12 days after three unsuccessful heart operations. We had to endure the unspeakable agony of watching our newborn baby girl be hooked up to a jungle of IVs, cords, tubes and machines in an cold, sterile atmosphere that was completely bewildering. I sat in the corner, behind a curtain, pumping milk for her.

From the perspective of maternal care, we were completely naïve in trusting the advice of our supposedly “high risk” maternal care group that the mother would be given the best possible care and that a planned induction was the only option. In reality, the high risk group was notably absent from the entire process of the induction and birth, which ultimately ended in an emergency c-section. We are both forever grateful that the very competent head of OB practice at the hospital happened to be on shift and probably saved our daughter’s life.

Our Entry into the Community of Loss Parents

We first encountered the Congenital Heart Defect (CHD) community during the period of optimism before Lotte’s arrival. This was an atmosphere that exuded compassion and optimism, not one grounded in grief. Most of the discussion was anecdotal, though well-meaning, and penned almost exclusively by mothers. Their children were thriving and smiling in photos, so why wouldn’t our daughter? I don’t recall encountering the subject death at that stage. The conversation was heartwarming but naïve.

After Lotte’s death we discovered the underside of the community where parents who had lost children to CHD held a shadow court. Again the discourse was largely maternal, narrowly focused on a specific medical condition, and off-putting due to the saccharine sentimentality. I (Adam) remember feeling that as a father I was unwelcome in this mothers’ club. Where were my peers, I wondered? Did we not have our own space?

Another troubling issue was the heroicizing language used to describe these little “heart warriors”—an issue not specific to congenital heart disease but which permeates other types of serious illness. If some pediatric patients are ‘warriors’ ‘heroes’ or ‘survivors,’ where does that leave the rest of us whose children do not survive? While the use of this heroicizing language is surely intended to empower children and their families, the sort of language used to describe children who ‘battle’ serious illness can likewise produce seemingly un-intended dis-empowering effects among those not included in the battle. Thousands, actually, millions prayed for our daughter’s survival by following her story on the Humans of New York (HONY) Facebook page.

We were fortunate to welcome Lotte’s little brother, Otto, on September 6, 2016. We only found PALS belatedly, after a subsequent early miscarriage in February 2018. While we are fortunate to be pregnant again (with a son expected around Christmas), we so understand the uphill battle PALS parents face.

We understand that the experience of loss does not end when you have your healthy “rainbow” child.

We understand that the experience of loss is universal and not pigeonholed to one sort of illness or cause.

We understand how one’s number of children includes not only those living but those who died.

We understand that the experience of loss affects both mothers and fathers, differently but equal in magnitude.

We understand the challenges and joys of parenting after loss.

We understand the primeval cries uttered when a child has an accident and one can only imagine ambulances, hospitals, and the unimaginable.

We understand the bittersweet sadness accompanying family-centered holidays like Mother’s Day (the first of which we spent sitting by our daughter on life-support).

We understand the sadness accompanying milestones, like birthdays or preschool graduations, imagining where one’s dear child should have been.

We understand how loss can bring a couple irrevocably closer.

We understand how parenting after loss can sometimes feel ‘normal,’ unburdened from all the prior sadness, and how one can get caught up in scrapes, scratches and bumps.

We understand the feeling of utter hopelessness when one has lost a child.

We dedicate this post to the courageous community of fellow PALS mothers and fathers and the universal experience of losing a child.

Megan Brandow-Faller is a PALS Meet-up Leader in Manhattan, NY. She is a wife, mother, and author of multiple books and scholarly articles and met her husband Adam on a train in Styria, Austria in 2002.