The Case for Seeing a Therapist During Pregnancy after Loss 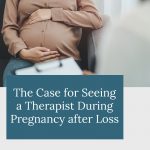 I was talking to a friend recently about my current pregnancy. It’s my fifth pregnancy, but my fourth after loss. I had just passed the gestational age at which I lost my daughter, Lily, and I was telling my friend how hard it was again to make it through that time. It seemed silly to me that after going through three successful pregnancies, I would still get so worked up around that time frame. She responded that while you’d think it would get easier, “Trauma doesn’t work that way.” And with that I was reminded that much of the anxiety and fear I have is not based in my grief, but in a traumatic event that happened to me eight years ago. 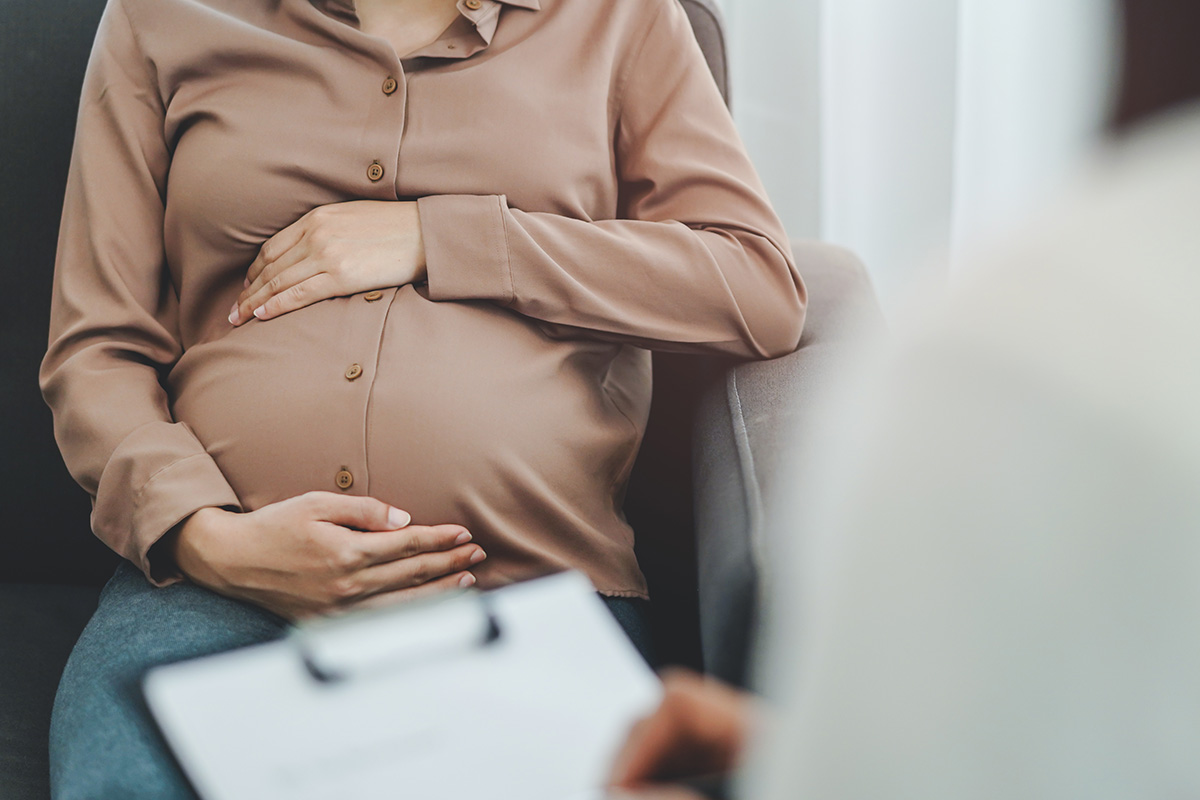 It reminded me that it’s one reason why I think it’s so crucial to see a therapist while going through a pregnancy after loss.

I saw a counselor after losing Lily, and I stayed with her for my rainbow pregnancy. It was through that time, my pregnancy after loss, that I thought my therapist really shined, and really helped me work through a lot. I expected to grieve my daughter. I did not expect to be triggered so much during my subsequent pregnancy.

A therapist was able to help me cope with so much surrounding the pregnancy. She helped me cope with nightmares during the first trimester. I had so many scary dreams about loss during that time. Dreams that were just about bleeding or nightmares about having a baby but having to turn it over to someone else who got to keep it. In our discussions, she found out that I had a habit of reading my pregnancy books before bed, or journaling about the pregnancy before sleeping. She suggested “keeping it light” and reading something funny, or watching a sitcom before bed, so the last thing I thought about before falling asleep wasn’t baby-related. A simple solution that helped immensely. One that I would not have come up with, and one that other moms I met who’d been on this journey before had not suggested.

And that’s another thing. Support groups are amazing. In fact, I facilitate a pregnancy after loss support group in my local area. There’s nothing quite like conversing with someone who’s going through the same journey that you are. The women in those groups understand almost exactly what you’re feeling and why. But sometimes, you can get caught up in someone else’s medical drama or mystery and start fearing it for yourself. And other times, when you need to be talked off the ledge, the group can push you closer to the edge by causing more anxiety. That’s when a therapist can help. They’re objective and they can bring you back to rational thought.

My therapist also reminded me that I needed to take time to celebrate the baby and to celebrate my own motherhood.

It’s a sign of great love to not only honor the child you lost, but to also try again despite all the odds and everything you’ve experienced. When I told my therapist that I wasn’t planning on buying anything for the baby – a common feeling among PALS moms – and that I didn’t want a baby shower, she asked me, “In the unlikely event that you lose this baby too, do you think it will hurt less because you didn’t buy that cute rattle, or you didn’t have a shower to get all those things?”

The answer is unequivocally no. We all know it hurts no matter how much stuff you got, or how little you bought before your loss. The therapist was there to remind me of that and to help coach me on being able to find that joy and excitement about having another baby. Even if it was only for a few minutes a day. Find something to get excited about, she said. You don’t have to fake it, but there is something you are looking forward to. Just try to find it. Sometimes for me it was just thinking “because I’m pregnant, that ice cream tasted amazing today” and that was enough to help me smile during a time it was hard to believe the other shoe wasn’t going to drop at any moment.  A therapist helped me do that.

She was also there to help ease anxiety before appointments. She helped me learn to trust my medical team and advocate for myself if I didn’t understand a particular treatment plan, or needed more information before making decisions.

She was one of the first people I called after my rainbow was born.

It didn’t end there though. Once I got pregnant again two years later, and I thought I was handling it all so very well – using the coping mechanisms and tools she’d given me with my first rainbow pregnancy – I discovered at an appointment at 23 weeks that I needed her again. That pregnancy was so very different than the first two. The problems I’d experienced with Lily and with my rainbow, Dexter, were not surfacing with that pregnancy. At this appointment, the doctor came bouncing in to tell me that everything looked great! “You’re a normal pregnant woman!” she happily reported. With that I burst into tears. I’d spent all this time learning to live and cope in a world where things could go wrong at any minute, one filled with responses to trauma, that I wasn’t sure how to function any other way. I didn’t know how to handle a “normal” diagnosis. So, I saw my therapist again. She helped me once again navigate the experience and learn to fully appreciate and honor all my feelings during the pregnancy even if nothing was going wrong.

To be honest, I didn’t see her during my last pregnancy in 2015, although I should have because many other issues surfaced in that pregnancy that I hadn’t experienced before and was really stressed out over. I regret that decision.

As my friend mentioned, it doesn’t matter how many times you have done this, there are triggers that affect you in ways you sometimes don’t even realize. I’m still anxious and I’m still trying to cope with things that happened eight years ago, but seem like they happened yesterday – especially when I’m back on that table having an ultrasound, or facing labor and delivery. I have a great support system in place with my own community here, my friends and family, and know they will help me in whatever ways they can. But in dealing with effects of trauma and how that impacts my pregnancy – only a therapist can help with that. So, I scheduled another appointment with her for this pregnancy.

If you haven’t tried it, I encourage you to do so.