A Blue Bird in the Rough: A story about terminating for medical reasons, miscarriage, infertility and IVF 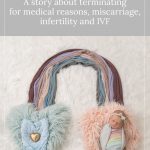 It was 11:55 am when I glanced up at the clock in an effort to remember the moment when I had to say goodbye to my little boy.

I remember the clock,
I remember one of the nurses had a big head of bushy blonde hair,
I remember the 2 doctors just standing there looking at me with sadness in their faces,
I remember another nurse holding my hand and talking to me during the procedure,
I remember being covered in warm blankets,
I remember saying how much we wanted to keep him and how much we loved him and how I didn’t want to do this, but it was the right thing. They just listened.
I remember screaming in pain and the doctor asking to increase the cocktail of sedatives.
…And then I remember waking up and it being over with.

Never did I think I’d have to end a wanted pregnancy.

We started trying to conceive almost immediately after we got married in May of 2016. I was in my 30s and I was finally ready. I hadn’t worried or cared too much about having children before. I was focused on my career, getting established, and putting money in the bank – you know, the practical approach. Still, time was ticking, and we forged forward, thinking ahead of all the to-dos and plans we’d make after we got pregnant.

One month turned in to two, then three, then four, five, six. The new year came and went, and we still weren’t pregnant. I eventually reached out to my OB and we started on the path to diagnosis. A year passed by. Failed IUIs, hormone therapy, and monitored cycles rendered a closed fallopian tube deemed “useless” or “off-limits”, our only resort, we learned, was IVF. We were devastated. I sat crying in the parking lot after that doctor’s appointment – knowing that the only way to have a child of our own was going to cost us thousands of dollars and even then there was no guarantee.

After getting the news, we decided to take December off and just enjoy the holidays. I was fortunate enough to have health insurance that would help with IVF, so we made plans that and 2018 would be the start of something new, OUR year. It was going to be hell and hurt us financially, but we were going to do IVF and have our baby. But that’s the thing about plans, they always seem to get interrupted.

On December 29, 2017, I took a pregnancy test, because why not? And it was positive. POSITIVE! 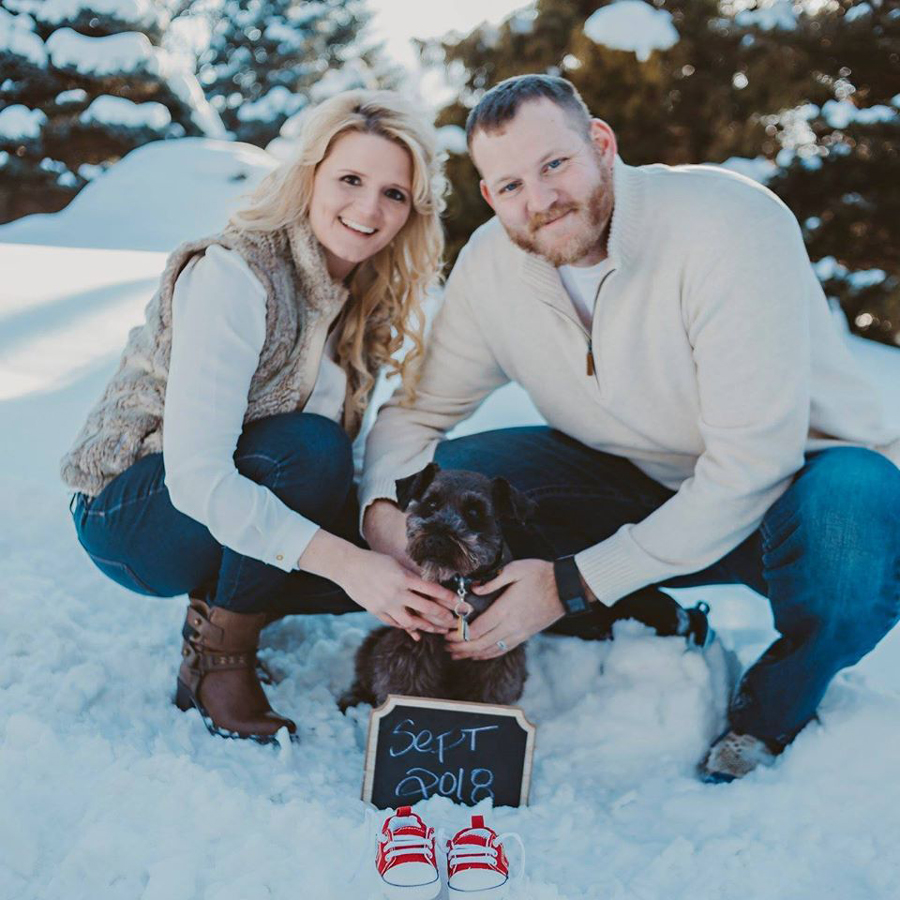 Our first ever positive pregnancy test. Four weeks later we had an ultrasound and saw our sweet little gummy bear, just wiggling around, heart thumping. We were finally going to be parents.

The first trimester came and went totally uneventfully. I had the typical morning sickness, we shared our announcement photos and at my 12-week appointment, I was given the option for prenatal blood testing to scan for chromosome abnormalities. Totally routine for my age. The chances of having a positive trisomy was something like 1 in 6,000. So, I took the test and carried on. I mean, really? Something that rare…could never happen.

I will never forget the day that we found out our son was terminal. It was very cold. I ordered Jimmy Johns for lunch at work. My lunch was waiting for me in the lobby when my phone rang. It was my doctor. I thought, “that’s strange why is my doctor calling me and not one of the nurses?” I had never been pregnant before, so I just thought, ok, I guess this is what they do.

“Incompatible with life”…“terminal”…“will not survive”… “Trisomy 18”

I wrote it all down on a scratch piece of paper. She even gave me her cell number to call when I had more questions. I stood up in a trance, grabbed my purse, the piece of paper, and left. I didn’t know what to do with my lunch, so I just took it. I mean, I was still pregnant. I just sat in my car in the parking lot for about an hour trying to figure out what I should do. I thought about rushing somewhere, like they do in movies, get to an injured loved one who’s at the hospital. I stared out at nothing; looking at the trees, the birds, and asphalt just wondering, where was I supposed to rush to? I felt numb and swallowed up in shock. This can’t be real. My world seemed to split open and fractured but there was no clear next step, nothing I could do to help my child.

We scheduled a follow-up CVS/Amnio test and met with a genetic counselor to learn more about the disease our son had. There was always a case of a “false positive” and it does happen. We clung to that hope. Clung to the idea that this was just a mistake. We wanted a baby so badly, tried for so long, how could the universe take him away from us?

The second test came back.

Our son would likely never survive in utero. If he did, he would be stillborn upon delivery. If he did somehow survive the birth, he would only live for a short time and be in immense pain before passing away. Our son had no path to life. He was terminal and it was a miracle he survived this long. “It’s because my body wanted him so badly,” I told the doctors.

We were given a number of options, which we weighed and discussed heavily. We were told by all our medical professionals that this was a complete fluke, we hit the “shit lottery”, it wasn’t inherited, nor genetic. It was a cold comfort as we struggled to decide what to do. It was so hard. I’ve always been pro-choice, but this was the child we’d wanted for so long. We knew intellectually that our sweet baby boy had no path to life and might even suffer post-delivery, but still, we agonized over ending a much-wanted pregnancy. It’s something I know I’ll always struggle with. In the end, though, we decided we needed to terminate for medical reasons (TFMR).

In the days after we said goodbye, I scoured the internet for support from anyone who went through what we did. I eventually landed on an online forum of some of the most amazing women I’ve ever come to know, other mothers who’ve had to terminate for medical reasons. It was our own little corner of the world. When I shared my story, one kind commenter said, “You took on a lifetime of pain and suffering, so your son never had to.” This has always stuck with me.

In the following months of losing our sweet boy, I did what I could to honor and remember him.

I wanted so desperately to keep his spirit alive, to feel him again, to know he was ok. I looked for signs, messages from the universe, anything. I even met with a psychic medium to somehow bring me “closure”. Many of our passed loved ones came to visit and provided some beautiful messages and so did William. The medium said they called William “Blue Boy” on the other side, which struck me as odd. Where the heck did that name come from?

And then I started to notice things. Small signs. The bluebird that lives in our backyard. I remember seeing this bird every now and then and thinking how unusual it was and just how beautiful this bird always looked. It stayed around, hovering and making its nest near our house. I always look for that bluebird when I’m outside and every time I see it, I take a moment to just watch it and tell William just how much I love him.

But that wasn’t the end of our story.

In the following months after we said goodbye to William, we made our plans for IVF. We still wanted desperately to be parents and to bring home our baby. Secretly hoped we would somehow get miraculously pregnant again like last time, but now we were petrified of having to go through another possible termination. So, IVF with PGS (genetic screening) was our best option.

We would spend the next year in the IVF clinic.

11 cycles. I would go on to have 3 egg retrievals, 3 FET (frozen embryo transfers), 3 canceled cycles, 1 failed transfer, and 1 devastating missed miscarriage at 7 weeks. It was a grueling marathon of a year. The shots, the hormones, the pills, waiting, waiting, endless waiting, without any firm hope in sight. Excitement then let down, followed by the disappointment, frustration, anger, and ever-present sadness. Only to have to go through it all again. It was brutal.

I was in the clinic 4x a week during the height of a cycle. Driving to and from the clinic, nearly 2-hour trip each way, in the middle of winter. I cried on each ride home, which is why I often chose to make the trip myself each time. I just never knew what kind of news I’d get from those appointments. It felt like I was trapped in a prison. I could see everyone on the outside going about their lives, blissfully unaware, and here I was just stuck in this never-ending loop. I was always either headed in to, in the middle of, or coming out of an IVF cycle – it felt like there would never be a time where I could just enjoy my life again.

William’s one-year “anniversary” came and went, and I was still child-less. Feeling so incredibly beat down from IVF, we somehow summoned the energy to give it a final try. On May 2, 2019, we transferred a beautiful “full blastocyst” and on Mother’s Day 2019, I found out it worked. 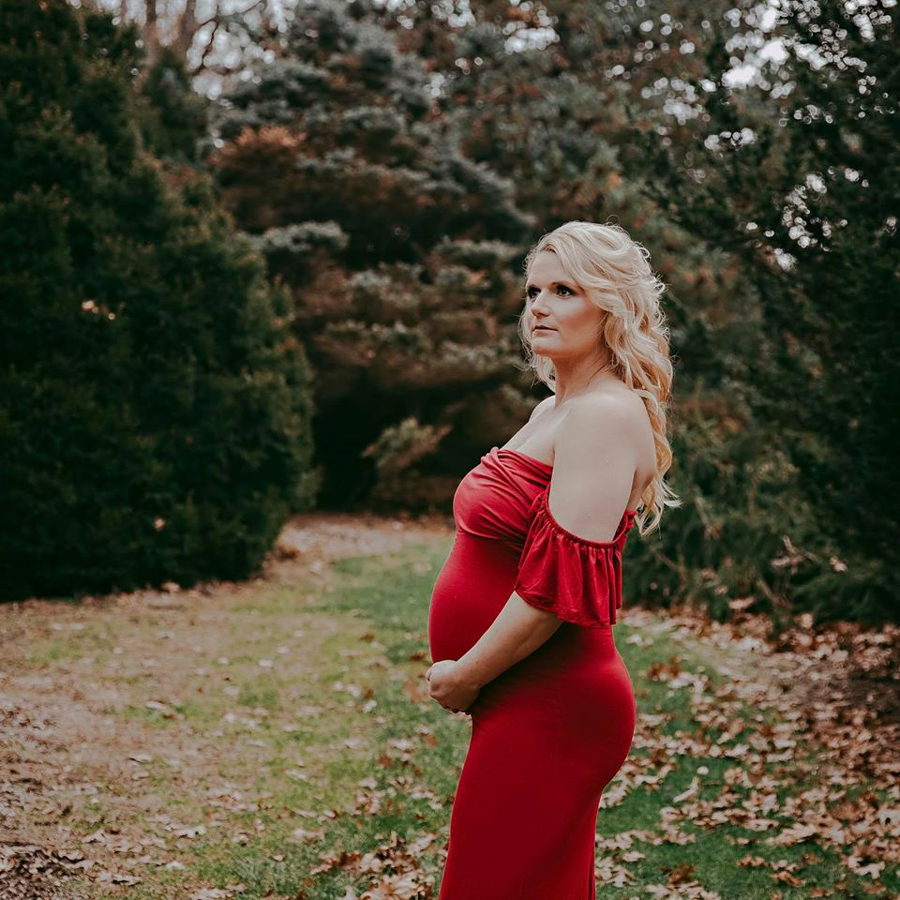 We were cautiously optimistic. We held our breath for further genetic testing, ultrasounds, and viability scans. I often felt robbed of the pregnancy naivetés that so many women feel. Full of PTSD and bitterness, it was hard to really open my heart to the possibility that “this was it”, that it was finally happening for us. Our perfect little miracle was thriving.

On January 7, 2020, we welcomed our daughter, Palmer Grace, into this world. 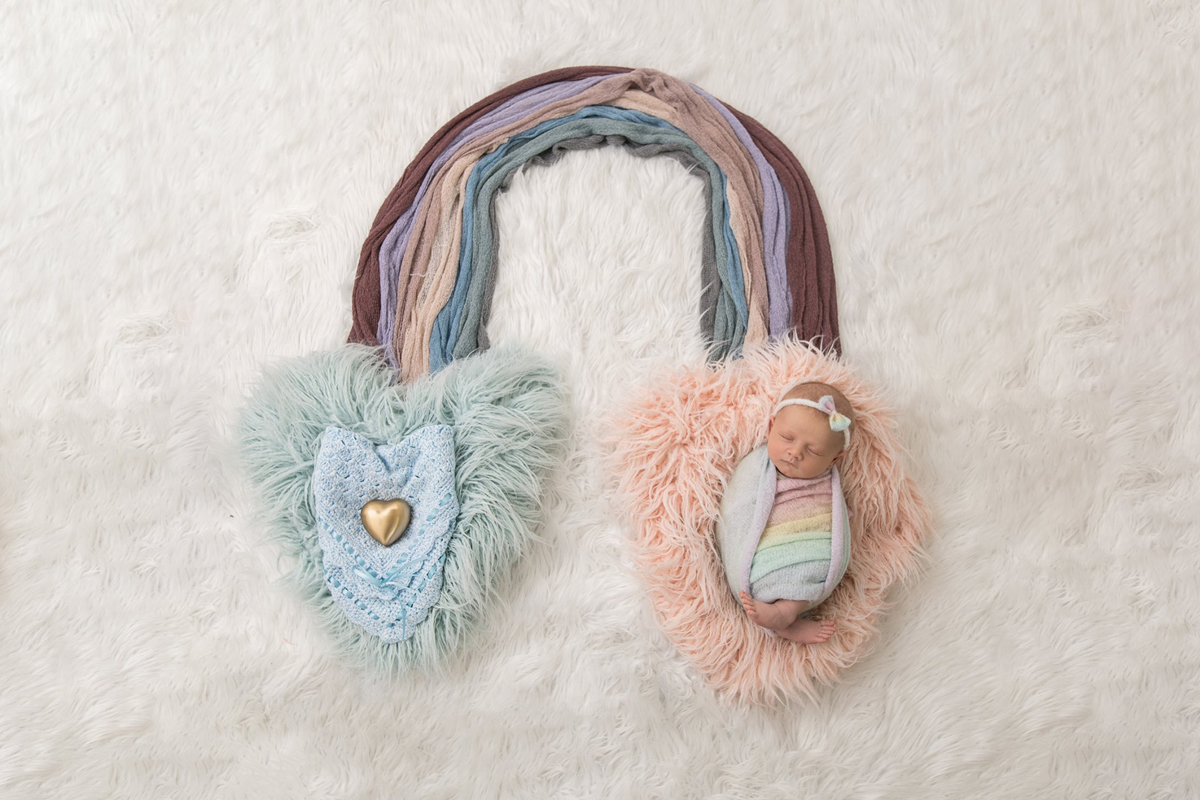 A happy, healthy, beautiful, and blissfully unaware soul. She’ll grow up knowing about her brother in heaven, that she’s an IVF miracle baby, and just how much we love her. And on our way home from the hospital with our baby, that beautiful bluebird flew passed our car. We pulled over to just watch it fly, gracefully, hopping from branch to branch. I like to believe it was William, watching over us, telling me that he’s ok. The bluebird and my daughter – a beautiful end and beginning to our story.

About the Author: Alison Frederick

Alison Frederick lives in Iowa with her husband Tom and one living child, Palmer, and her fur baby, Bleu. Since 2016, they've battled infertility, miscarriage, TFMR, and IVF to eventually bring their rainbow miracle baby earthside. With their angel, William, in their hearts, they cherish every second they have with Palmer. They’ve found healing in sharing their story and helping other couples navigate the highs & lows of infertility & IVF. You can follow Alison on Instagram.