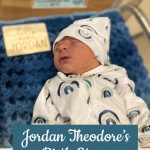 When I got out of bed and saw bright, red blood trickle down my legs, I felt so annoyed. I was 36.4 weeks pregnant and I had just spent the previous day in the ER because I had been contracting a lot and I thought my water was broken. After hours of sitting in observation and worrying my whole family that I might be in early labor, my membranes were intact and they told me I should just go home and take it easy. So, when I saw red the next morning, I was so irritated that I was going to have to call my OB office yet again with another issue that was likely nothing but my anxiety couldn’t let it go.

This was my second pregnancy in a year–my first ended at 21 weeks when I lost my son, AJ, to a congenital heart defect–and I had plenty of anxiety to call the office about.

I had called asking about extra scans to check the baby’s heart and because my OB wanted to help keep me sane, she obliged. In one of those frequent scans, I was diagnosed with a short cervix and spent most of my second trimester afraid to sneeze. I had called my OB office almost weekly at this point so calling again in less than 24 hours made me feel like an absolute looney toon!

Much to my chagrin but not to my surprise, the office nurse told me I needed to be evaluated so I had to go back to the hospital. I told my husband to go into work because I likely was going to be sent home again. I left my house that morning with laundry in the washing machine because I was certain I was going home.

At the hospital, my cervical exam was the same and there was no obvious place the bleeding was coming from. The plan was to keep me in observation for another hour or so and then send me home…again. While I was waiting to be given discharge papers, I had a big contraction but I could still breathe through it so I thought nothing of it. Then the nurse came in and asked me to turn on my side. And then she asked me to turn on my other side. Then the doctors came in.

After a few minutes of flipping me side to side, things calmed down. I had a prolonged contraction which caused the baby’s heartbeat to decelerate. The baby had recovered but this little blip meant we were not getting sent home. My OB, the same OB who had initially diagnosed and delivered my first son and held my hand through the last 36 terrifying weeks, came in to talk to me and my husband. She counseled us that though our baby was a little preterm, she felt the risk of sending us home and potentially losing another baby wasn’t worth it. 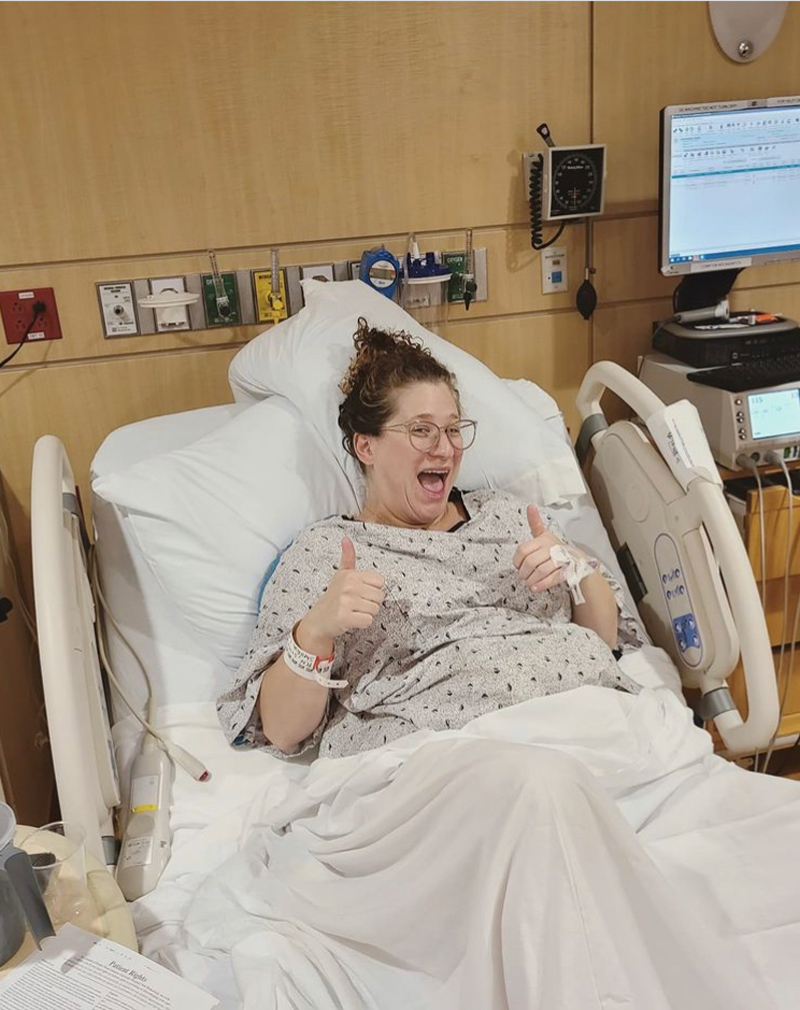 This was it. It was finally not a false alarm, it was baby time!

Because I was only 36 weeks, I had never gotten a GBS swab done so I needed IV antibiotics as a precaution. About 30 minutes into my first dose, I broke out in full-body hives. I have never been that itchy in my life! Eventually, the hives went away and once I was feeling better, I had Pitocin started to help move my labor toward. After a few hours of very painful contractions, I asked for an epidural. The epidural placement was brutal and by the end of it, I just wanted to try to sleep. I could still feel pain on my right side and the anesthesiologist offered to redo the epidural but the thought of having to endure that again was not an option. I tilted myself to the right, the doctors broke my water, turned off the lights, and said they would give me a few hours to rest.

Around midnight, a sea of people came running into the room. The baby’s heartbeat had dipped dangerously low and now was completely off the monitor. Again, I was asked to flip to my left and then to my right, and then to the left again. I was given an oxygen mask and then helped to my hands and knees where one of the nurses continued to frantically find the baby’s heartbeat. I could see the doctors in the back corner of the room start to get dressed for a c section. I broke down in hysterics while I listened to the doctors and nurses try to explain to my husband what was going on. With all of the interventions, the room was filled with the loud sound of my baby’s heart rate getting faster and faster until it was back to normal. The nurses and my husband assured me that my baby was okay and to take deep breaths. They helped me get situated again in the bed while one of the residents explained that if that happened again, we would likely need a c section. We agreed and spent the rest of the night, wide awake and afraid of what the next emergency might be.

At 7:00 AM we were greeted by the same nurse who was there when we delivered our first. Seeing her was so overwhelming and so comforting. We were so excited to have her be there for this moment of our family!

When I finally made it to fully dilated and started to push, I thought this baby would come flying out of me.

Two and a half hours later, my ‘everything I had in me’ pushing finally had us close to meeting our baby. The NICU team was waiting at the baby warmer since we were only 36 weeks. My OB had come in specifically to be the one to deliver our second child. I had spent almost two years imagining what it would be like to get to hear my child cry and see my husband cut the umbilical cord and have this special moment of relief that our child was alive and ours. I was so ready.

I gave the biggest push I could muster and out came the head…along with both hands pressed against the face. I could tell by the look on the face of the doctor and the nurse, something was wrong. The doctor turned to the NICU team and said, “This is a shoulder dystocia,” and the mood of the room completely changed. What was supposed to be this hugely triumphant moment quickly turned into pure terror.

The baby was stuck. And every second the baby continued to be stuck, the umbilical cord was being compressed and my baby wasn’t getting any oxygen. I could feel the doctor pulling on my baby while the nurse pressed with her whole body weight on my pubic bone. Waves of nurses and residents came into the room to help. Finally, there was a POP and our baby was born–another little boy!

And then there was silence. He wasn’t crying. The doctor quickly handed his limp body over to the NICU team. I completely broke down. I was terrified that I had given birth to another still baby. All of the memories from my first delivery came rushing back and I loudly sobbed uncontrollably while I waited for someone to tell me what I expected to be bad news. The nurse grabbed my face, looked me in the eyes, and told me, “He is okay. It isn’t going to happen again. You are going to take him home. He is alive.”

Finally, I heard a cry! He was crying! The NICU team swaddled him and brought him over to me. His poor little face was so bruised and blue from his dramatic entrance into this world. He looked like he had been in a boxing match and lost badly but he was here….finally! 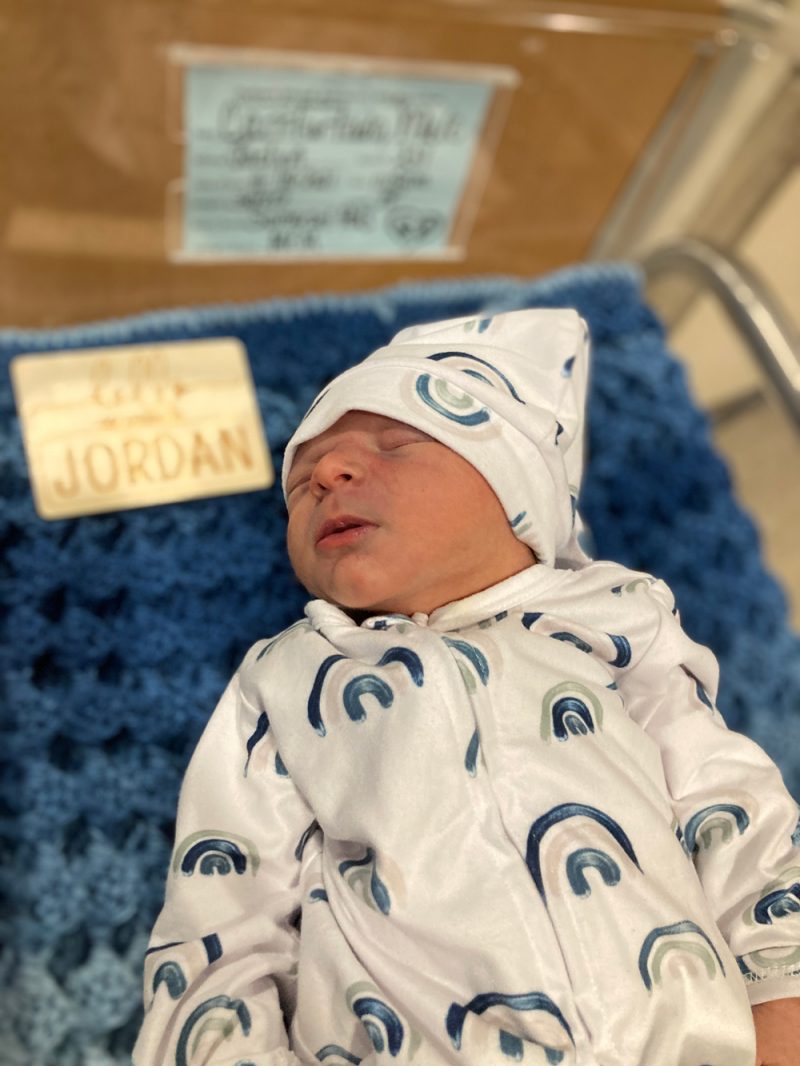 Jordan Theodore was finally born and we were finally taking a baby home with us. 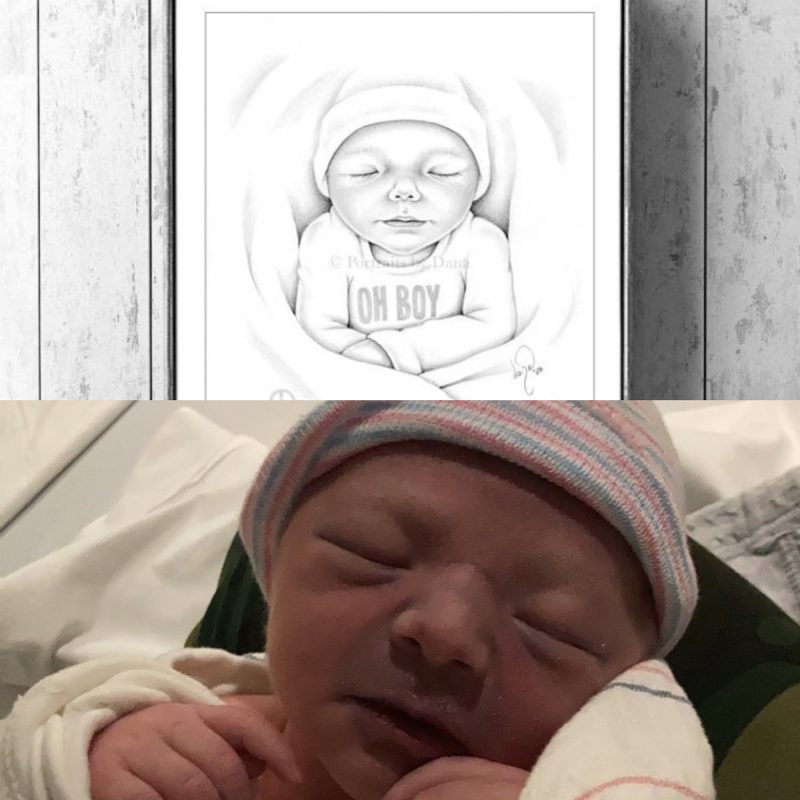 Everyone asked who he looked more like but I couldn’t see me or my husband in him. I just saw his older brother.

Jordan’s delivery was scary and traumatic and nothing like I had envisioned when I found out I was pregnant again.

I was very angry that I didn’t get my big “moment”–the moment when baby is born and everyone is so happy and crying and overwhelmed by gratitude and love for this new little life. I do mourn not being able to experience that. But both of my birth stories, while EXTREMELY far from perfect, I got to experience other moments. Moments that showed me how tough I am. Moments that reminded me how good of a team my husband and I are. Moments where I felt like I couldn’t survive, and yet, I did. I learned so much about motherhood and myself through my deliveries. While I 100% would prefer to not live through anything so traumatic again, I know I can handle it because I can handle anything. 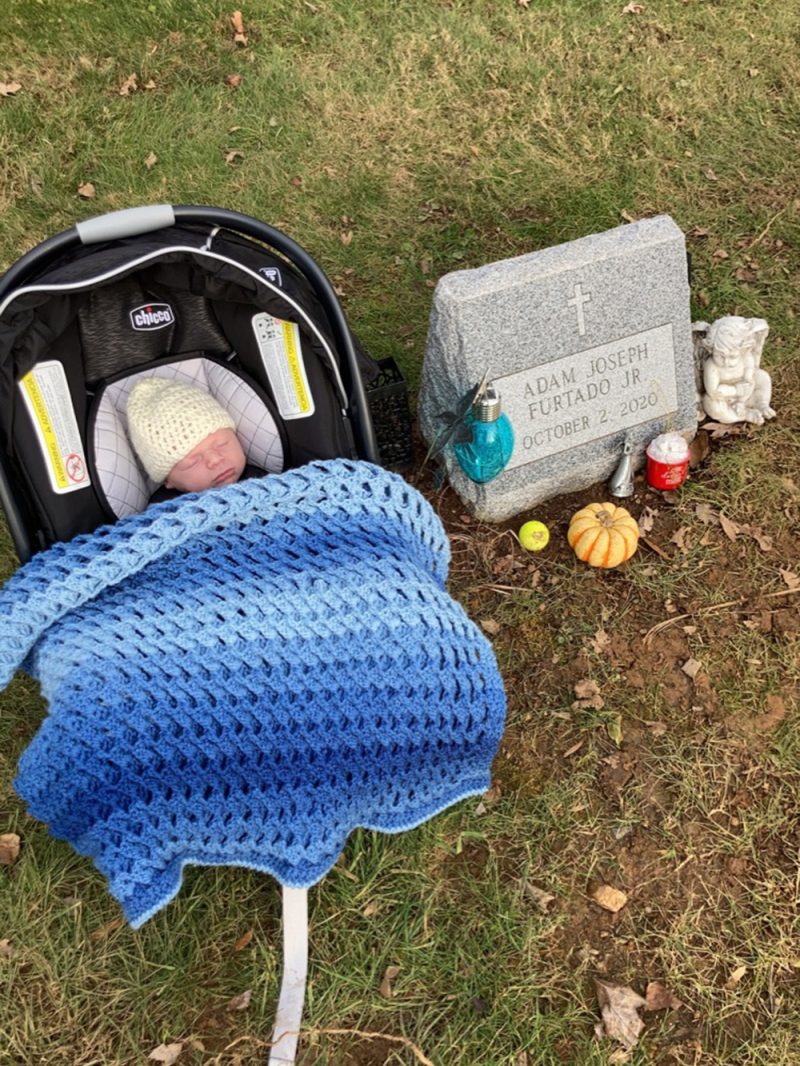 About the Author: Jackie Furtado

Jackie Furtado is an unconventional boy mom. She lost her first son at 21 weeks to a congenital heart defect in 2020 and she recently welcomed her second little boy this past November. When she’s not navigating motherhood, she is a nurse at a reproductive endocrinology group and competing in triathlons.